5  After World War II the United States struggled with the Soviet Union in the Cold War, leading to a costly arms race between the two superpowers.  The United States adopted a policy known as containment to keep Soviet communism from expanding its power.

6  The Truman Doctrine in 1947 outlined the Marshall Plan, providing economic aid to nations threatened by totalitarian regimes.  The United States fought two wars that were the consequence of containment: ◦ the Korean War (1950–1953) ◦ the Vietnam War (1964–1973).

7  In 1989 the Soviet Union collapsed, splitting into Russia and 14 other separate nations.  This ended the Cold War and changed the political environment of the world.  In the years after the Cold War, the United States sent troops to Iraq, Somalia, Haiti, and the former Yugoslavia in order to protect American trade interests, encourage democracy, and advance human rights.

8  In the Persian Gulf War, the United States defended Kuwait against Iraq, protected American oil interests in the Middle East.  The US began programs aimed at preventing Iraq from developing weapons of mass destruction.

9  The September 11, 2001, terrorist attacks on the United States led to President George W. Bush’s war on terrorism and the preemptive invasion of Iraq.  After the initial military deployment, the United States kept a large number of troops in Iraq and pledged long-term aid toward the development of a stable democratic government there.

14  In 1973 lawmakers passed the War Powers Act, which forbids the president from sending armed forces into combat for more than 60 days without the consent of Congress.  Congress can refuse to provide funds for military action.

16  Congress passes most foreign policy bills and treaties the president proposes although it could block presidential foreign policy proposals and even initiate policies of its own.  Presidents’ policies have enjoyed bipartisan support in Congress.

17  The president has advantages over Congress in conducting foreign policy. ◦ 1) As head of state, the president is the leader of the entire nation, and only the president can speak for the United States. ◦ 2) The president receives advice daily from the Department of State and the National Security Council, in order to respond rapidly to events.

18  Both the president and Congress are influenced by public opinion.  Organized interest groups may affect foreign policy bills.

21  The Department of State is organized into six geographic bureaus that analyze information about specific foreign policy topics in those regions.  More than half of State Department employees serve in other countries.

22  The United States maintains embassies in the capitals of 136 foreign countries where U.S. ambassadors and their staffs reside.  Embassy staff members advise the State Department about the politics and policies of the host government.  The United States also maintains consulates in major cities of foreign nations to promote U.S. business interests and safeguard travelers.

23  The Department of Defense (DOD) supervises the armed forces of the United States and ensures that those forces are strong enough to defend its interests.  The Founders wanted to ensure that civilians had the ultimate authority in military affairs.  Therefore, the president and Congress control the armed forces.

24  The Department of Defense is the largest executive department, with more than 700,000 civilian employees and about 1 million military personnel.  The Departments of the Army, Navy, and Air Force are major divisions within the DOD.  The United States Marine Corps, under the jurisdiction of the Navy, maintains its own leadership, identity, and traditions.

25  The president, the National Security Council, and the secretary of defense rely on the Joint Chiefs of Staff for military advice.  The military has used two methods to recruit soldiers: conscription, or the draft, and volunteer enlistments.  Women as well as men may volunteer to serve in any branch of today’s all volunteer armed services.

27  The United States has committed itself to defending three regions of the world: ◦ 1) Western Europe and the North Atlantic ◦ 2) Central and South America ◦ 3) the island nations of the South Pacific.  After World War II, the United States and several Western European nations formed NATO to protect themselves from domination by the Soviet Union.

28  After the Cold War ended, NATO’s role changed: ◦ NATO expanded its mission to include global crisis intervention and peacekeeping, opened membership to former Soviet satellite nations, and formed a partnership with Russia.  In 1947 the United States and Latin American nations signed the Rio Pact, a mutual defense treaty, and in 1948 formed the Organization of American States (OAS).

31  The United States sometimes denies benefits to nations that follow policies it dislikes.  It does so by applying sanctions or withholding loans, arms, or economic aid.

32  The United States has, on occasion, had to use military force to settle disputes with other nations.  Since World War II, the United States has committed troops in Korea, Vietnam, Grenada, Panama, the Persian Gulf, Haiti, and Bosnia. 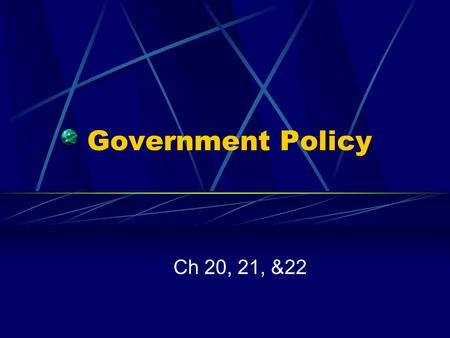