2 History Docket 23220 ERCOT Protocols Approval ERCOT shall develop additional measures and refine existing measures, to enable load resources a greater opportunity to participate in the ERCOT markets. As many of these measures as possible should take effect by January 1, 2002, because existing Commission-approved tariffs addressing load resource participation in the markets will expire this year.

5 Demand Side Task Force Created by WMS in June of 2001 First meeting of the Task Force was August 14, 2001 with over 100 attendees Responsible for refining Loads Acting as a Resource (LaaRs) and Balancing Up Loads (BULs) The first LaaR was Occidental Chemical on a pilot basis in early 2002 In May of 2002, systems were in place for LaaRs “BULs and LaaRs for Dummies” guide was drafted in 2002

8 Project 26055 Status of Recommendations Change Protocols so that LaaRs and BULs may schedule their load resources through a REP/QSE other than their supply contract REP/QSE: no action Develop non-discriminatory measures of performance (loads and generators performances measured according to same rules): no action Adopt a nodal market design with day-ahead markets and locational pricing, and apply MCP to all resources: Nodal design has been adopted, locational pricing will not be applied to loads

9 History Late 2002/2003 ERCOT created a staff position dedicated to demand side issues a second position was later added Demand Side TF and Profiling Working Group worked together on Direct Load Control procedures, but the project was not implemented Demand Side TF developed procedures to allow interruptible loads to substitute for RMR contracts Cap on responsive reserve that could be provided by LaaRs was raised from 25%-50% October 2003 BUL qualification procedures were finalized (no BULs yet)

10 Docket 32615-Petition of Chaparral Steel Company, Structural Metals, Inc. and Nucor Steel Texas for the Adoption of a Rule to Implement Tiered Frequency Response Service Proposal would allow former instantaneous interruptible rate customers to participate in demand response programs and institute a service with a longer term commitment than a LaaR The petition was supported by ERCOT and Fox Smolen and Associates CPS, Reliant Retail, TXU Energy, Texas Competitive Power Advocates, TIEC, STEC, and TXU ED filed comments in opposition of the petition. “After considering the petition and comments received, the commission denies the petition. The issues raised in the petition will be addressed in a new project in which the commission will consider a range of potential issues associated with increasing demand participation in the ERCOT market.”

11 Generation Adequacy Rulemaking 31972 Emergency Load Response (ELR) was considered Other proposals were made “After reviewing stakeholder comments in response to this question, the commission believes that the ELR concept needs further stakeholder input and review before the commission decides how or even if it should be adopted as a backup resource-adequacy mechanism. As a result, the commission has decided not to adopt this subsection. The commission may further consider whether a resource-adequacy backstop is needed and, if so, how it should be structured as a part of Project No. 32853.”

12 Final Order 31540 Nodal Protocols While the Commission will not make any changes based on the recommendations suggested in this proceeding, the Commission recognizes that participation by loads is beneficial to the wholesale and retail markets and should be encouraged. Based on the recommended changes, the Commission is concerned that the protocols as adopted by this Order may not allow full participation by loads. Therefore, the Commission directs that a separate project be implemented to examine load participation in the new nodal wholesale market, including an examination of the issues that were raised in the current proceeding, as well as other methods of including and encouraging load participation in the ERCOT markets. Recommendations produced by this project will be examined by the Commission, ERCOT, and stakeholders, and if found to be feasible and implementable, future revisions to the protocols will be necessary. 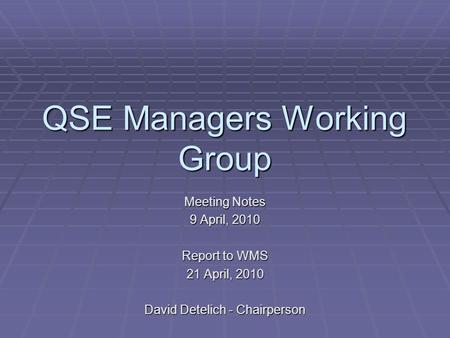 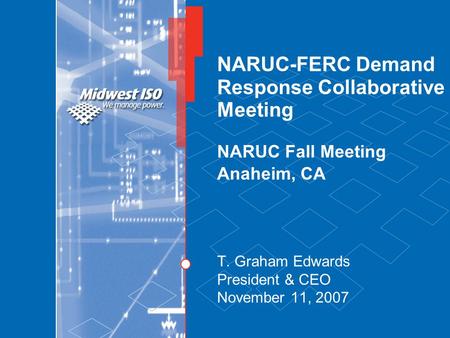 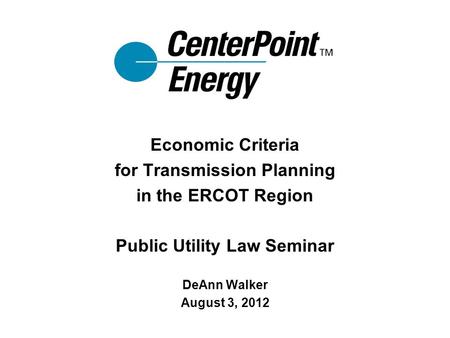 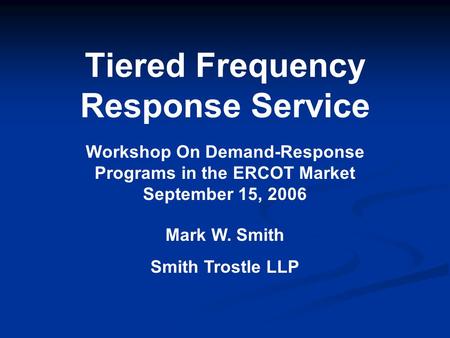 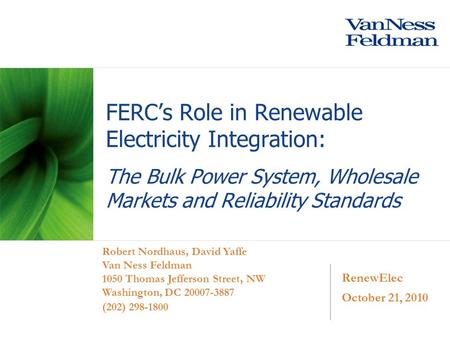 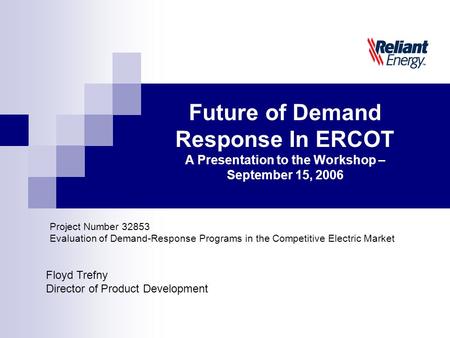 Floyd Trefny Director of Product Development Future of Demand Response In ERCOT A Presentation to the Workshop – September 15, 2006 Project Number 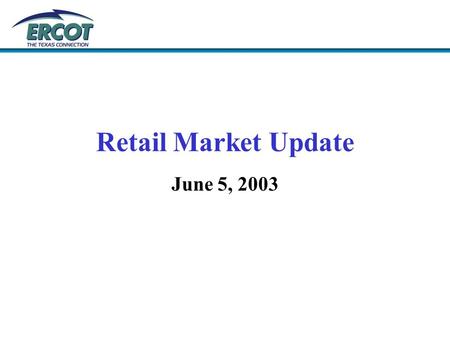 Retail Market Update June 5, New meter is requested for a specific customer’s location. 2.Application is filed by customer and/or the customer’s. 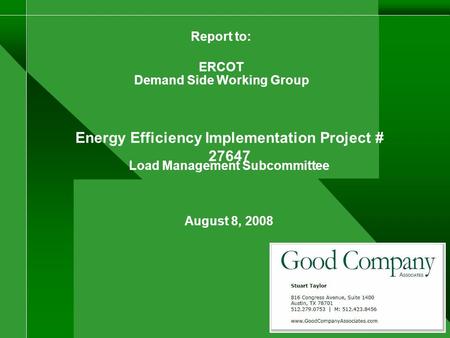 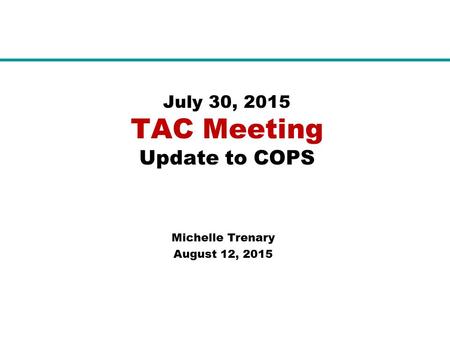 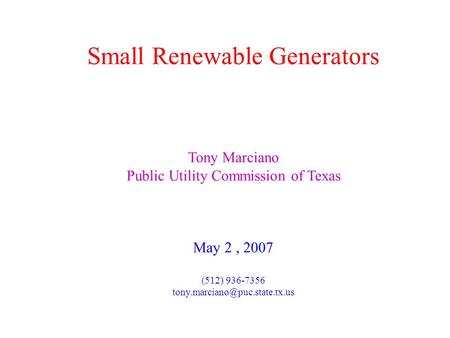 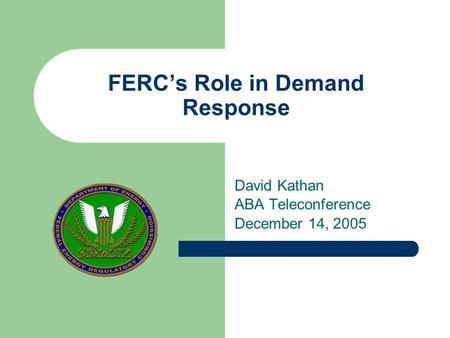 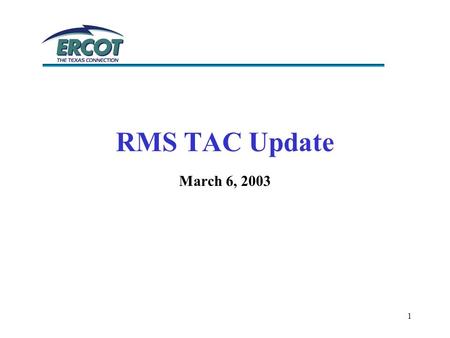 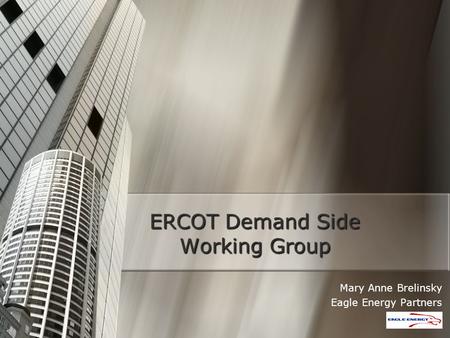 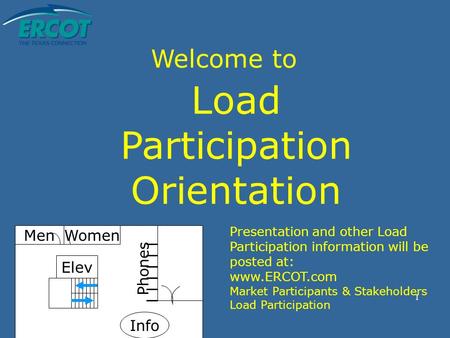 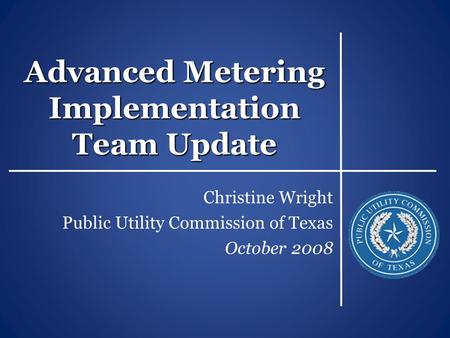 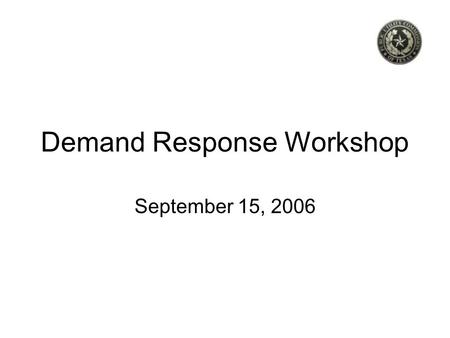 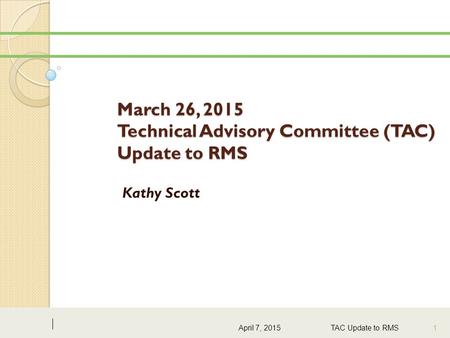 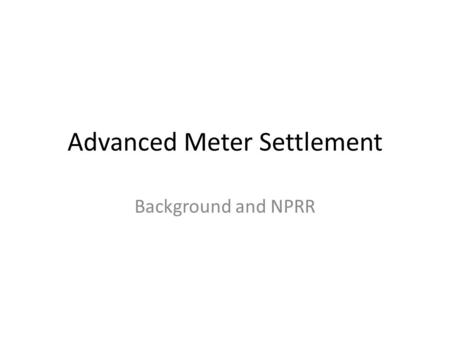 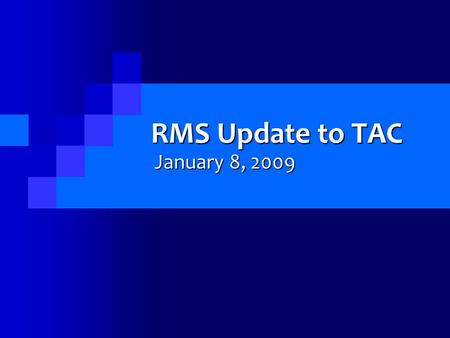 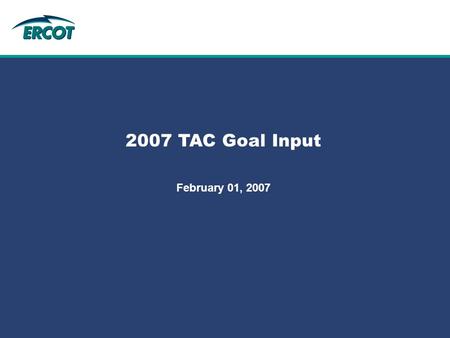