4 Identification bacterial pathogens in stool by biochemical testing
Non-lactose fermenting, morphologically different, and well-isolated Colony from SS and/ or Mac. 1. Inoculate the Kliger’s Iron Agar (KIA) agar tube by touching the top of a colony using sterilized inculcation needle and stabbing to the bottom of the KIA. After stabbing, immediately streak the slanted surface of the agar. 2. Inoculate the Motility-Indole-Ornithine (MIO) tube by stabbing, in a single up-and-down needle. 3. Inoculate the Lysine-Iron agar (LIA) by stabbing the butt to the bottom once and streaking the slant. 4. Inoculate the urea broth tube by placing the needle in the tube and shaking the needle. 5. Incubate all tubes overnight at Co Conventional biochemical screening sets

6 Serogroups and Serotypes are determined by visual inspection of slide agglutination assays, with commercial antisera used as described by the manufacture. 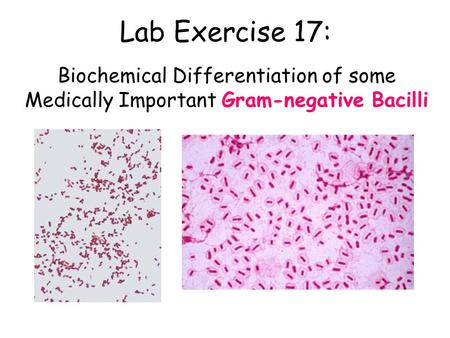 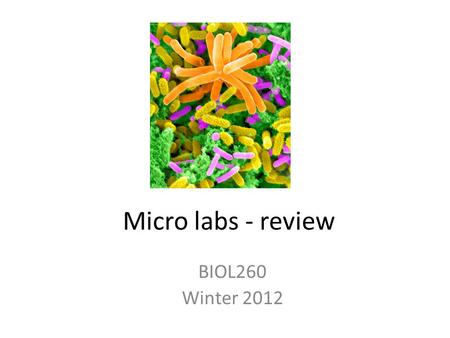 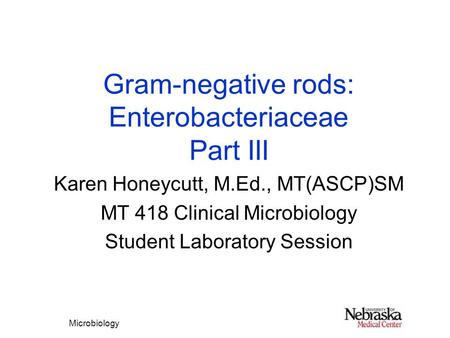 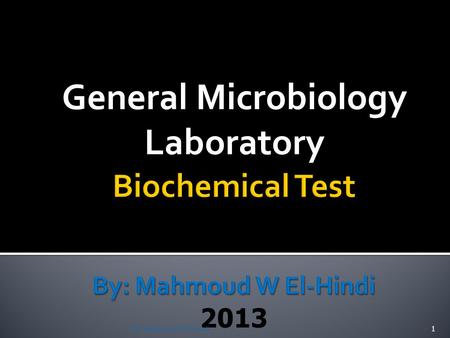 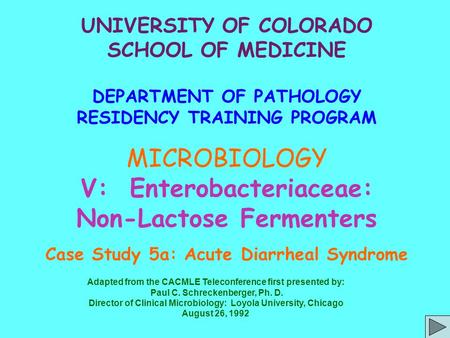 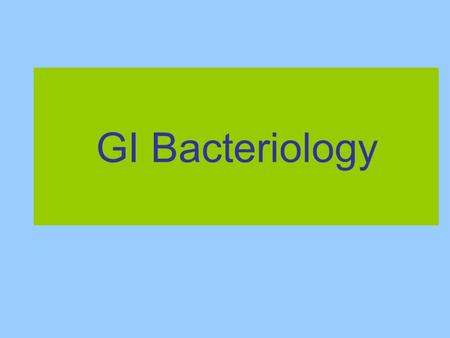 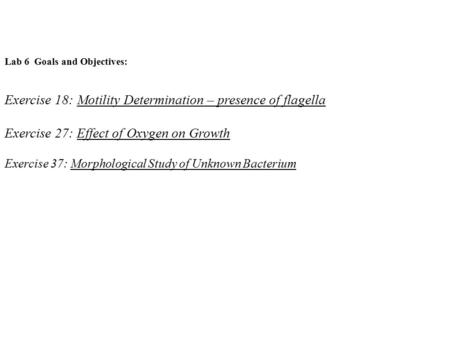 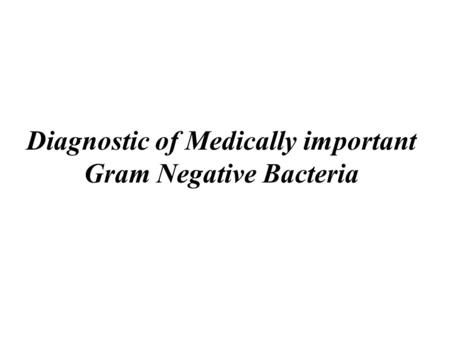 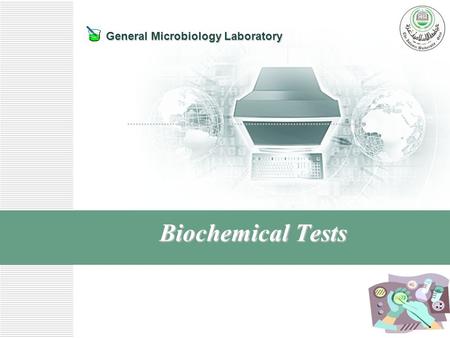 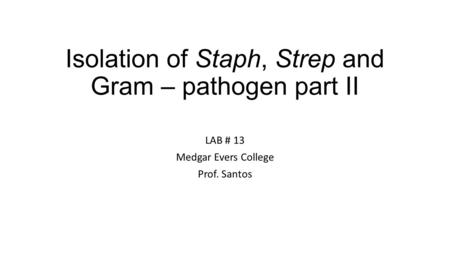 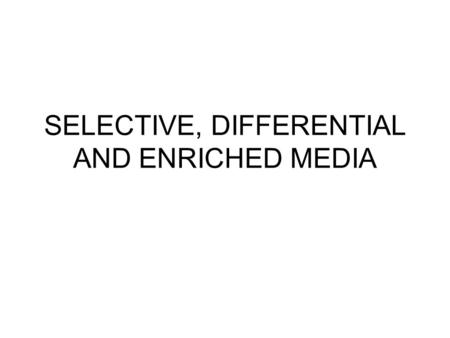 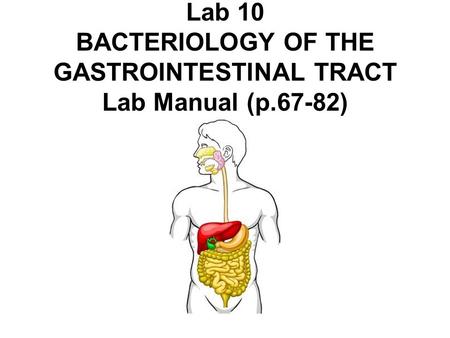 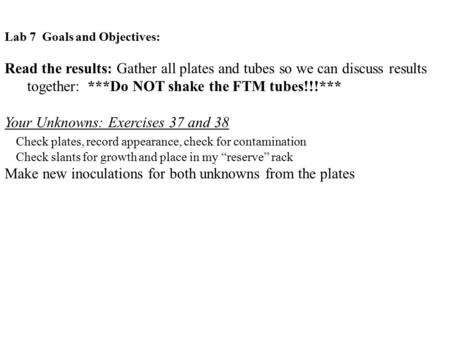 Lab 7 Goals and Objectives: Read the results: Gather all plates and tubes so we can discuss results together: ***Do NOT shake the FTM tubes!!!*** Your. 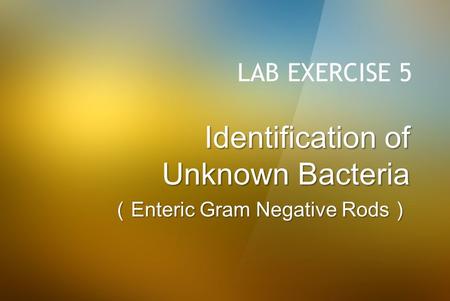 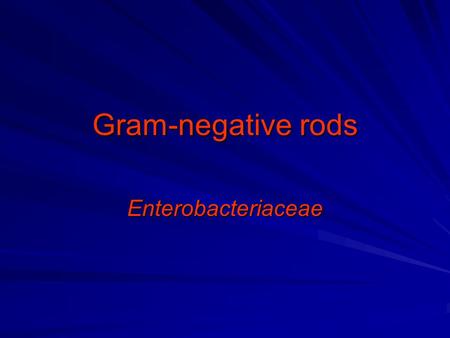 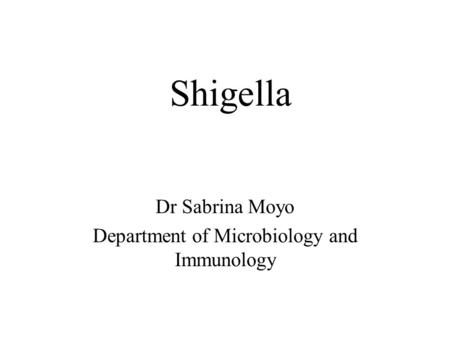 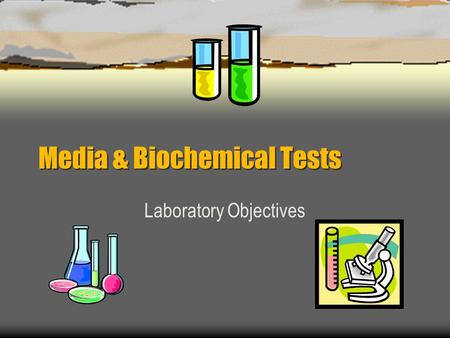