7 On a per-capita basis much better performance than in the past Per-capita growth was 4.2 percent, the highest level recorded in at least two decades, up from 1.7 percent in 1990s MENAs per-capital income is now growing at 75 percent of the rate attained by other developing regions, up from 61 percent in the 1990s.

9 There is a shift in domestic demand in favor of investment The contribution of gross investment to growth almost doubled in 2006 to 4.1 GDP growth points Private investment as a share of GDP reached almost 16 percent and is increasing for all sub- groups FDI is low but growing particularly in resource poor countries Imports of capital goods significant

15 Unemployment declining Between 2000-05 MENAs aggregate unemployment fell from 14.3 to 10.8 percent (for the 12 countries in the sample) This took place at the same time that the region is experiencing the crest of the labor force growth path

16 Most progress in the largest countries

17 What kind of new jobs? Mostly created in the private sector as public employment demand slows down New jobs primarily in services and agriculture Productivity remains low but some promising sings of more employment within sectors with raising productivity

21 Oil Market Conditions 2007-2009 Oil receipts from 2004 amount to $1.25 trillion, large portion held as intl reserves or invested Oil prices expected to stay elevated but after a gradual softening (~49$/B) by 2009 However, there is substantial uncertainty about the path of oil prices, of oil supply, and of oil demand.

28 But the job creation challenge continues to be high Labor force growth, MENA and other developing regions, 2000-2020.

33 But an era of major challenges: (3) risks of increased inequality? Inequality between countries in the region Inequality within countries Need for more modern social safety nets for those who may not be sharing in higher economic growth Risks for sustainability of reforms

34 But an era of major challenges: (4) More global competitive environment The emerging giants: India and China Risks of reversal to protection in the advanced countries The European Neighborhood

36 But an era of major challenges: (5) Managing the oil revenues? Investment vs. consumption of the windfall revenues Productive investment and transformation of oil wealth into other sustainable wealth Diversifying inside and outside the region Managing the financial risks: financial bubbles, real estate bubbles Major implications for non-oil exporters 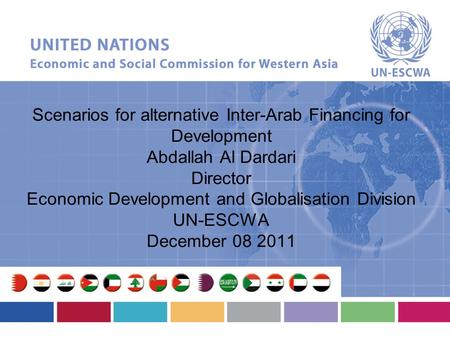 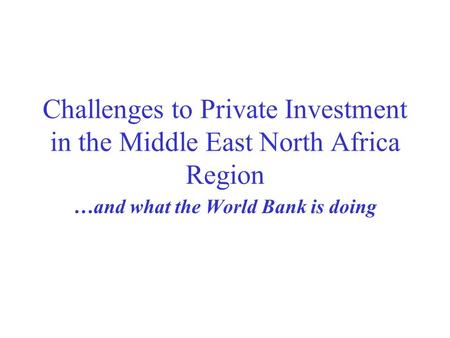 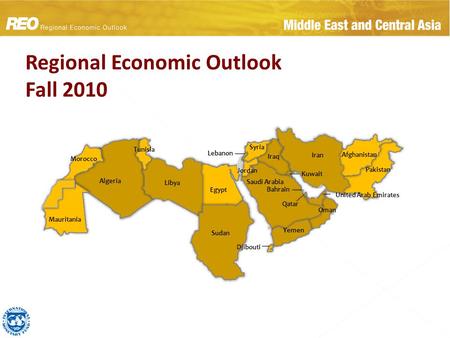 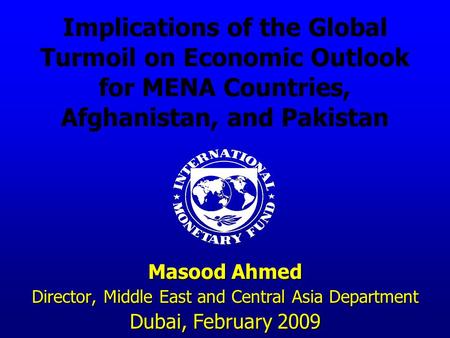 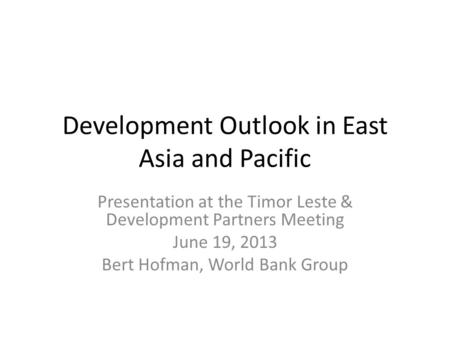 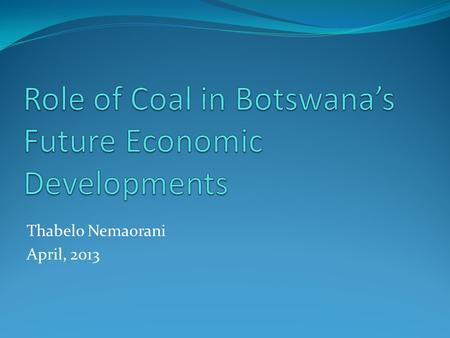