2 History of Voting In Athenian Democracy only male citizens could vote.
The middle and lower classes controlled power. Fifty men were picked from each tribe. This created the council of 500. This is known as a direct democracy. The Roman law for voting: Women were citizens but could not vote. Only rich property owners could vote. This is known as a representative republic. Common law.

3 History of Voting Great Britain's voting rights started with male property owners of nobility. English Bill of Rights. Three reform acts, 1832, 1867, 1884, gave voting rights to all men. In 1893, the British colony of New Zealand was the first to vote for women's suffrage. (1918)The passage of the Representation of the People Act, 1928, granted women the same terms to vote as men.

4 History of Voting in US History of Voting in US
When the Constitution went into effect in 1789, only white male property owners could vote. Originally, the Constitution had only two suffrage/franchise provisions. Article I, Section 2, requires each State to allow anyone qualified to vote for members Article II, Section 1, Clause 2 provides that presidential electors be chosen in each state. Voting restrictions were based on religious belief, property ownership, tax payment, race, and sex. Gradually the states' power has been assumed by the Federal Government.

5 Extending Suffrage: The Five Stages
By the early 1800's, religious qualifications quickly disappeared. (1810) Property ownership and tax payments were the next to go by mid-century almost all white males could vote. The 15th Amendment, ratified in 1870, allowed people of various race and color to vote. The 19th Amendment in 1920 allowed women suffrage to pass. The Voting Right Act in 1965 (civil rights) and its later extension made racial equality a fact. The 23th Amendment in 1961, added the District of Columbia. The 24th Amendment in 1964, eliminated the poll tax as a condition for voting. The 26th Amendment in 1971, allowed 18 year olds voting rights.

6 Expansion of the Electorate
Today, the size of the American electorate -the potential voting population-is truly impressive. Some 220 million people, all citizens who are least 18 years of age, can now qualify to vote. This is a result of laws that determined who can and cannot vote. It is also the result of some 200 years of continuing, often bitter, and sometimes violent struggle.

7 Summary 6-1 Summarize your notes on the history of voting rights in the United States. Describe five distinct stages in the growth of the American electorate. Do you think 18 is the right minimum age for voting? Why or why not? Why do you think the Federal Government took more and more control over the setting of voter qualifications? 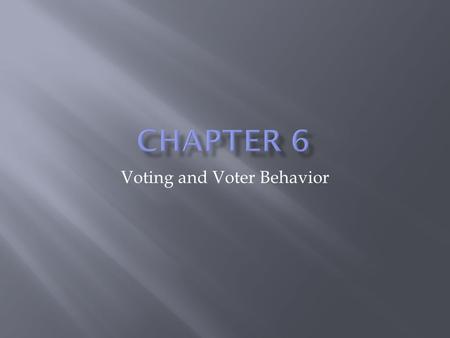 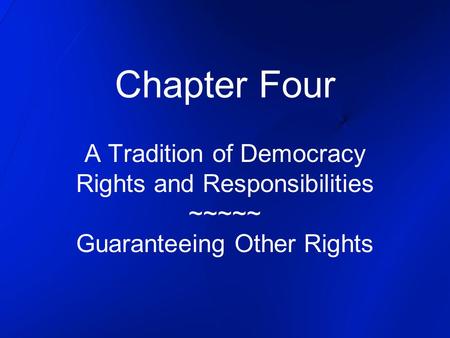 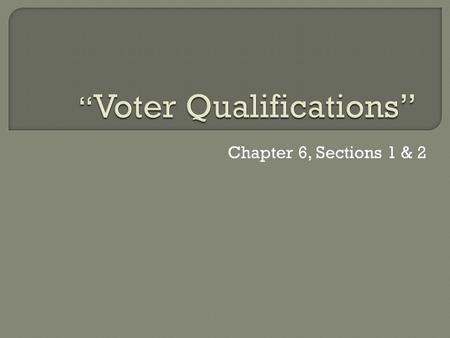 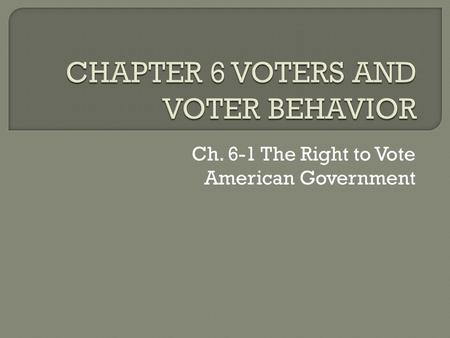 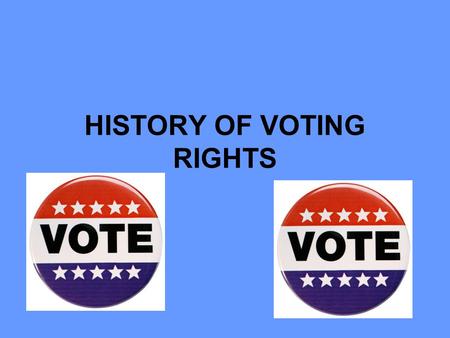 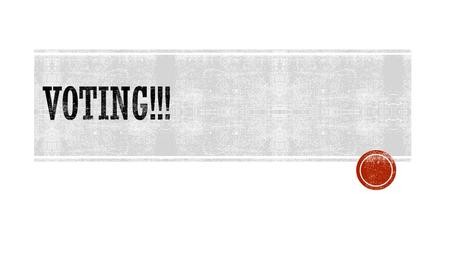 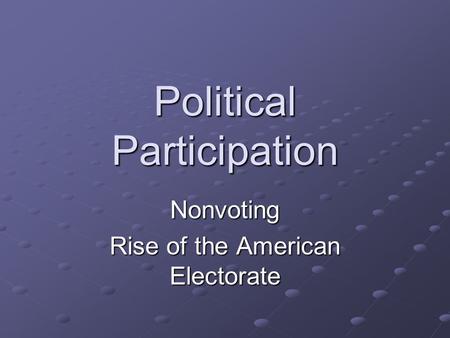