Presentation on theme: "Migration Migration is the movement of people from one place to another."— Presentation transcript:

2 What are the main types of migration? Migration can be permanent, temporary, voluntary or forced. It can be international or internal.

11 Commonwealth of Nations, a voluntary association of 53 independent states, almost all of which are former colonies of the United Kingdom.

21 Ghetto An urban district containing a high proportion of one particular ethnic group.

22 Ethnic group The group of people a person belongs to categorised by race, nationality, language, religion or culture.

23 Racism Unfair, ridiculing or threatening behaviour towards someone because of their skin and/or particular racial group.

28 From the early twentieth century to the 1960s, it was the chronic shortage of labour in this young developing country that attracted Italian workers. The Canadian labour market, compared to that of Italy, offered a relatively high level of employment and income. Italian immigration to Canada was also encouraged by Canadian immigration policies, which were more liberal than those of other countries due to the labour shortage, especially after the Second World War.

29 Urbanisation A growth of towns and cities leading to an increasing proportion of a country´s population living there.

31 Counterurbanisation Movement of people in MEDCs away from urban areas to live in smaller towns and villages.

Download ppt "Migration Migration is the movement of people from one place to another." 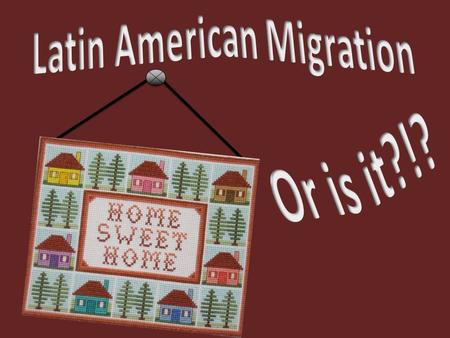 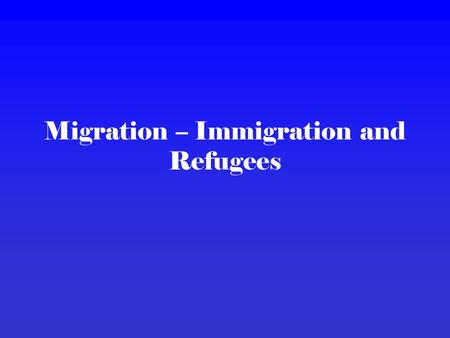 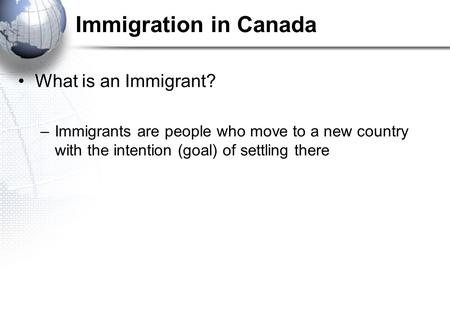