7 Pythagorean Theorem: given a right triangle with legs a & b and hypotenuse c, the following relationship exists: a 2 + b 2 = c 2 –It does not matter which of the legs is a and which is b –The hypotenuse, c, is the longest side AND is ALWAYS opposite the 90°-angle When solving problems with right triangles, it is often helpful to draw a picture 7

9 Applying the Pythagorean Theorem (Example) Ex 2: A 10 foot ladder is leaning on a building which is perpendicular to the ground where the top of the ladder (vertically) extends two feet more than across the ground (horizontally). Set up an equation and find how many feet the ladder extends off the ground (vertically) 9

11 11 Summary After studying these slides, you should know how to do the following: –Solve quadratic word problems –Solve problems involving the Pythagorean Theorem Additional Practice –See the list of suggested problems for 6.7 Next lesson –Simplifying Rational Expressions (Section 7.1) 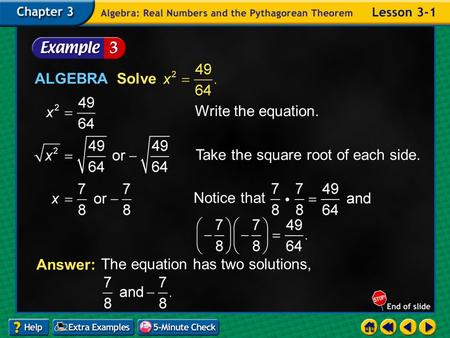 Example 1-3a ALGEBRA Solve Write the equation. Take the square root of each side. The equation has two solutions, Answer: Notice that. 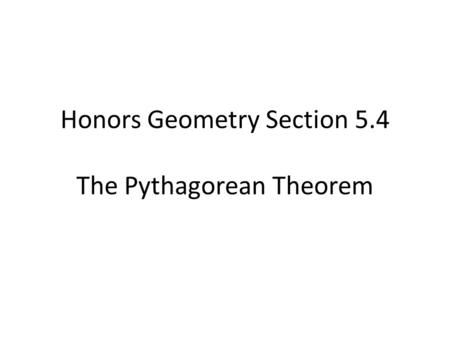 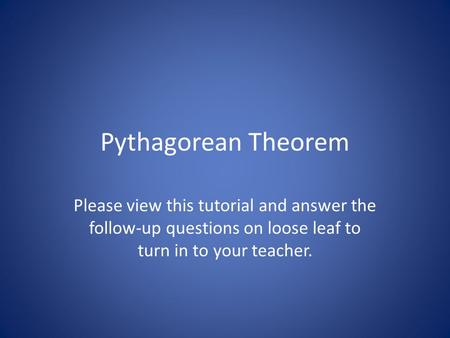 Pythagorean Theorem Please view this tutorial and answer the follow-up questions on loose leaf to turn in to your teacher. 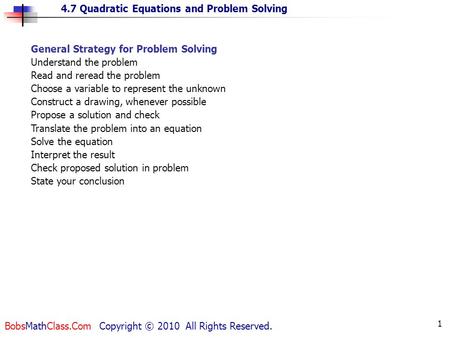 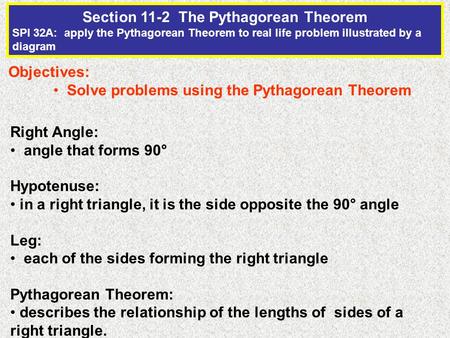 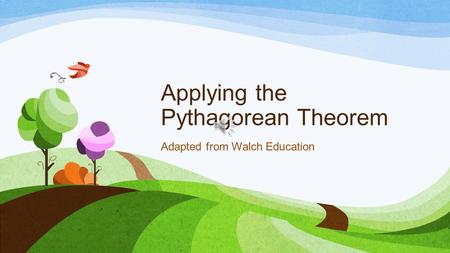 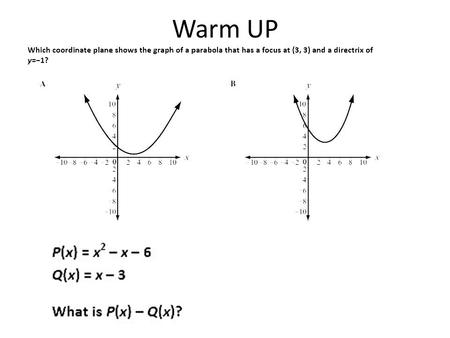 Warm UP. Essential Question How can I solve for side lengths of a right triangle and how can you use side lengths to determine whether a triangle is acute, 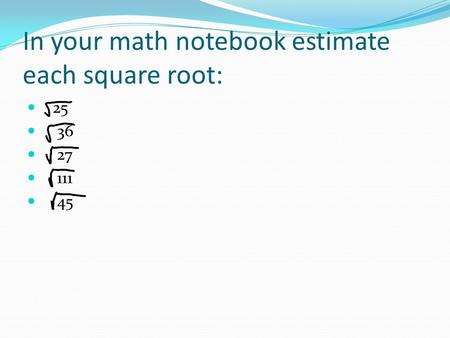 In your math notebook estimate each square root: 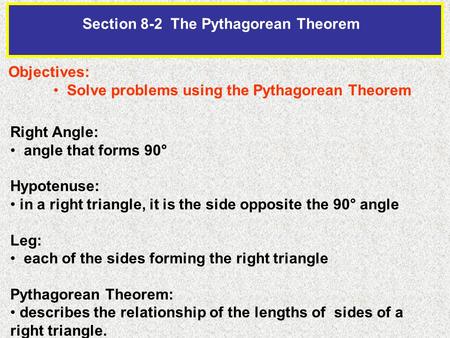 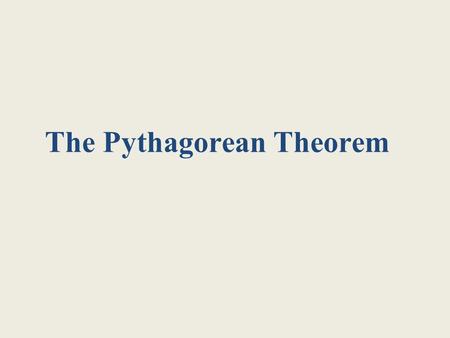 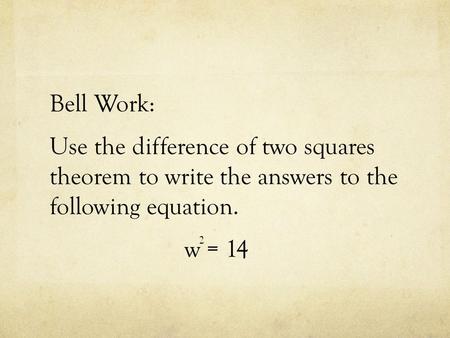 Bell Work: Use the difference of two squares theorem to write the answers to the following equation. w = 14 2. 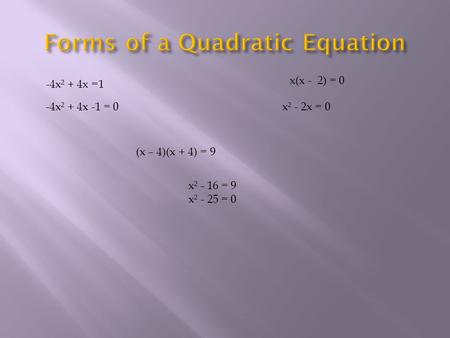 Forms of a Quadratic Equation 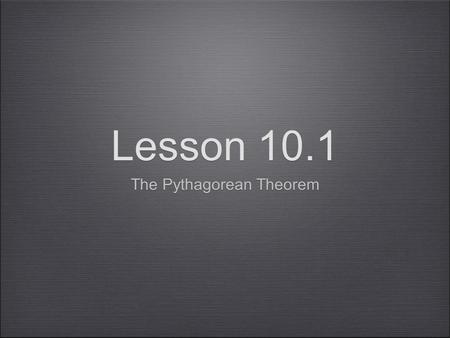 Lesson 10.1 The Pythagorean Theorem. The side opposite the right angle is called the hypotenuse. The other two sides are called legs. We use ‘a’ and ‘b’ 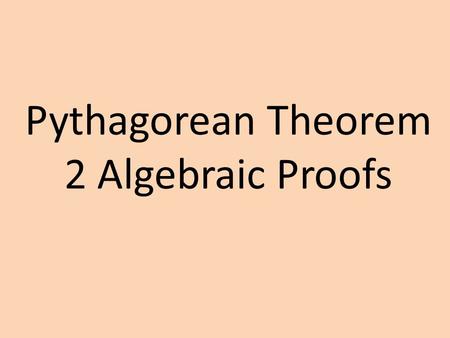 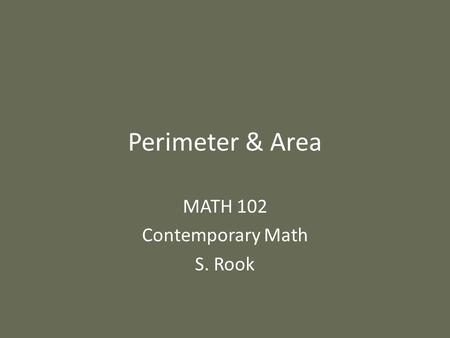 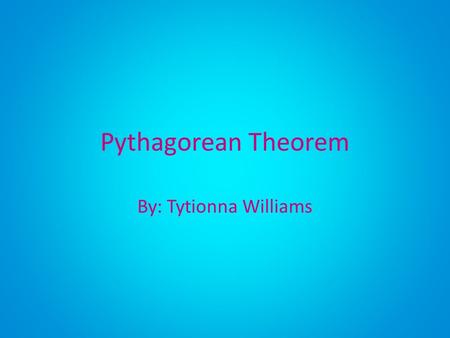 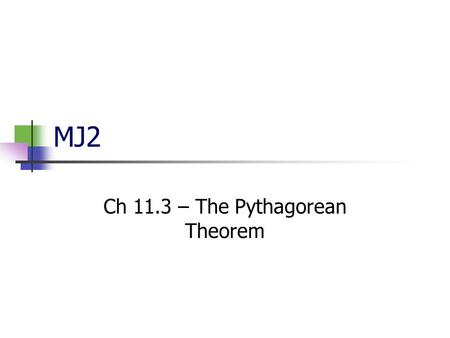 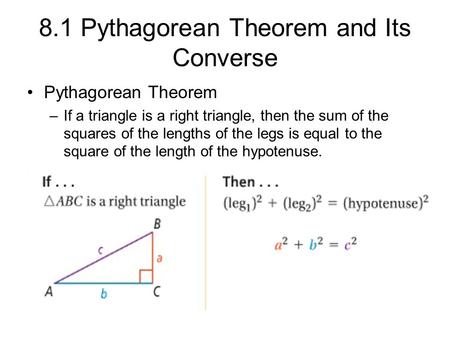 8.1 Pythagorean Theorem and Its Converse 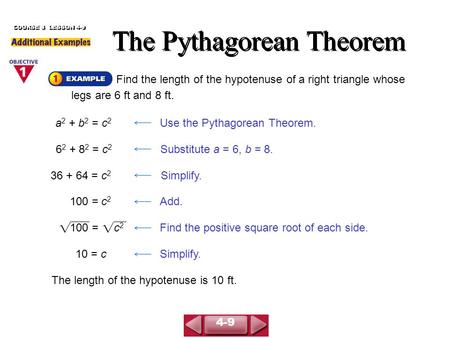 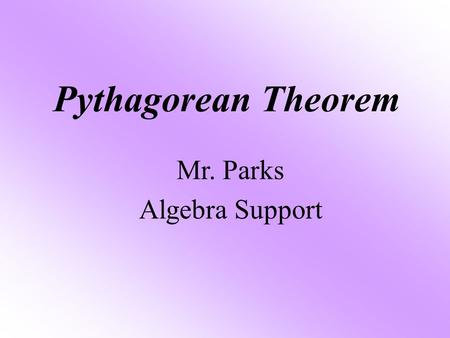 Pythagorean Theorem Mr. Parks Algebra Support. Objective The student will be able to: Find the missing side of a right Triangle using the Pythagorean.