Presentation on theme: "The Mongol Empire. The Mongol People The Mongolian population was never very large, but they were able to conquer many areas because of their large army."— Presentation transcript:

2 The Mongol People The Mongolian population was never very large, but they were able to conquer many areas because of their large army. – They used crossbows and horses in battle.

3 Genghis Khan Genghis Khan was their fiercest leader of the Mongol empire – expanded the empire to be largest empire in history! In the early 1200s Genghis Khan led the Mongols to capture much of Asia.

4 Khan’s Grandsons His grandsons, Kublai Khan and Batu, also led groups of Mongols to conquer other lands. They often used violence to capture cities. Europeans called them “The Golden Horde” because of the golden color of the tents of the Mongol tents.

5 Mongol Conquests The Mongols lived north of China in what is now called Mongolia. In the early 1200s the Mongols captured Beijing, Central Asia and most of Persia.

6 Mongol Conquests By 1294 the Mongols had conquered most of Asia. Leaders such as Genghis Khan and Kublai Khan expanded the Mongol Empire to be largest empire in history.

7 China Under the Mongols In 1271 Kublai Khan announced that he was starting his own dynasty called the Yuan dynasty. Kublai Khan built the capital of his dynasty in Beijing. The Mongols helped China in many ways. – Ended 100 years of war – Population began to grow again – Built trade routes that linked China to India and Persia Hurt the economy of China by imposing heavy taxes that the farmers and merchants could not afford to pay.

8 Contact with the Europeans During Mongol rule of China, the contact between China and the rest of the world increased drastically. France & Italy both sent ambassadors to China. Christian missionaries traveled to China to try to spread Christianity.

11 Chinese-Mongol Relations Despite the problems, the Mongols did help China in several ways. – Increased contact with Europe – Made local government more responsible to the central government in Beijing – Led political reforms that gave more power to the emperor

Download ppt "The Mongol Empire. The Mongol People The Mongolian population was never very large, but they were able to conquer many areas because of their large army." 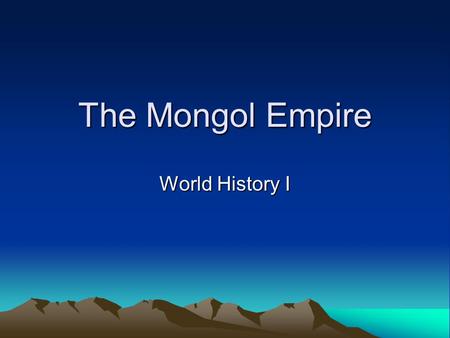 The Mongol Empire World History I. 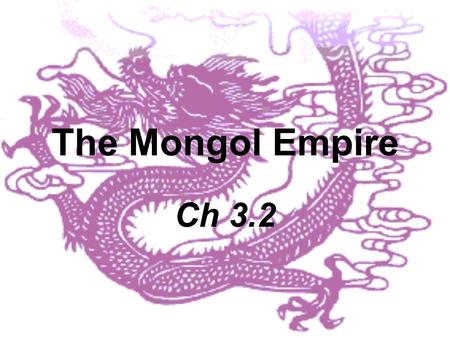 The Mongol Empire Ch 3.2 Genghis Khan and the Mongols Mongols lived in Northern china. –Encouraged the skill of battle into its people. –They were great. 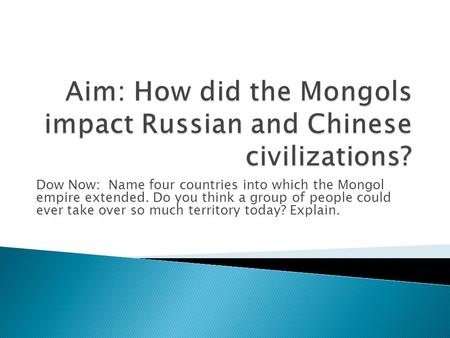 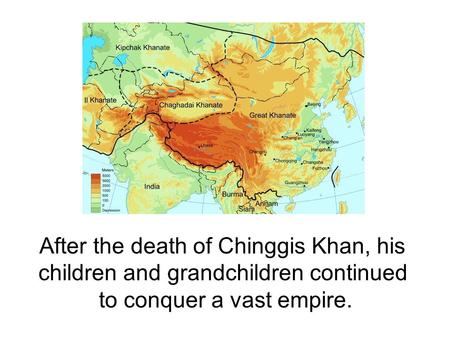 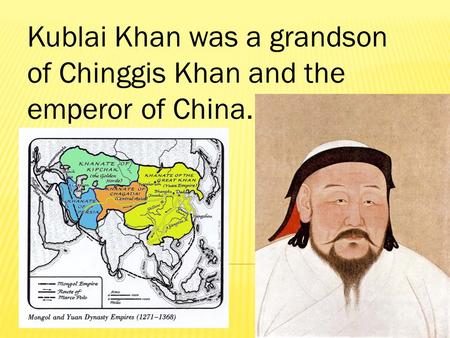 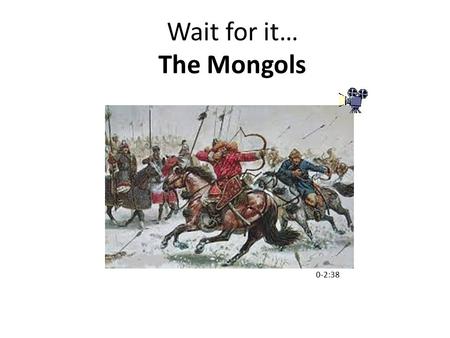 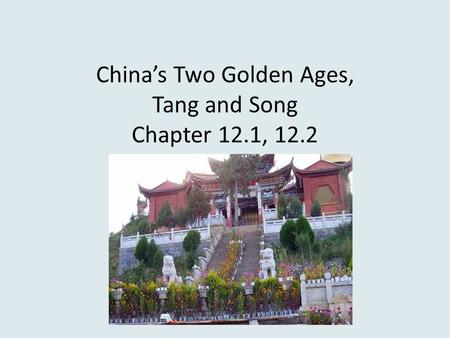