3  Islamic Society  People lived their lives according to the QuranQuran  They had to live under these conditions: kindness, generosity, honesty, and tolerance.  Slaves could become soldiers, maids, artisans, or government officials.

4  Roles of Women-1 - The Quran says that women should be educated, earn a living, & inherit their father’s property. -Some women studied astronomy, medicine, law, philosophy, history, Arabic grammar literature, and theology. -Men could have more than 1 wife but they had to be treated equally.

6  Islamic Cities -The most impressive building in an Islamic city was the mosque. -The bazaar grouped merchants based on their products, such as food, spices, cloth and rugs. -Instead of delivery trucks, pack animals brought goods into the bazaar.

7  House of Wisdom -Muslims developed centers of learning throughout the empire where Arab, Asian and Western scholars could share ideas -The House of Wisdom had a large library and an astronomical observatory. -They translated texts into Arabic.

9  The Practice of Medicine -The doctors of Islamic were the first to discovers how some diseases, spread, and they described measles and smallpox. -The doctors also studied Greek, Persian and Hindi medical text. -The first pharmacies, or drugs stores, opened in Baghdad during the ninth century

10  Literature, History, Philosophy -Some of the poems that people read today were made by Islamic writers. -The greatest story collection in Islamic literature is A Thousand and One Night also known as The Arabian Nights,. -A lot of the poets were women.

11  Art and Architecture -Some of the most beautiful buildings in the world were designed and built by Islamic architects and builders. -Islamic artists developed calligraphy, the art of elegant writing. -The most famous carpets were Persian carpets.

13  Persian Influences -The Persian Influences was the strongest in Arabic literature, court manners, and government. -The Abbasids moved their capital to a Persian village. -Persian social and economic traditions, architecture, and crafts all influenced the Islamic Empire.

14  Islamic Spain -The Islamic conquest of Spain began in 711 and was complete by 718. -Caliph Abdar-Rahman III brought Spain to a period of its strongest power and greatest culture achievement. -Many of the languages in the books they had were translated to ancient Greek, Roman, and Middle Eastern writings, which Islamic scholars passed on to Europe.

15 Also known as the Holy Quran. It’s a type a writing. It’s also the sacred book of Islam. It’s Revealed by God to the Prophet Muhammad. The Qur'an was intended as a recited text. Here are some of them. 1) AL-Fatimah 2) AL-Banaras 3) AL-Iran

16 The study of God. Or the study of religious faith, practice and experience. Examples 1)The theology of Illinois Graduated Theological Education to love, know and serve god. The relationship between god and his people.

17 A place of worship for followers of Islam Muslims. The Mosque serves as a place where Muslims can come together Salat. As well as a center for information, education, and dispute settlement. 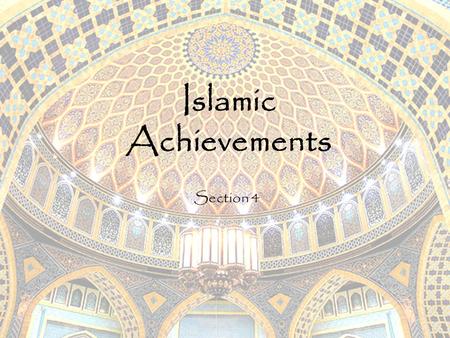 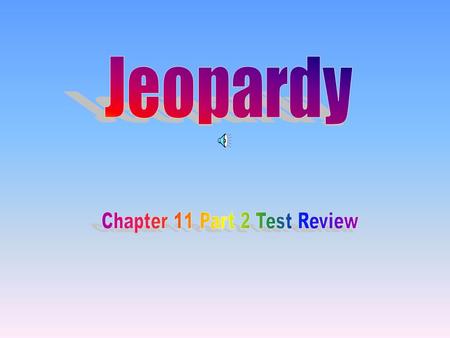 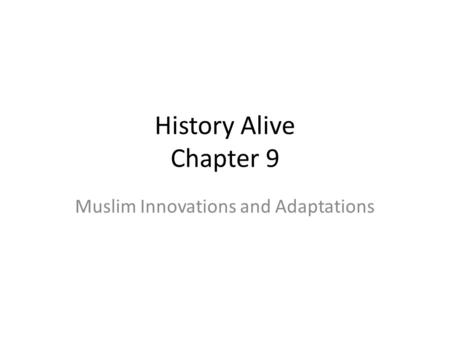 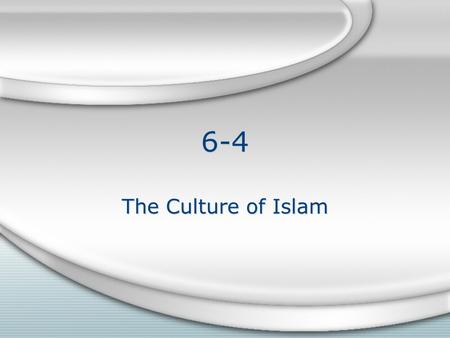 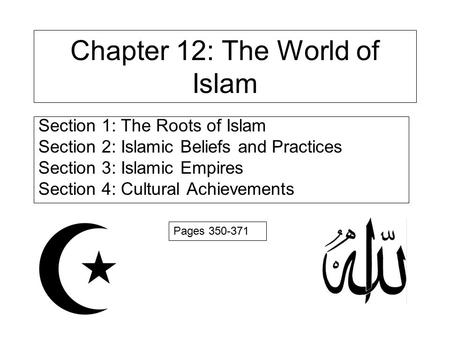 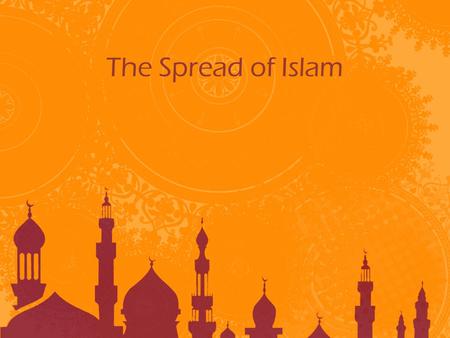 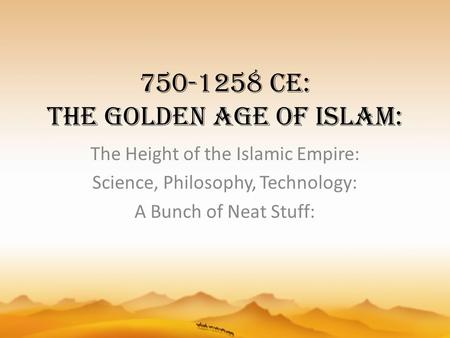 CE: The Golden Age of Islam: 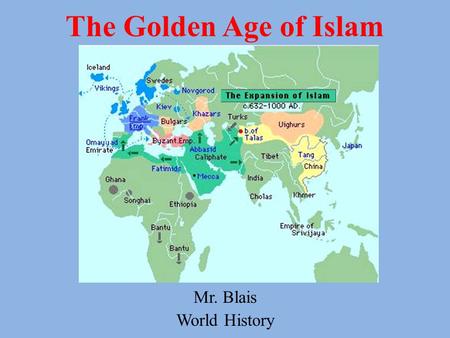 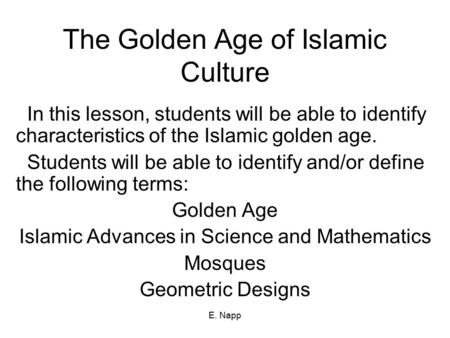 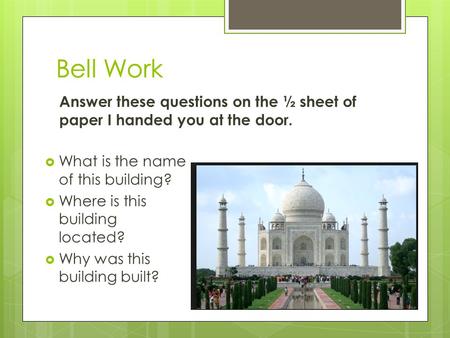 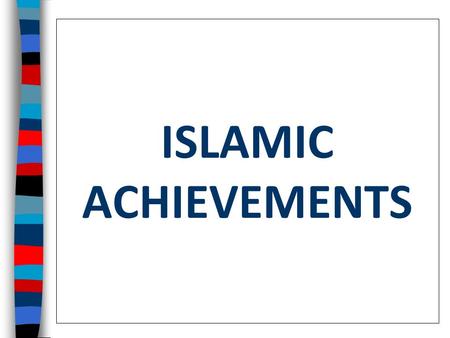 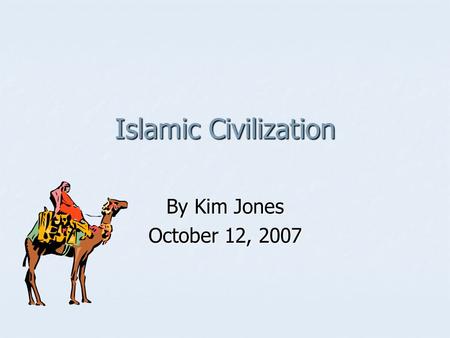 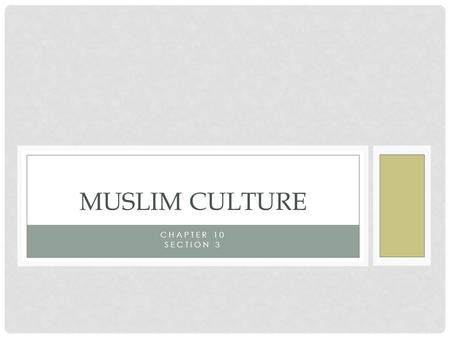 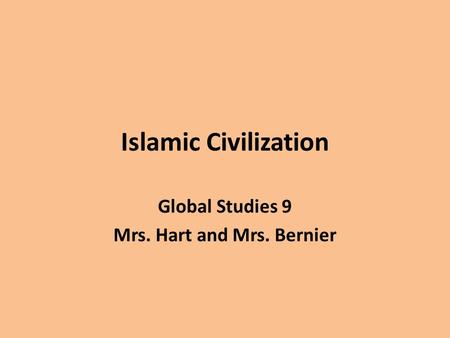 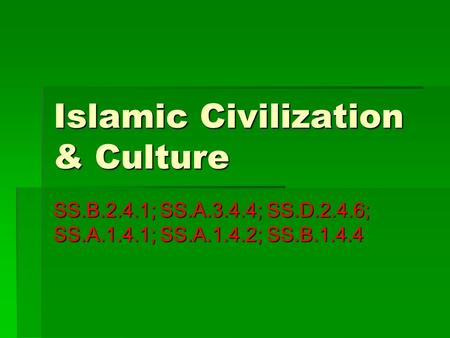 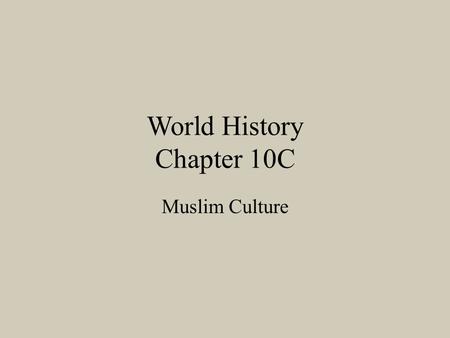 World History Chapter 10C Muslim Culture. Muslim Society Wealth flows into the Muslim Empire through trade and conquest and this allows the Caliphs to. 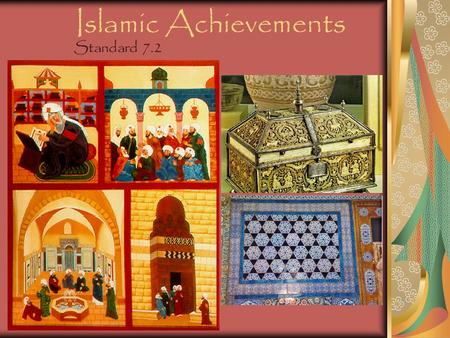 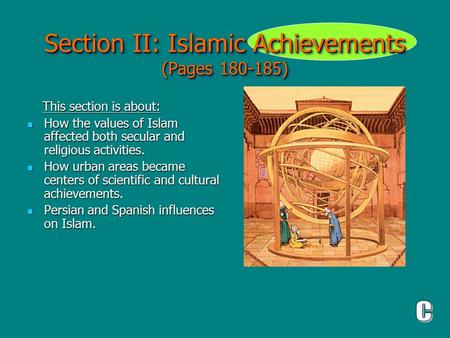