Social Studies Chapter 18.1. * The boomtowns did not have many women and children. The women who did travel to boomtowns often opened businesses or worked.

Presentation on theme: "Social Studies Chapter 18.1. * The boomtowns did not have many women and children. The women who did travel to boomtowns often opened businesses or worked."— Presentation transcript:

2 * The boomtowns did not have many women and children. The women who did travel to boomtowns often opened businesses or worked as cooks, laundresses, and entertainers. Some brought stability to boomtowns by opening schools or churches. * Mining booms were often followed by busts that occurred when most or all of the ore had been mined and people began to move away. Virginia City had about 30,000 inhabitants at its peak in the 1870s. By 1900 the town had a population of less than 4,000.

3 Many boomtowns were completely deserted, becoming ghost towns. Many former mining communities that became ghost towns are still scattered throughout the West. Toward the end of the rush, the mining of gold and silver gave way to the mining of other metals. Copper was found in the 1870s in places such as Montana, Arizona, and New Mexico. In the 1890s, miners began working zinc and lead deposits in some of the former silver-mining towns of Colorado.

4 Many of the people who went west to work or service the mines and get rich, decided to stay in the West after the mining boom ended. Many frontier areas that had gained settlers because of the mining booms in the West eventually applied for statehood. Colorado joined the Union in 1876, Montana became a state in 1889, and Wyoming followed in 1890.

5 Discussion Question How did the discovery of precious metals in the West help to settle that part of the country? Many people who might not have moved to the West went there to try to strike it rich during the mining booms. Many other people followed them to open businesses that served the miners. After the mining booms, many of these people settled permanently in the West.

6 Railroads Connect East and West The mining booms in the West helped spur development of a transcontinental railroad system. A transportation system better than wagon trains and stagecoaches was needed to get western ore to factories and markets in the East and to get goods and supplies from the East to the people in mining areas of the West.

7 The search for a transcontinental rail line began during the 1850s. A northern route was chosen during the Civil War. Two companies accepted the challenge of building the first transcontinental railroad: the Union Pacific Company and the Central Pacific Company. Railroad companies argued that they should receive free public land on which to lay track, because railroads would benefit the whole country. They received more than 130 million acres of land in all from the federal government. This included land for the tracks, plus 20-to-80-mile-wide strips of land along the railway. Railroad companies often sold this land to raise additional money to build the railroads.

9 The workers toiled in difficult conditions. They worked through the searing summer heat and icy winter cold, clearing forests and blasting tunnels through mountains. Construction was completed on May 10, 1869, when the two sets of track met at Promontory Point, Utah Territory. By 1883 two more transcontinental lines and dozens of shorter lines connected cities in the West with the rest of the nation. The railroads allowed the freer and faster flow of goods and people between East and West. The building of the railroads boosted the steel industry, coal production, railroad-car manufacturing, and other industries. New towns also grew along the railroad lines.

10 The railroads also changed the way Americans kept time. Before the railroads, each community kept its own local time. Because of the demand for sensible train schedules, the railroads divided the country into four time zones in 1883, with each zone exactly one hour apart from the zones on either side of it. Each community in a zone kept the same time. Congress passed a law making these time zones official in 1918.

11 Discussion Question How did the Western mines spur the development of a transcontinental railroad system? A faster and more efficient transportation system than stagecoaches and wagons was needed to get are from the Western mines to factories and markets in the East and to get food and other supplies from the East to people in the mining areas of the West.

Download ppt "Social Studies Chapter 18.1. * The boomtowns did not have many women and children. The women who did travel to boomtowns often opened businesses or worked." 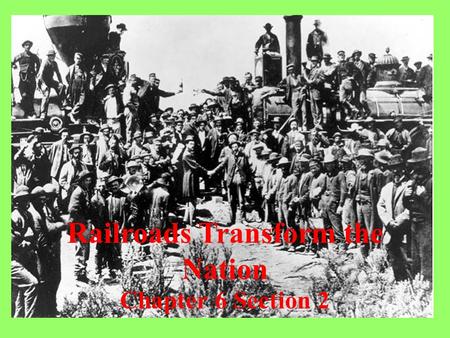 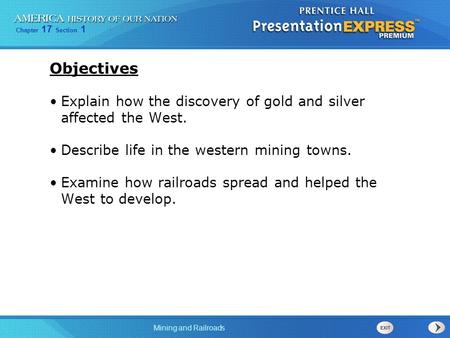 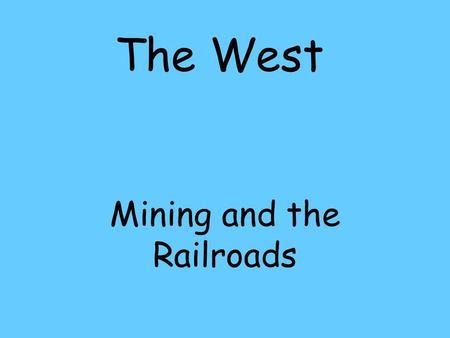 The West Mining and the Railroads Old Time Miner w/pan. 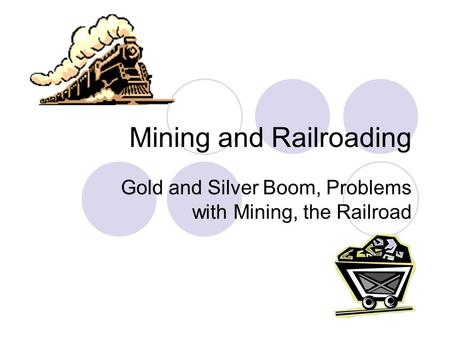 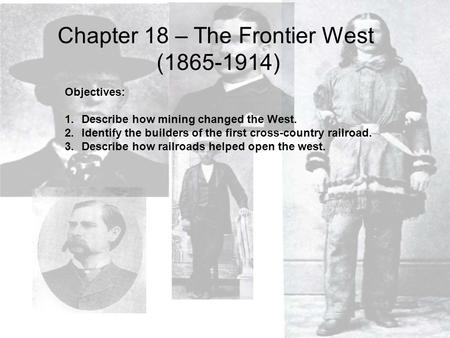 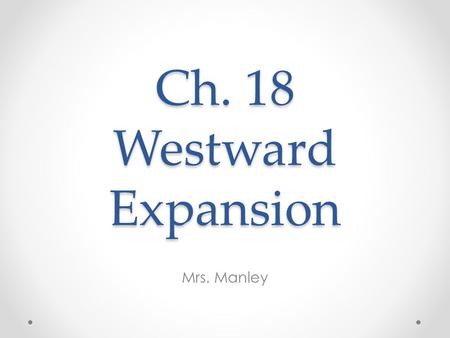 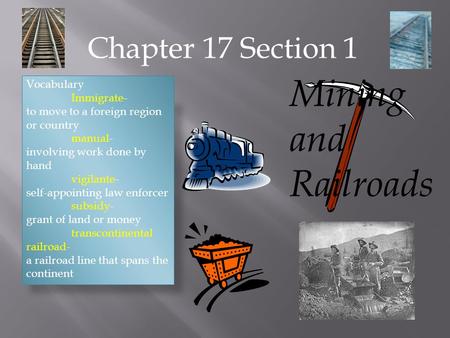 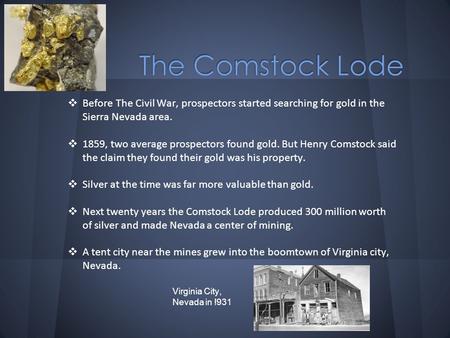 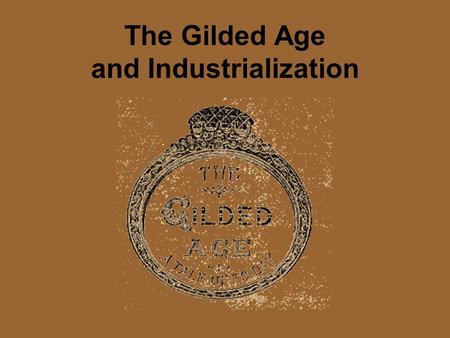 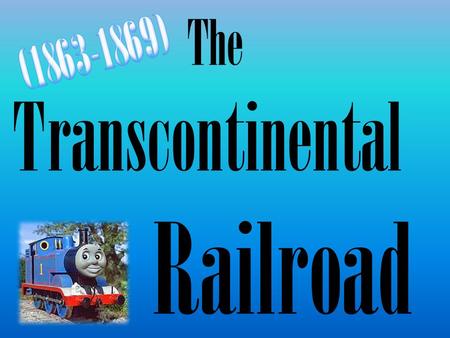 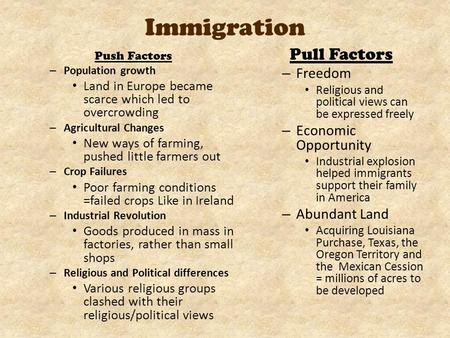 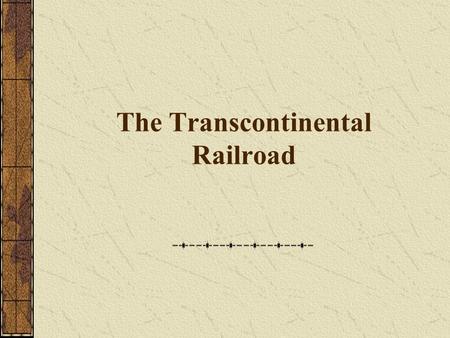 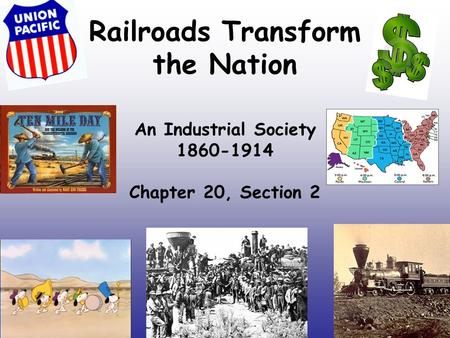 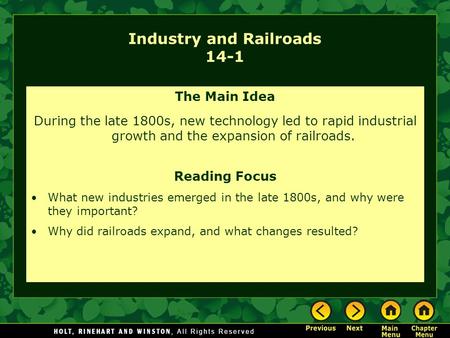 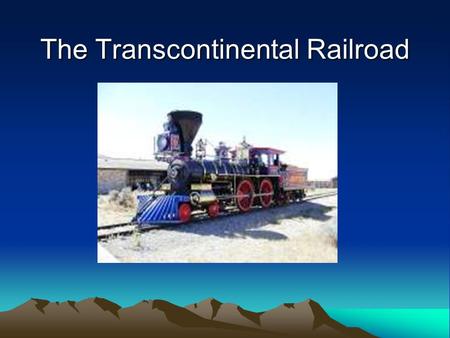 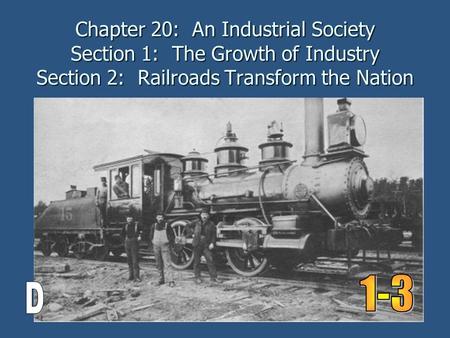 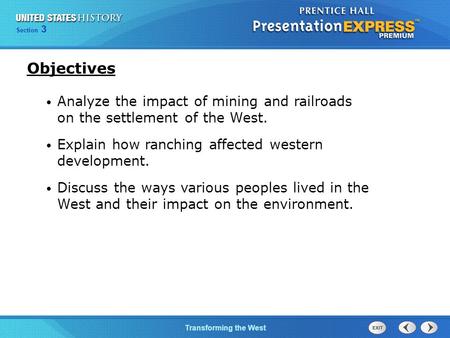 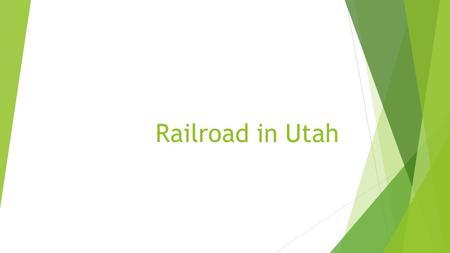