1 Why Nations Trade How does resource distribution affect trade?
What are the differences between absolute and comparative advantage? What are the major imports and exports of the United States? How does trade affect employment?

2 Resource Distribution and Trade
Each country of the world possesses different types and quantities of land, labor, and capital resources. By specializing in the production of certain goods and services, nations can use their resources more efficiently. Specialization and trade can benefit all nations.

9 What Are Trade Barriers?
A trade barrier is a means of preventing a foreign product or service from freely entering a nation’s territory. Import Quotas An import quota is a limit on the amount of a good that can be imported. Voluntary Export Restraints A voluntary export restraint (VER) is a self-imposed limitation on the number of products shipped to a certain country. Tariffs A tariff is a tax on imported goods, such as a customs duty. Other Barriers to Trade Other barriers to trade include high government licensing fees and costly product standards.

10 The Effects of Trade Restrictions
Increased Prices for Foreign Goods Tariffs and other trade barriers increase the cost of imported products, making domestic products more competitive. Although manufacturers of many products may benefit from trade barriers, consumers can lose out. Trade Wars When one country restricts imports, its trading partner may impose its own retaliatory restrictions.

12 International Cooperation
Recent trends have been toward lowering trade barriers and increasing trade through international trade agreements. In 1948, the General Agreement on Tariffs and Trade (GATT) was established to reduce tariffs and expand world trade. In 1995, the World Trade Organization (WTO) was founded to ensure compliance with GATT, to negotiate new trade agreements, and to resolve trade disputes.

21 Section 3 Assessment 1. When a nation imports more than it exports, economists say it has a (a) trade insufficiency. (b) trade deficit. (c) balance of payments. (d) trade surplus. 2. When an economist says that a currency has become stronger, he or she means that (a) it will buy less foreign goods. (b) it can be exchanged for more of a foreign currency. (c) services, unlike goods, can be exported freely. (d) there are very few things that the currency cannot buy in a foreign market. Want to connect to the PHSchool.com link for this section? Click Here! 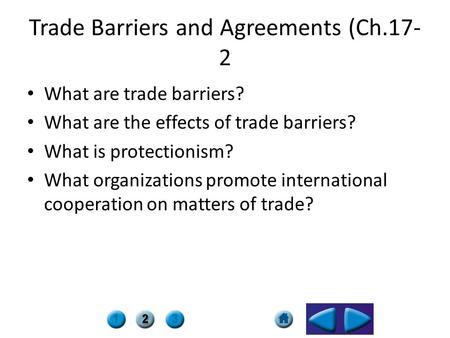 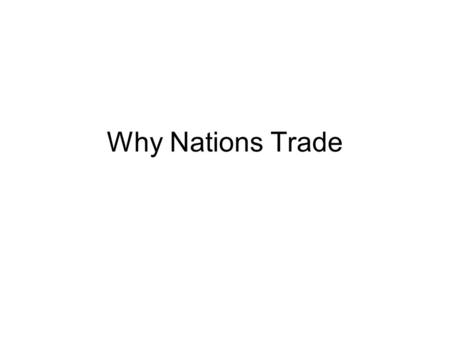 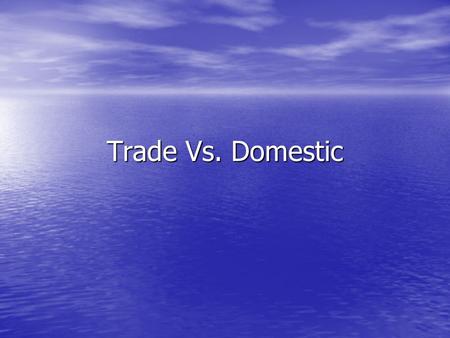 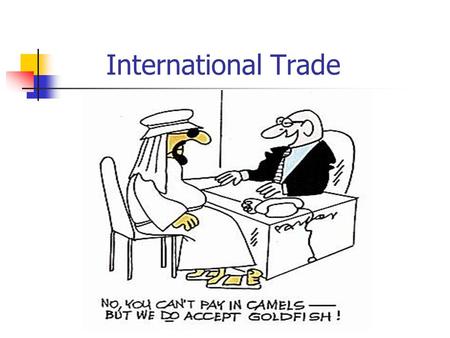 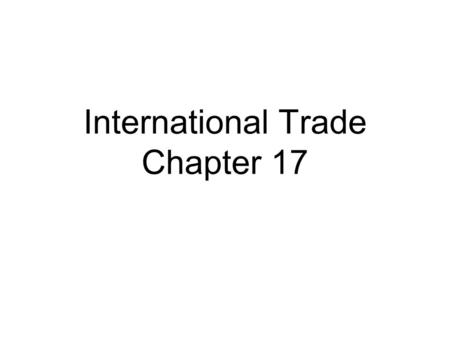 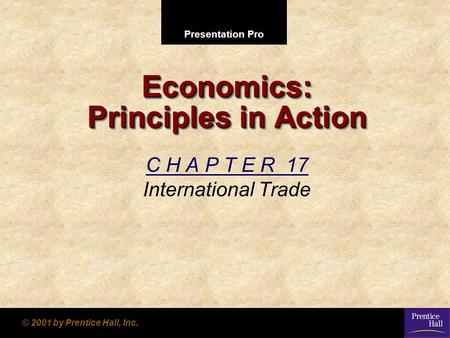 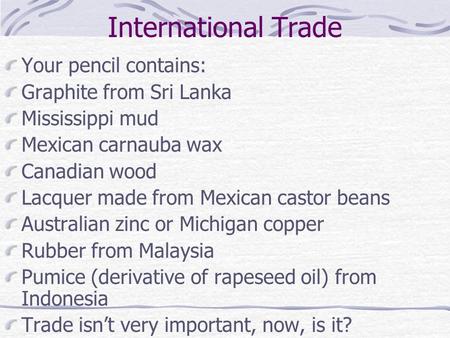 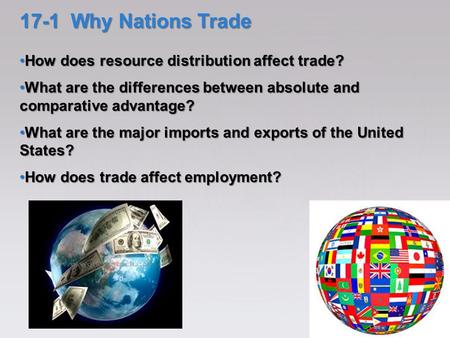 17-1 Why Nations Trade How does resource distribution affect trade? 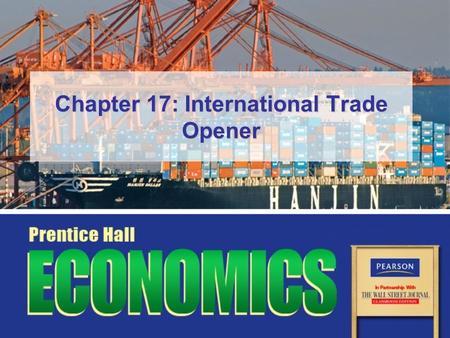 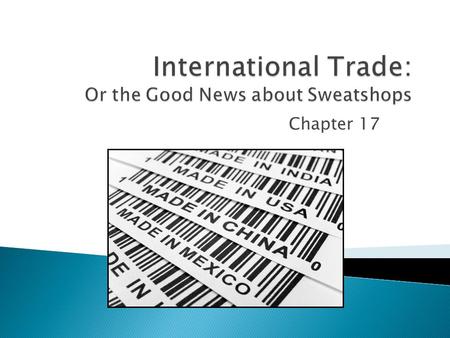 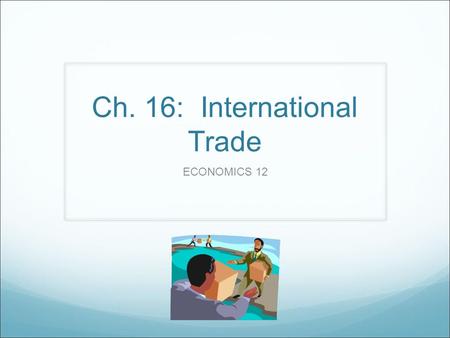 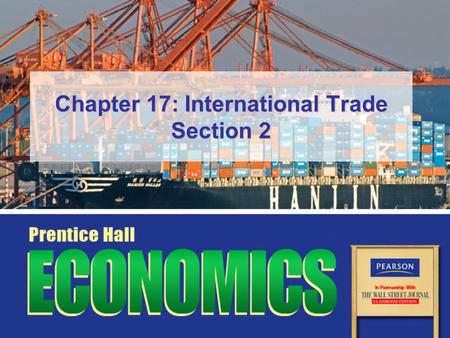