2 Worship The ancient Egyptians worshipped hundreds of God and Goddess, each one connected to a different side of life or death. Beautiful temples were built in honour of the gods such as temple of Amun-Re at Karnak, or dedicatedto a dead king or queen.

3 The ancient Egyptians thought it was very important to please the gods and goddess.

4 Temples! The ancient Egyptians belived that temples were the homes of gods and goddess. Every temple was dedicated to a god or goddess and he or she was worshipped there by the temple priests and the pharaoh.

5 Gods and Worship The ancient Egyptians had a vast number of gods and goddesses, some of them are well known to us, others are merely mentioned perhaps only once or twice in all the ancient writings that survived. Some gods and goddesses were worshipped by the pharaoh and priests in large temples.

6 Gods and worship. Some gods and goddesses took part in creation, some brought the flood every year, some offered protection and some took care of people after they died. Others were either local god who where represented towns, or minor god who represented plants or animals. 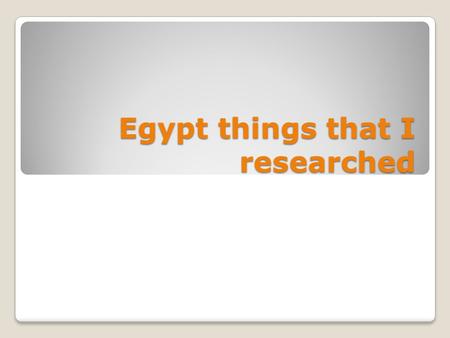 Egypt things that I researched. Why they love cats? They thought that cats were messengers from the gods and they were there to protect them from evil. 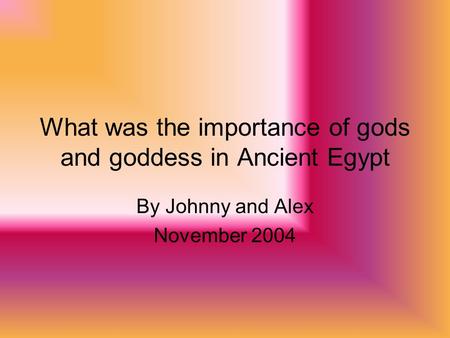 What was the importance of gods and goddess in Ancient Egypt By Johnny and Alex November 2004. 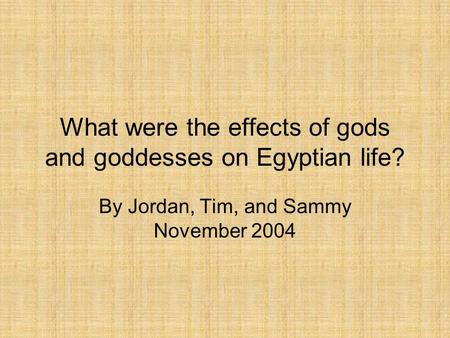 What were the effects of gods and goddesses on Egyptian life? By Jordan, Tim, and Sammy November 2004. 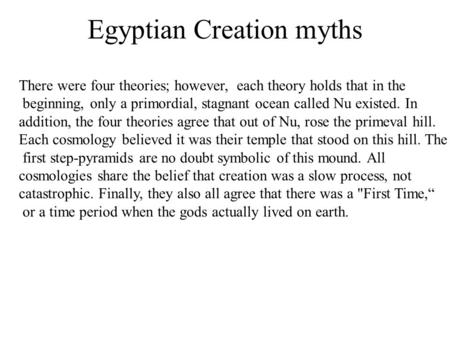 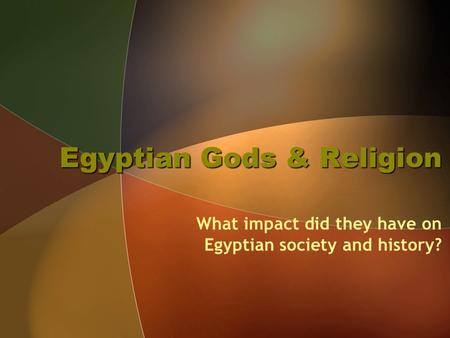 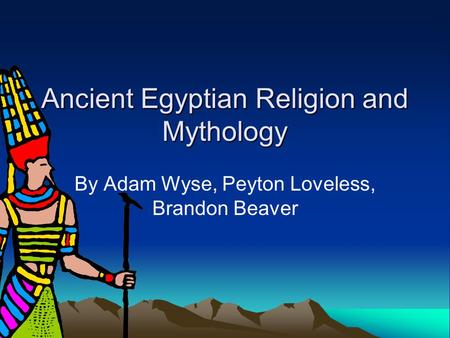 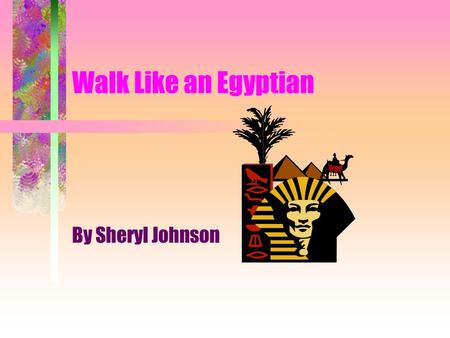