1 Mrs. Degl1 Plant Respiration & Photosynthesis Most leaves provide a large surface for the absorption of light energy. Roots are structures specialized for anchorage, nutrient storage, and absorption of water and soluble salts for the conduction of materials to the stem. Root hairs increase the surface area of the root for absorption of water and minerals. The major functions of the outer layer of the leaf (EPIDERMIS) and the waxy covering of the epidermis (CUTICLE) are to protect the internal tissues of the leaf from water loss, invading fungi, and physical injury.

2 Mrs. Degl2 Most photosynthesis in leaves takes place in the PALISADE LAYER of the upper epidermis. The exchange and circulation of gases occurs in the spongy layer, which has many air spaces. This spongy airy area also carries on photosynthesis. In most leaves, chloroplasts are present in the palisade layer, spongy layer, and in the guard cells. Openings in the cuticle and Epidermis are called STOMATES. Their size is regulated by the Guard cells. Stomates allow the exchange of O 2, CO 2, and H 2 O between the external environment and the internal air spaces.

3 3 Most photosynthesis occurs in the leaf. There are 2 guard cells per each stoma

4 Mrs. Degl4 Conducting tissue, located in the veins of the leaves, carries water and minerals to the photosynthesizing cells (XYLEM) and distributes food to the other plant organs (PHLOEM). Hint: Water and Xylem both have 5 letters; Phloem and Food “both have the f sound”

5 Mrs. Degl5 Photosynthesis The ability of most green plants and certain Monerans and Protists to manufacture organic compounds from inorganic raw materials is Autotrophic Nutrition. These organisms are called self feeders because they make their own food. They are also called producers. The principle autotrophic process is called photosynthesis. Heterotrophic Nutrition refers to organisms that get their food from other sources and cannot make their own food. They are also called consumers. Photosynthesis is the process where light energy is converted into the chemical energy of organic molecules. Photosynthesis is the process that releases most of the oxygen that is in our air.

7 Mrs. Degl7 In the chloroplasts, carbon dioxide and water are used in the formation of simple sugars (carbohydrates) and oxygen.

8 Mrs. Degl8 Photochemical (LIGHT )Reactions In photosynthesis, two major sets of reactions occur: Light and Dark reactions. Light reactions occur within the layered membranes in the chloroplasts. Stacks of these membranes, called the grana, contain all of the enzymes and pigments necessary for the light reactions. Some of the energy absorbed by the chlorophyll pigments is used to split the water molecules, producing hydrogen atoms and oxygen gas. This process is called photolysis. In addition to the production of oxygen gas, ATP is also produced in the chloroplasts during light reactions. ATP stands for Adenosine Triphosphate We will discuss what ATP is during cellular respiration.

9 Mrs. Degl9 Carbon-Fixation (DARK) Reactions These reactions occur within the chloroplasts in the stroma. Stroma is the dense solution outside of the grana. The enzymes necessary for the dark reactions are found in the stroma. Hydrogen atoms from the light reactions and the carbon dioxide molecules form a three-carbon sugar called PGAL, from which glucose is synthesized (created). 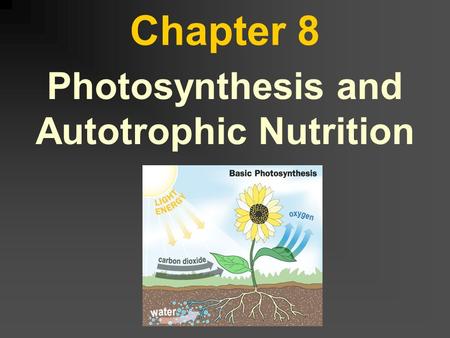 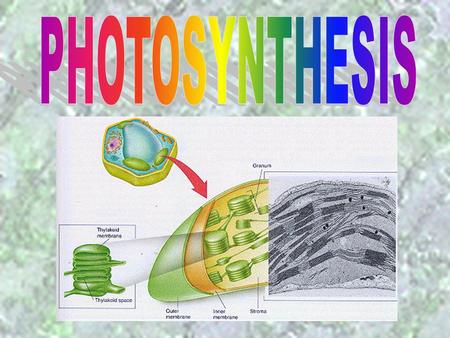 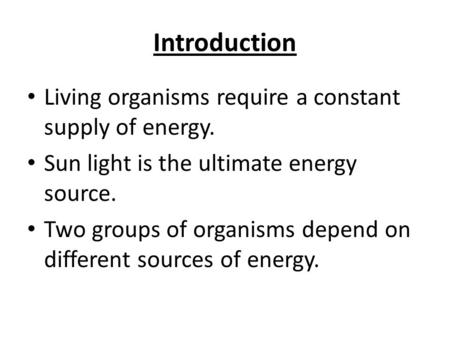 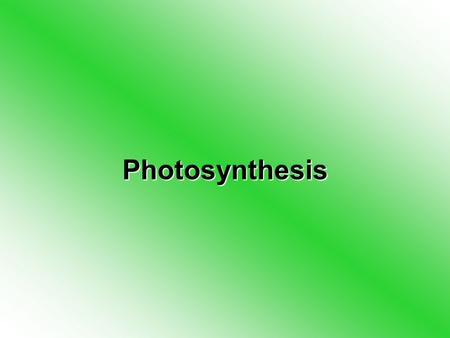 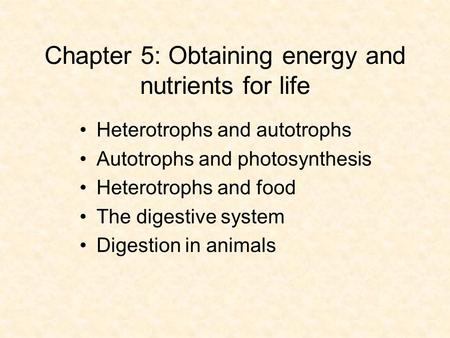 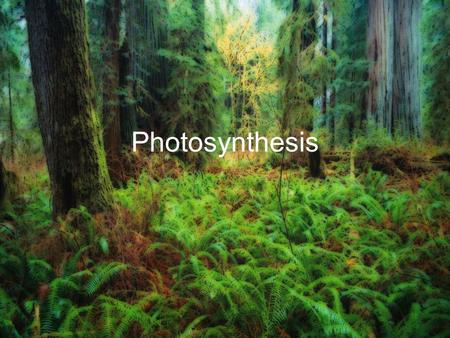 Photosynthesis. What is photosynthesis? Photosynthesis may look like a large, intimidating word. Let’s break it down in order to get a general idea of. 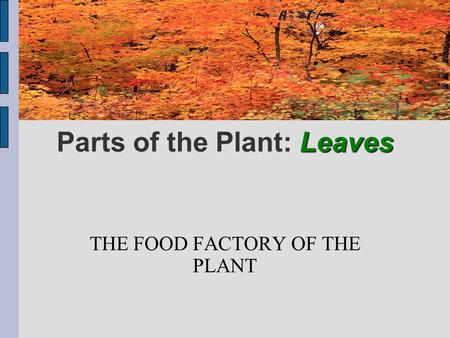 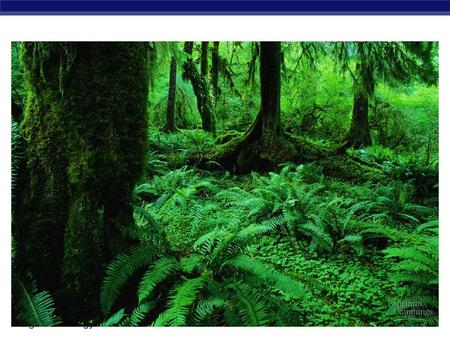 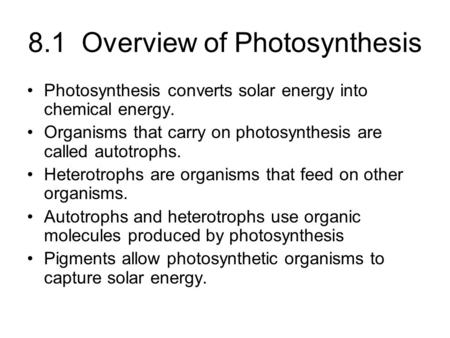 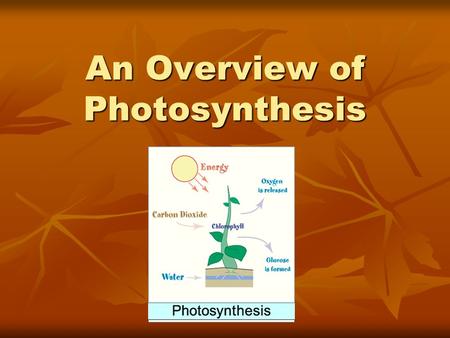 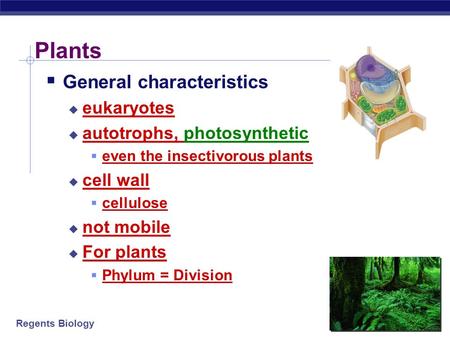 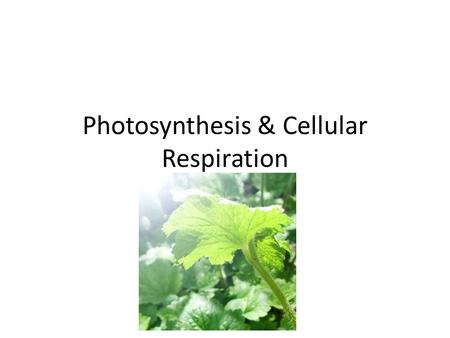 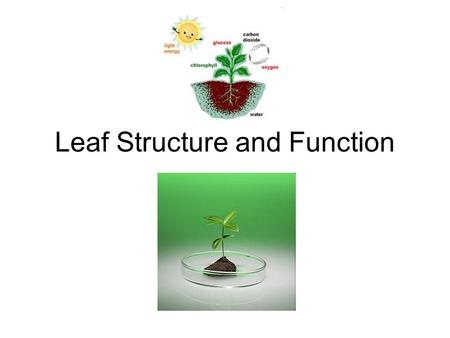 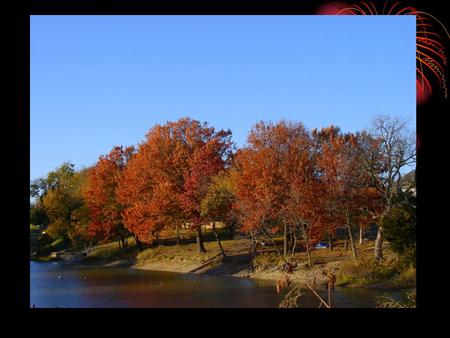