2 Review Motion is a change in position over time.
IMPORTANT: On each slide, click on the speaker at the top right of the slide to hear your lecture notes. Be sure your sound is turned up. Click on speaker Review Motion is a change in position over time. Motion is described in relation to a reference point. Speed is the rate of motion. Inertia is the tendency of an object to resist having its motion changed. Mass of an object influences it motion. Forces acting on an object can be balanced or unbalanced. Many forces may be acting on an object. Examples of forces include gravity, magnets, friction, and contact.

6 Gravity Gravity is the force that objects exert on each other because of their masses. Mass: a measure of how much matter an object is made of. Matter: Anything that has mass and volume. Matter is typically a solid, liquid, or a gas. When you drop any object (for example, a pencil), it falls to the ground. As the object falls, it moves faster and faster. The downward pull of an object is due to gravity.

10 Gravity on Earth The force of gravity acts on all objects; however, the effects on the objects can be different depending on their mass. Objects with more mass: gravity exerts more force on it. The greater the mass of an object, the more inertia so the greater force does not produce a larger acceleration. Recall: inertia is the tendency of an object to resist a change in motion. Objects with different masses fall with the same acceleration. The acceleration due to Earth’s gravity is called g and is equal to 9.8 m/s2 (meters per second squared) at Earth’s surface. 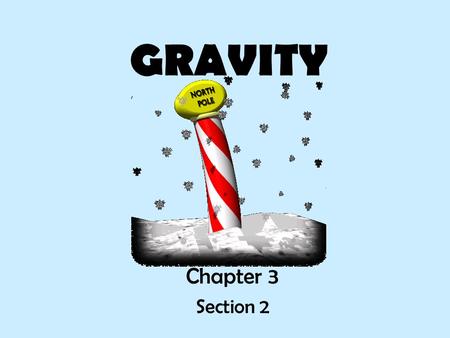 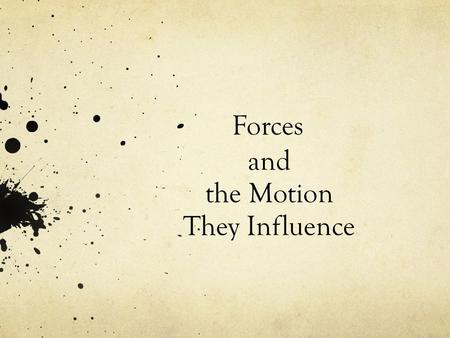 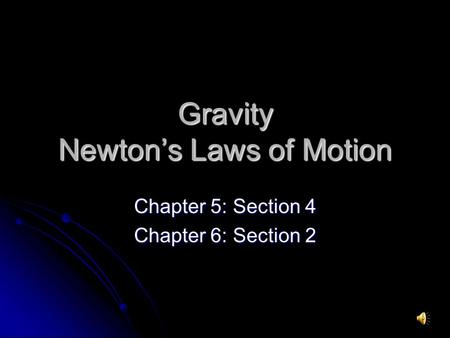 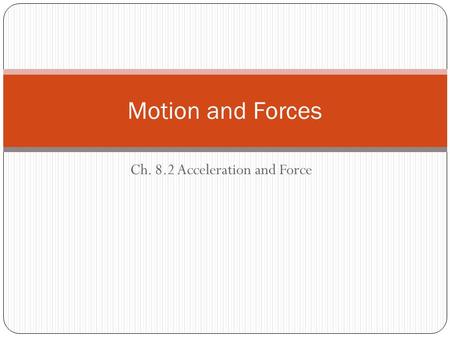 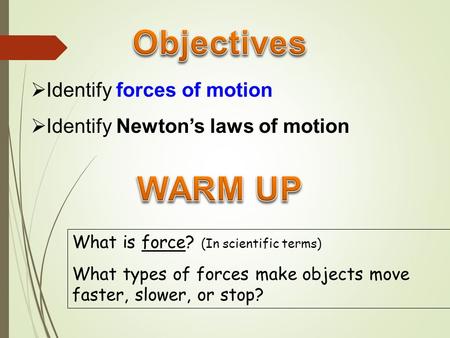 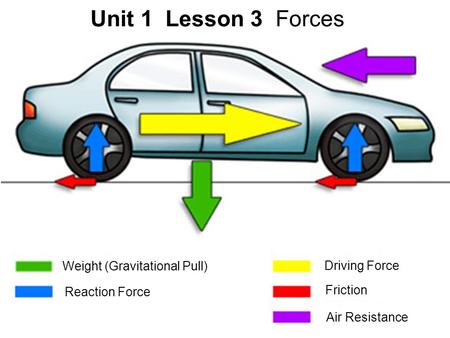 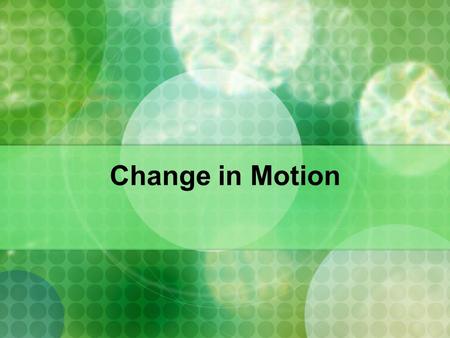