2 Historical Information The majority of Americans of African heritage can trace their origins to western Africa (Empires: Ghana, Mali, and Songhai). European nations began the slave trade in the 1500s. Majority of enslaved Africans were sent to what is now the United States and Latin America.

4 Early Literary Milestones In the U.S., Briton Hammon was the first black prose writer of record with "A Narrative... of Briton Hammon, A Negro Man" in 1760. The first poet was Lucy Terry with "Bars Flight" in 1746. Phillis Wheatley published her first poem in 1770.

5 Literary Milestones An important body of literature in black America is very recent. In centuries past, however, notable contributions were made to the literature of the African American's respective culture. –Jacques Captain in Holland –Juan Latino in Spain – Alexander Pushkin in Russia –Alexandre Dumas in France.

6 19 th Century Milestones –The birth of a real African-American literary tradition dates from l853 when William Wells Brown wrote "Clotel", the story of the hardships of a mulatto family. Charles Waddell Chestnut was the first to give series consideration to the artistic requirements of the short story and novel. His works were published as early as 1887.

8 Contemporary Writers Richard Wright Ralph Ellison who received the National Book Award in 1952 for Invisible Man. James Baldwink, Go Tell It On The Mountain. Eldridge Cleaver, Soul on Ice Maya Angelou's autobiographical I Know Why the Caged Bird Sings the first nonfiction work by a black woman on the best-seller list. Alex Haley's, Roots, for which he won the Pulitzer Prize in 1977.

10 Common Themes The “Dream Deferred” Struggle Against Oppression “The black islet in the midst of the white island…(p.446). Harlem Renaissance

11 Common Themes (cont’d) African American literature has been inextricably linked with the complex racial realities which have surrounded the black writer. With few exceptions, the major literary efforts of the African American have stemmed - directly or indirectly - from the existential facts of life for the black race in "white America".

13 A PBS site that explores African traditions and gives particular emphasis to oral tradition. http://falcon.jmu.edu/~ramseyil/yalit.htm Yond Adult Literature Website for Young Adult Literature There are special links to African American Literature resources for teachers. (There is also one for Asian American Literature). http://falcon.jmu.edu/~ramseyil/angelou.htm May Angelou Teacher Resource I Know Why the Caged Bird Sings is one of the most often taught novels in 6-12th grade. This website offers tremendous resources for students. 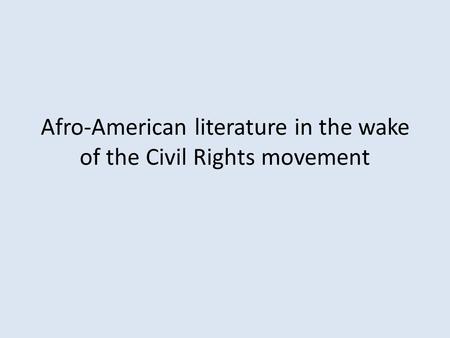 Afro-American literature in the wake of the Civil Rights movement. 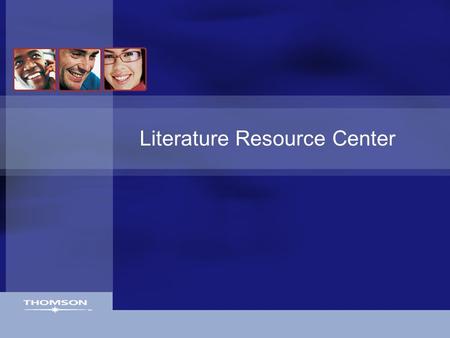 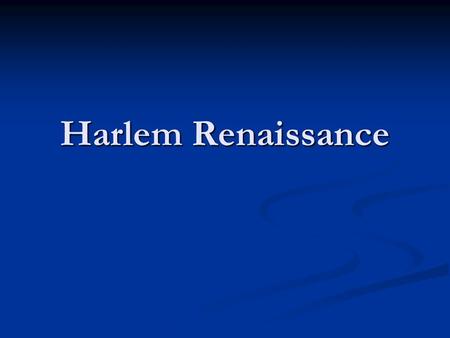 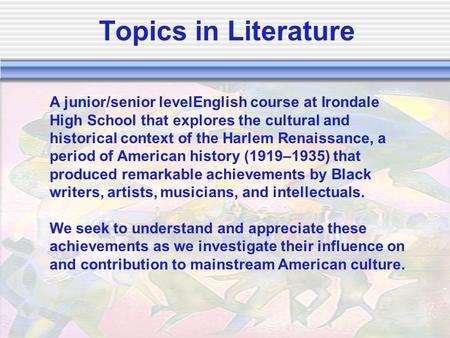