5 5 There are three important facts throughout the pension system. 1981 The creation of pension funds (DC). 20022008 The adoption of multi-funds scheme. 2008 Pension Reform

7 7 The pension funds have diversified their investment flows depending on the economic cycle. Figure 2. Investment of pension funds by assets Source: Central Bank of Chile.

8 2. Main characteristics of the pension system

9 9 When we talk about the contributive pillar, we are talking about the pension fund mainly. The main characteristics of the scheme are: It is a defined-contribution scheme. It is compulsory for all employed workers. Working contributions are saved in individual accounts (10% of salary). Pension fund administration institutions (AFPs) are responsible for managing the funds, with separate assets. Workers are free to choose their administrator and type of funds. Insurance contract to protect workers in case of disability or death(monthly payments). Pension funds constitute households wealth.

10 10 There are two modes of pensions for retirement: Programmed withdrawals and Immediate Life Annuity.

12 12 According to the recommendations of the 1993 SNA: The pension scheme in Chile is comparable to a private social security scheme, based on special funds, which are managed by autonomous pension fund managers... Social Security Transactions

13 13 Pension Funds in the Chilean National Accounts: Method and source. The pension funds are regarded as a Conceptual Agents Financial Intermediary Integrated approach The transactions and balance sheets are compiles in a single process. Pension funds integrated accounts are compiles based on Financial statements These reports allow to obtain the current and financial account and the balance sheets.

20 20 Concerning the assets and liabilities of the Central government related with the pension system. Liabilities: The debt that the State keeps with workers -who chose the new scheme- is imputed in the liability of Central Government. Assets: In the context of solidarity pillar, the pension reserve fund was created for ensuring the payments of solidarity pension. The assets in the portfolio are recorded in the balance sheet and in the financial account of the General government.

22 22 Currently, the national accounts of Chile for pension funds complies almost fully with the recommendations presented in the 2008 SNA. For the rest of the recommendations, they could be considered in 2013 benchmark compilation (expected publication 2016). According to our pension system and based of the descriptions in paragraph 17.128 (2008 SNA), the Chilean scheme would be classified as a Employment- related pension schemes other than social security and as a defined contribution, as well. 2008 SNA Recommendations

23 23 Main classification differences are related to: Classification of supplementary contributions. Bonds Indexation and its treatment in financial flows and property income calculation. This treatment is currently under evaluation. 2008 SNA Recommendations Concerning the supplementary table: Under a DC scheme the pension entitlements are part of the national accounts. In the case of the pension entitlements of the old scheme, this would be included in this table, to the extent that the public sector publishes the information. 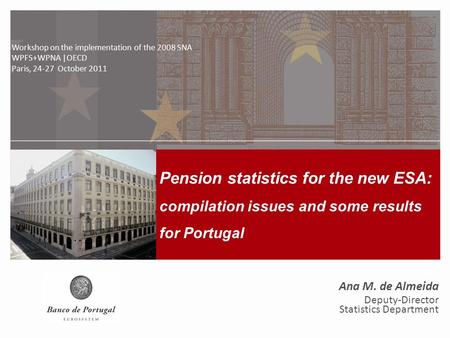 Pension statistics for the new ESA: compilation issues and some results for Portugal Workshop on the implementation of the 2008 SNA WPFS+WPNA | OECD, 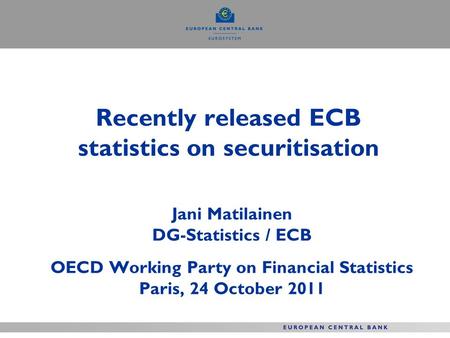 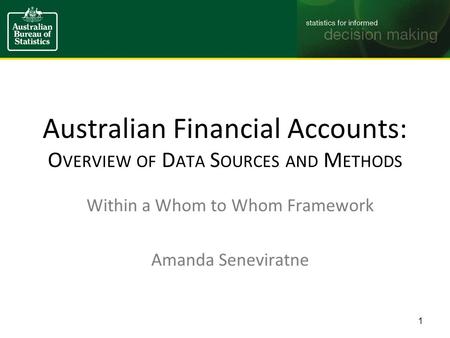 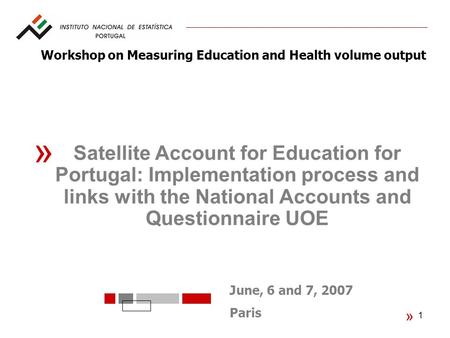 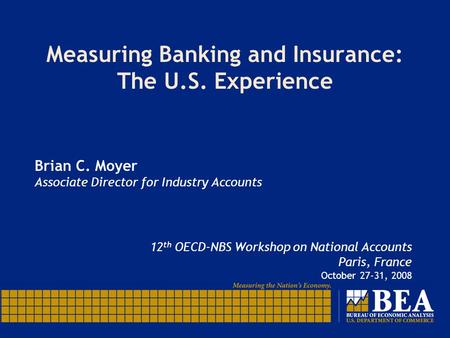 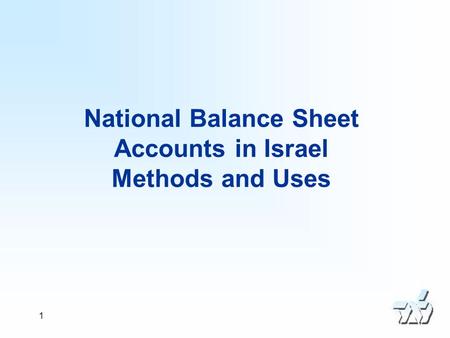 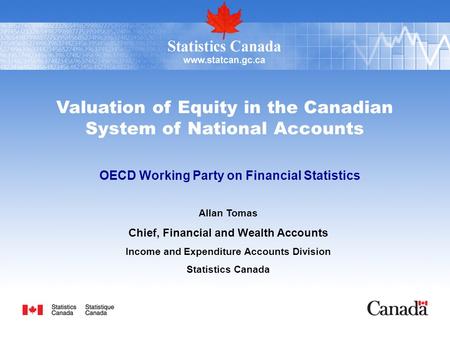 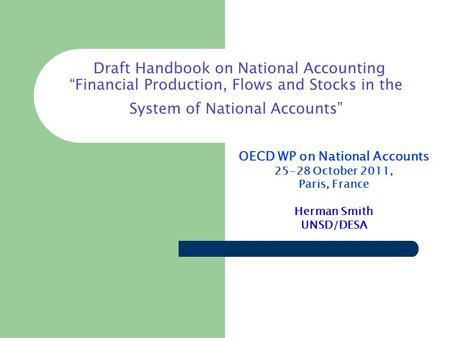 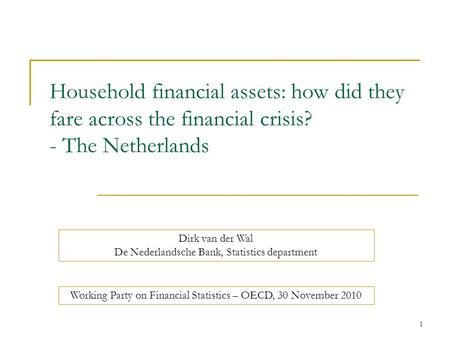 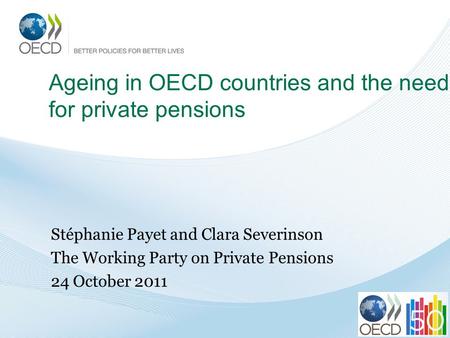 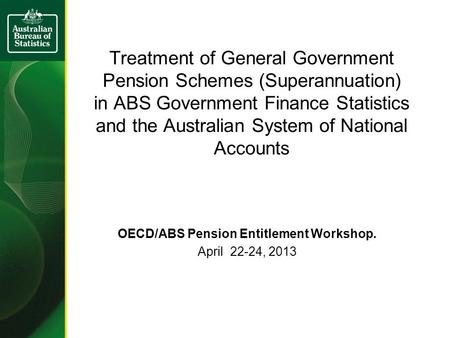 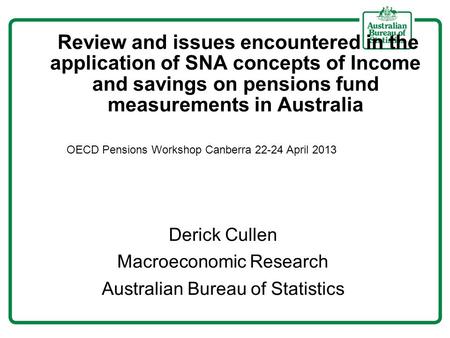 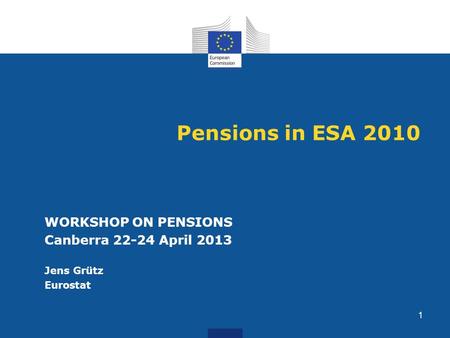 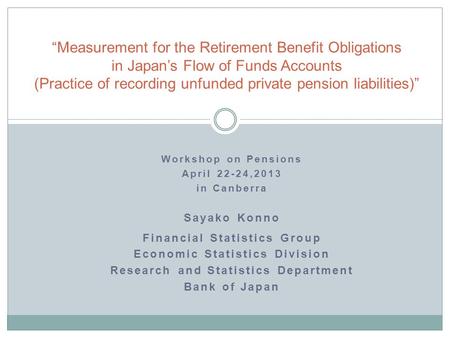 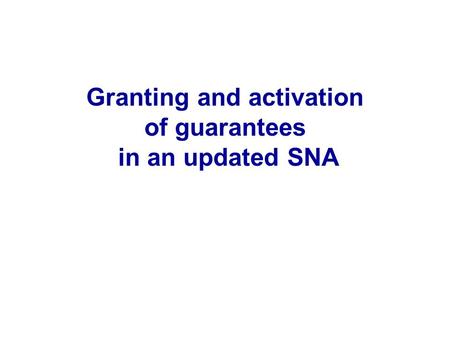 Granting and activation of guarantees in an updated SNA. 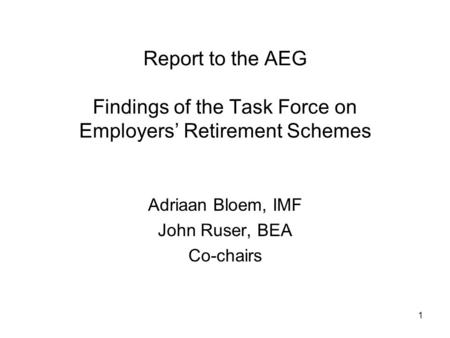 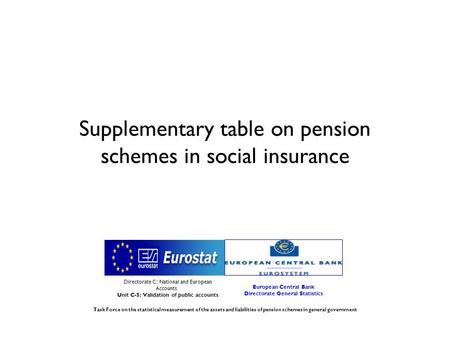 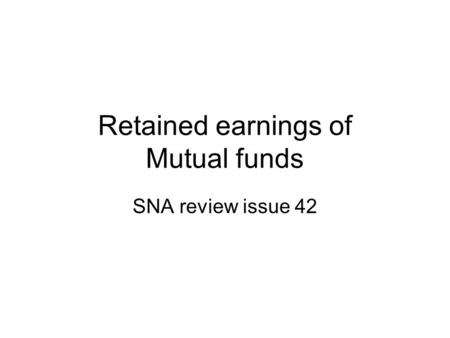 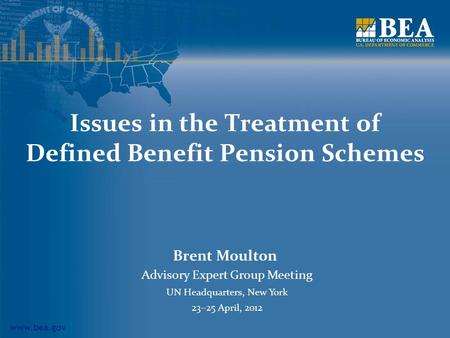 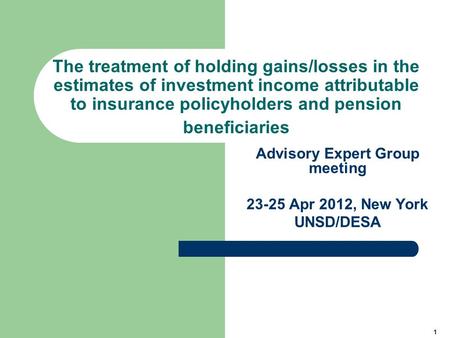 1 The treatment of holding gains/losses in the estimates of investment income attributable to insurance policyholders and pension beneficiaries Advisory.