2 Hinduism Time and Place: Prehistoric India Founder/Leader:
Hinduism can not be traced back to one founder with a single set of ideas Text: Vedas and Upanishads— The Vedas, was brought to India by the Aryans. Later, Hindu teachers tried to explain the meaning of the Vedas in the Upanishads Monotheistic or Polytheistic? Brahman (spirit) takes many forms Brahma—The Creator Vishnu—The preserver Shiva—The Destroyer

3 Basic Beliefs/Teachings
Moksha—to achieve union w/ Brahman by freeing yourself from selfish desires Reincarnation—rebirth of the soul in order to meet moksha Karma-- actions of a person’s life that affect his or her fate in the next life (what goes around, comes around) Dharma-- the religious and moral duties of an individual Ahimsa—nonviolence. all people and things are part of Brahman and should be respected

5 Basic Beliefs/Teachings
10 Commandments Strong moral code of ethics/behavior Abraham makes a covenant : an agreement with God If Abraham and his followers followed God, God would lead them to the promise land Diaspora-The Babylonians conquer Israel and force the Jews out, and they scatter all over the world.

9 Basic Beliefs/Teachings
Jesus is the son of God and savior for all humankind. Preaches: forgiveness, kindness love, Salvation available to anyone who believes. Also uses the 10 commandments.

11 Basic Beliefs/Teachings
Five Pillars of Islam Confession of Faith Pray 5x a day, facing Mecca Charity to the poor Fast during Ramadan Pilgrimage to Mecca (Hajj) Consider Jews and Christians “People of the Book” and accepts their prophets 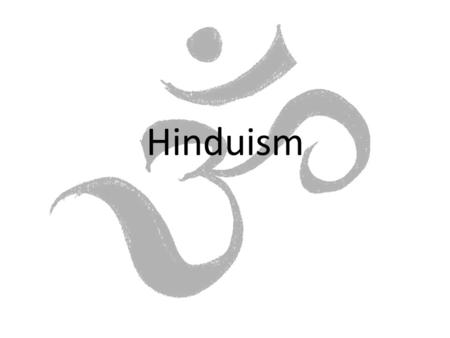 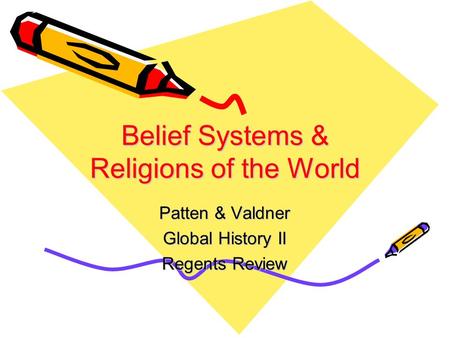 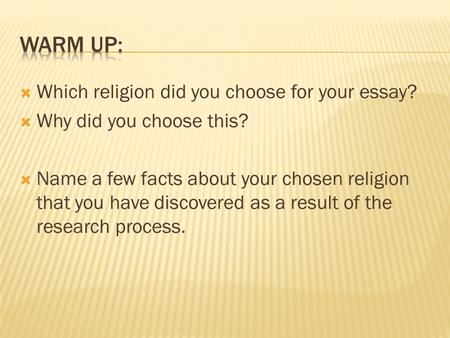 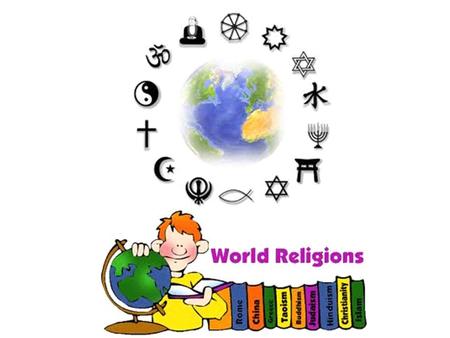