2 Greeks placed importance on intellect.
Intellect: the ability to learn and reason

4 Socrates Born 470 B.C. Gave up business to search for truth
Traveled throughout Athens teaching developed Socratic Method of learning – answered a question with a question

6 Reaction to Teachings of Socrates

7 Some people were pleased to examine their own beliefs

8 Some felt that Socrates teachings were dangerous.

10 Socrates was accused of….
Denying the gods Corrupting the youth of Athens Trying to overthrow the government

11 Socrates was put on trial.
Tried before 500 citizens “Wealth does not bring goodness. But goodness brings wealth and every blessing, both to the citizen and to the polis.”

14 People regretted executing Socrates and erected a statue in his honor.

19 The Academy by: Raphael

22 Aristotle Pupil of Plato Came to Academy at 17; stayed 20 years
Founded his own school & wrote more than 200 books

23 “the master of them that know”
First to classify Developed third step of scientific method: testing hypothesis Logic – science of reasoning

24 Be kind, for everyone you meet is fighting a hard battle. Plato
The unexamined life is not worth living. Socrates Character may almost be called the most effective means of persuasion. Aristotle 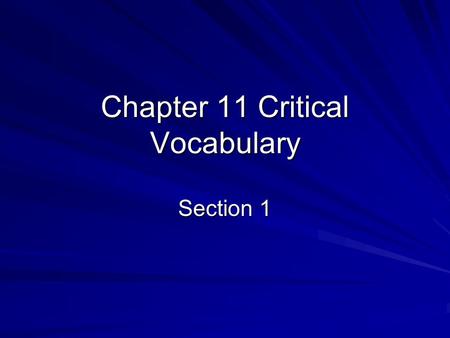 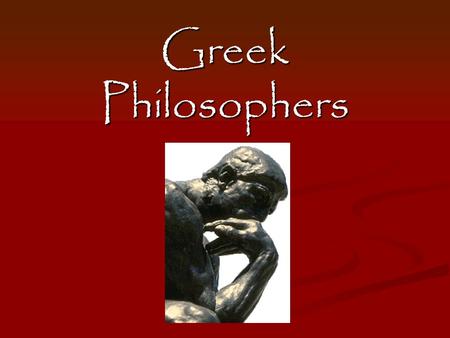 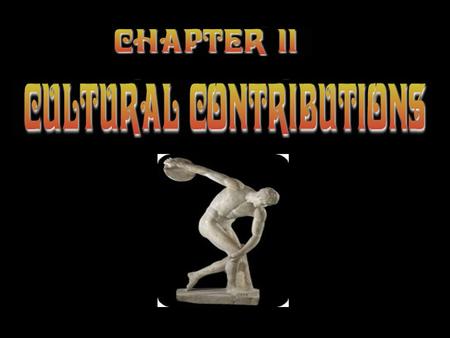 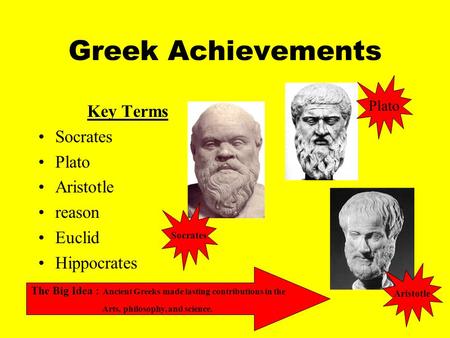 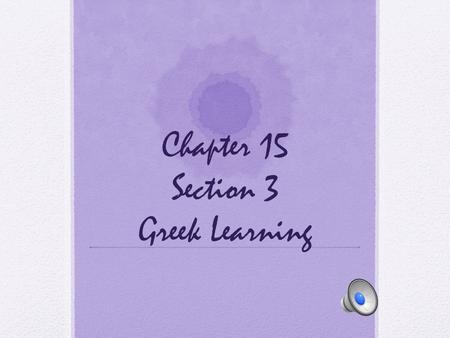 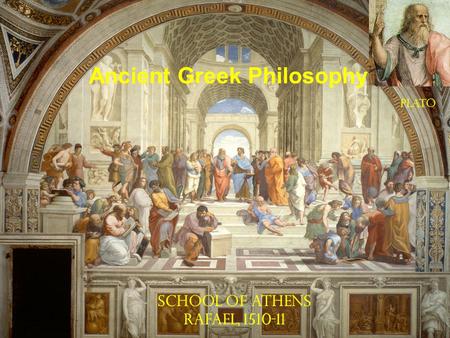