1 Birth of a Nation

4 Provisions of the Articles 1.States had the power 2.Weak central govt. 3.No power to tax 4.No executive or judicial branch 5.No power to regulate interstate commerce 6.Each state had 1 vote 7.Could declare but could not raise army Advance of settlement to 1790

5 The Land Ordinance of 1785 America now feels that this is their land to settle – Ordinance of 1785 Establishes system for surveying/distributing land Sold to help pay national debt Townships divided into 36 sq. miles or 640 acres for minimum of $1 per acre Income from sale of one section was to go to support public schools ( 1 st ex. Of fed. Aid to education) Still used today

7 Land Division in the Northwest Territory

9 SHAY’S REBELLION An event that highlighted the weakness of the Central (National) government was Shay’s Rebellion Farmers in western Massachusetts rose up in protest over increased taxes Daniel Shay led 1,200 farmers toward the arsenal in Springfield The event caused alarm throughout the republic 1787

13 CREATING A NEW GOVERNMENT The 55 delegates at the Constitutional Convention realized the need to strengthen the central government Elected George Washington- chairman They soon decided to create an entirely new Constitution instead of amending the Articles Articles were scraped Peaceful overthrow of U.S. govt. “ Compromise”

18 The Great Compromise Benjamin Franklin Roger Sherman (CT) – Connecticut Compromise Bicameral legislature – House of Representatives Based on population Directly elected Every tax bill would originate in the House – Senate Each state equally represented Senators selected by the state legislature “Mankind may hereafter, from this unfortunate instance, despair of establishing governments by human wisdom, and leave it to chance, war, and conquest” ~ Benjamin Franklin ~

21 The Executive Chosen by legislature or independently elected? – Both! – Electoral College Electors chosen by the states Electors would cast the vote based on the popular vote Safety system if people made a mistake House of Representatives chooses Vice President – Runner-up in electoral college – Tie: Senate chooses Issues: – Single or multiple? – How is he to be chosen? Single executive – Alexander Hamilton – George Washington “The British government forms the best model the world has ever produced.” ~ Alexander Hamilton ~

28 THREE-FIFTHS COMPROMISE Next difficult issue: Slavery South- Slaves should count as parts of population North- slaves should not count North- If slaves count, should also count for tax purposes Compromise- Every five enslaved persons would count as three free persons

32 The Federalist Papers New York – Gov. George Clinton 85 essays to support Constitution Publius – Alexander Hamilton – James Madison – John Jay Federalist 10: – Control of factions – “Pluralism” Federalist 51: – Separation of powers Chart Map “The influence of factious leaders may kindle a flame within their particular States, but will be unable to spread a general conflagration through the other States” ~ Federalist 10 ~ “Ambition must be made to counteract ambition.” ~ Federalist 51 ~

33 ANTI-FEDERALIST The Anti-Federalist view was that the Constitution did not guarantee the rights of the people of the states Led by Patrick Henry, George Mason, and Richard Henry Lee, the Anti- Federalists wanted a Bill of Rights to off-set the strong central government Lee penned his views in the widely read, Letters from the Federal Farmers

35 OLDEST LIVING CONSTITUTION The U.S. Constitution is the oldest written national constitution in the world Constitution- Supreme Law of the Land Elastic Clause key to flexibility Also ability to change, or “amend” the Constitution helps preserve it 27 Amendments have been added 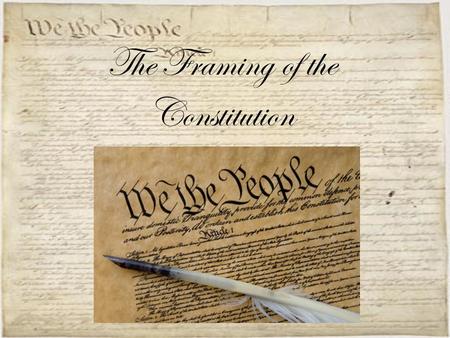 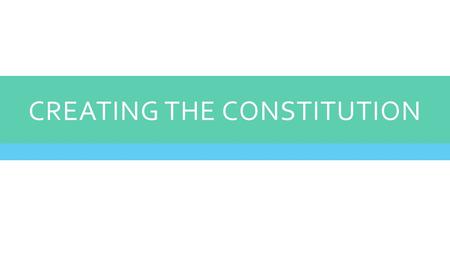 CREATING THE CONSTITUTION. ARTICLES OF CONFEDERATION AND PERPETUAL UNION The Articles of Confederation- our first government  Established a confederation- 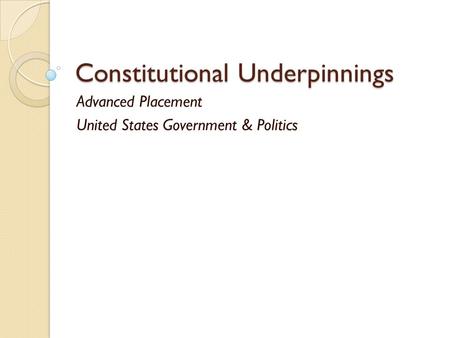 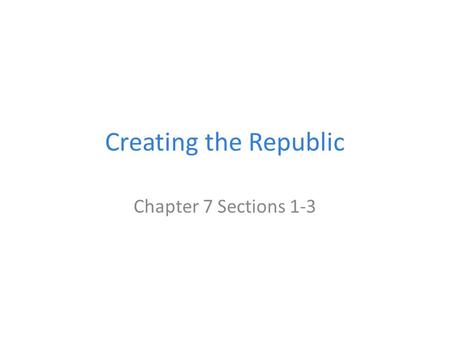 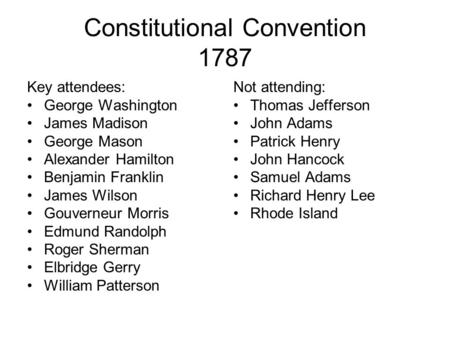 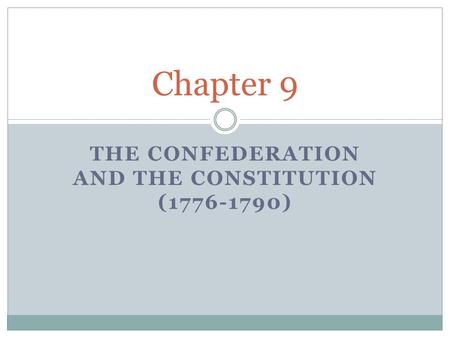 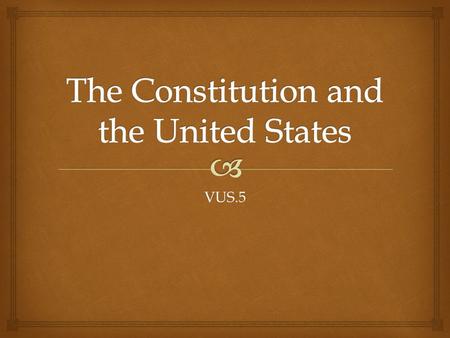 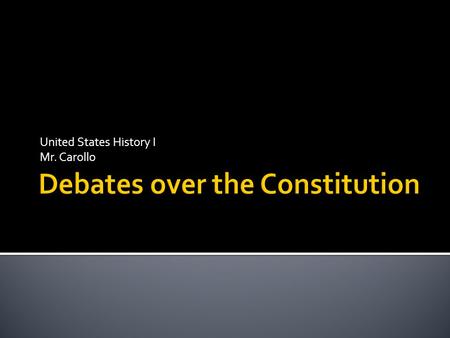 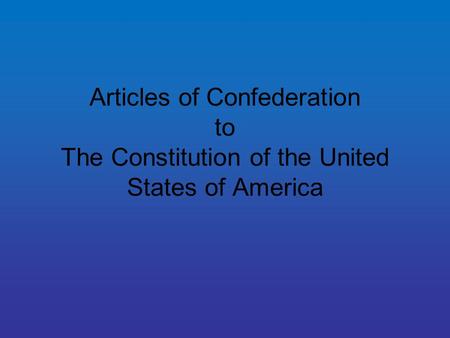 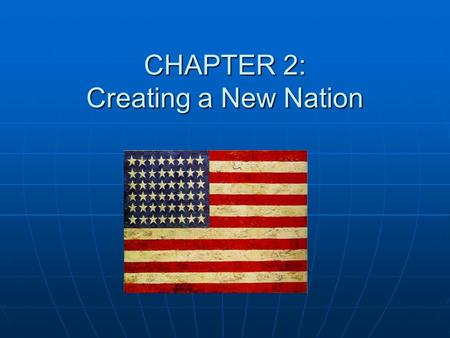 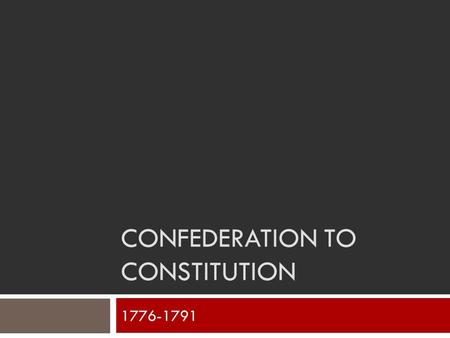 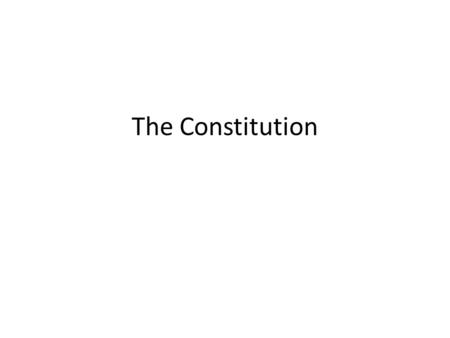