Presentation on theme: "Monetary Policy and you: You can do this! AP PHS March 5, 2011."— Presentation transcript:

4 What is the Fed? Central bank of the United States Established in 1913 Purpose is to ensure a stable economy for the nation

10 Monetary Policy at the Grassroots Each head office and branch of the Federal Reserve System has a local Board of Directors. –7–9 individuals Board members provide various perspectives and economic data from different regions and industries. Boards of directors influence policymaking at the national level through “real-world” input.

11 Monetary Policy Policy changes affect the nation’s supply of money and credit. Actions have real short- and long-term effects on the economy.

15 Banks must have the appropriate amount of reserves at the end of each business day. If they do not have the necessary reserves, banks must borrow in order to have them.

16 Where to Borrow the Money? Discount Rate Fed Funds Rate OR Interest Rate

17 Discount Rate The interest rate charged by the Federal Reserve Banks that borrow on a short- term (usually overnight) basis. Typically set at 1 percentage point above the Federal Fund Rate. Changes in this rate are considered less important than the federal funds rate target

19 Open Market Operations The Federal Reserve buys and sells U.S. Treasury securities on the open market in an effort to meet its target for the federal funds rate. This is the Fed’s primary policy tool.

22 Tight Monetary Policy When? The Fed raises interest rates as an effective way to fight inflation. –Inflation—a sustained rise in the general price level; that is, all prices are rising together. Action? The Fed sells Treasury securities taking money out of the economy.

24 Loose Monetary Policy When? The Fed is concerned that the economy is slowing down. –If inflation is in check, lower rates stimulate economic activity, thus boosting economic growth. Action? The Fed buys Treasury securities adding money to the economy. 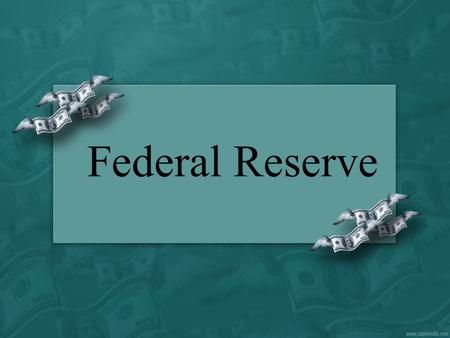 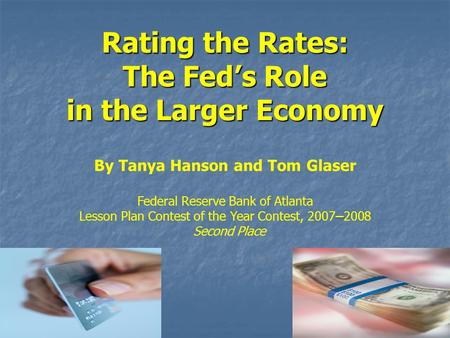 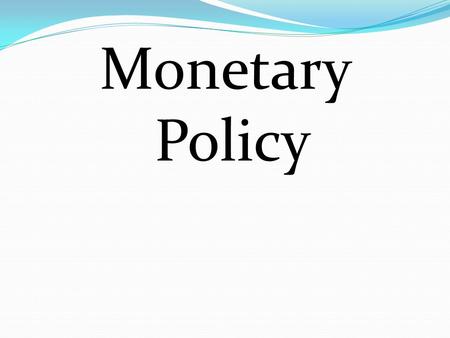 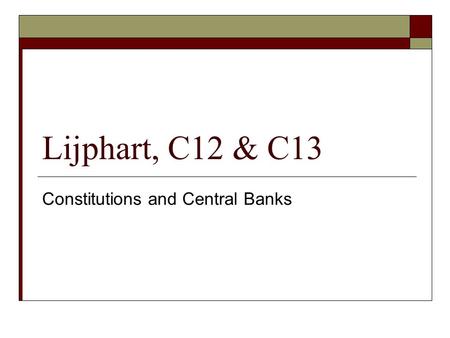 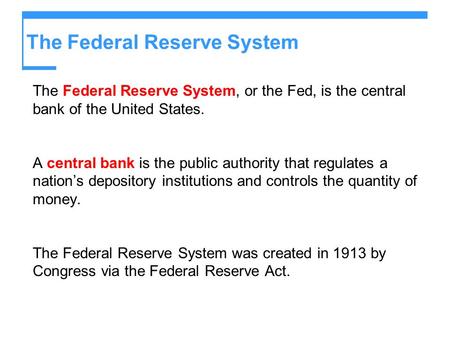 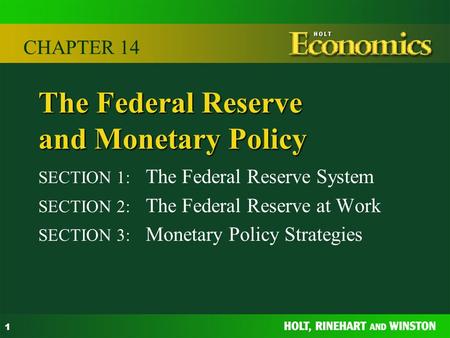