8 Motivation CWPAN intends to provide design to support dynamic bandwidth Backward compatibility: to keep the backward compatibility to IEEE ad/WiGig device Coexistence: to ensure the coexistence between IEEE ad / WiGig device and CWPAN device PHY design: to reuse the PHY design for large bandwidth and reuse or change the PHY design for small bandwidth MAC design: There is a need to add in MAC protocols in CWPAN to split a large band into two small bands for operations of 2 networks and to expand a small band in network operation with an adjacent vacant small band into a large band.

9 CWPAN MAC Protocols – to support dynamic bandwidth
When a new CWPAN device (to become AP/PCP2) requests an existing CWPAN network (AP/PCP 1) to be split to a smaller band from a large band L1, it first joins the existing CWPAN network and requests to split the band After splitting, AP/PCP 1 and AP/PCP 2 each creates a quiet period (QP) in their respective networks and sends out quasi-omni beacons during notification period (NP) respectively. AP/PCP 2 synchronizes with AP/PCP 1 by receiving the time stamp in AP/PCP 1’s quasi-omni beacons during NP1. Non-AP/non-PCP devices associated to AP/PCP 1 continue their packet transmissions in small band network in S5 after tuning in and receiving the quasi-omni beacon frames sent out by AP/PCP 1 in small band. Non-AP/non-PCP devices associated to AP/PCP 2 start their operation in small band S6. When one network operating in small band ceases its operation, another network can proceed to expand its bandwidth from its small band to the large band after detecting it. Channel Revised Frame Structure in Dynamic Bandwidth MAC protocol for CWPAN network

12 Overview of CWPAN SG5 – 40~50GHz
In 2009, a big fundamental research project supported by the MOST of China on CMOS Millimeter Wave and THz ICs was approved, the key application of the ICs is aimed for millimeter wave wireless communications. Southeast University (SEU) delivered the proposals to CWPAN working group and the State Radio Regulatory Commission to develop the China mmW standard Q-LINKPAN which can be used both in short range and point-to-point (Q-Band + LINK +PAN). A study group (SG5) was then set up under CWPAN in Sept 2010 to start the technical investigation on Q-LINKPAN. The State Radio Regulatory Commission is now considering the application of frequency band for Q-LINKPAN.

17 doc.: IEEE /1034r0 Conclusions CWPAN has made significant progress in PG 4 (60GHz) and SG 5 (40~50GHz) in the last Quarter CWPAN Co-existence proposal ensures the co-existence between CWPAN and IEEE ad networks Minimal change in IEEE ad CWPAN has officially submitted the request of the spectrum allocation in GHz in China for Q-LINKPAN Peng Xiaoming, I2R 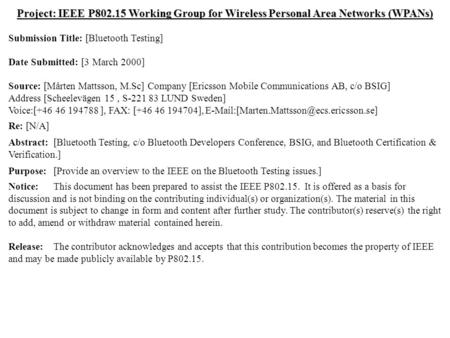 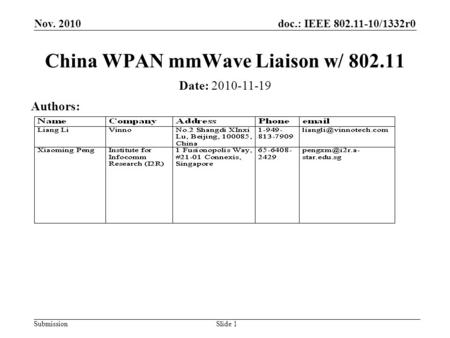 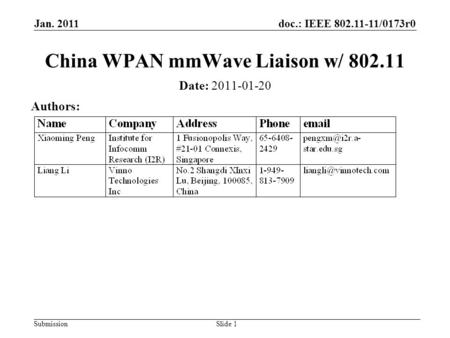 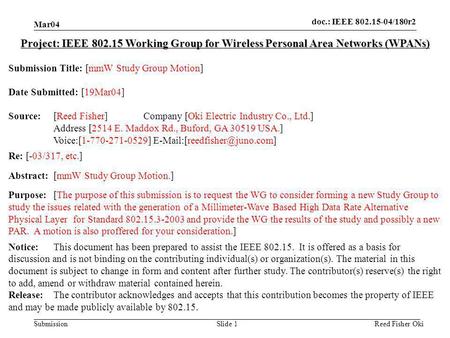 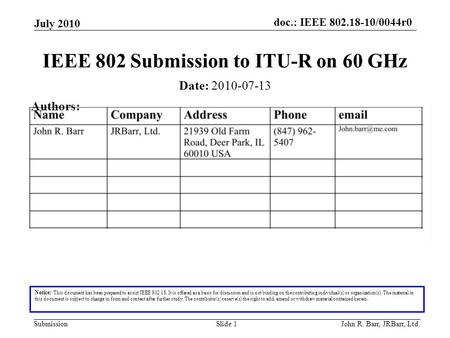 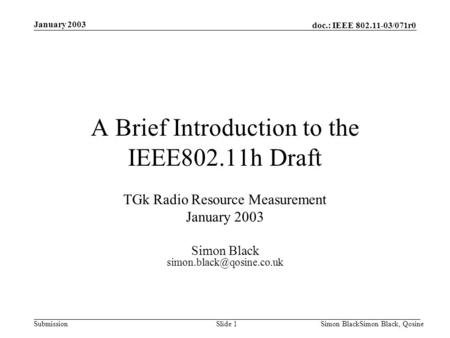 A Brief Introduction to the IEEE802.11h Draft 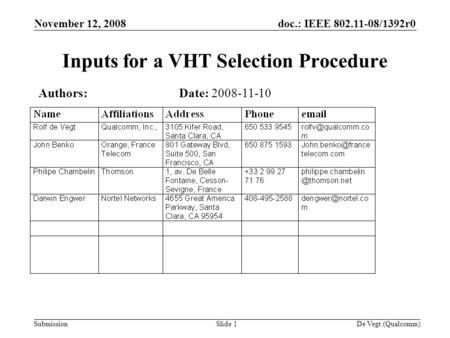 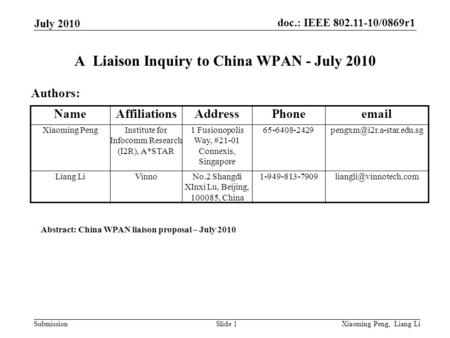 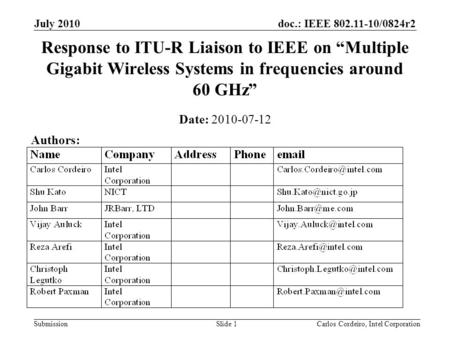 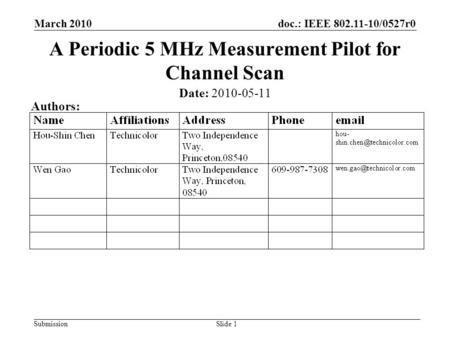 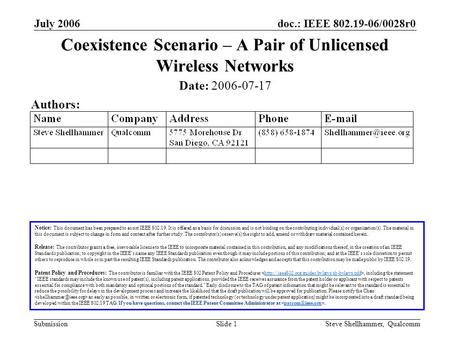 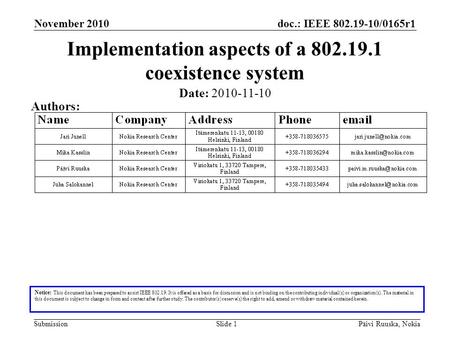 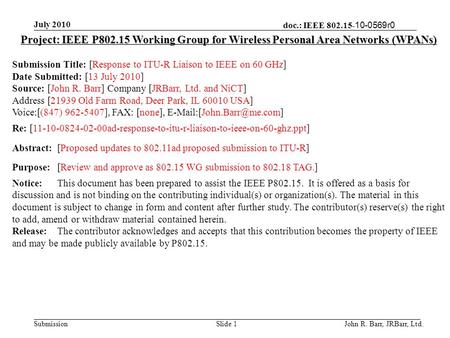 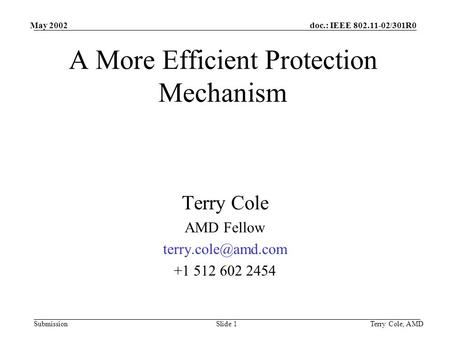 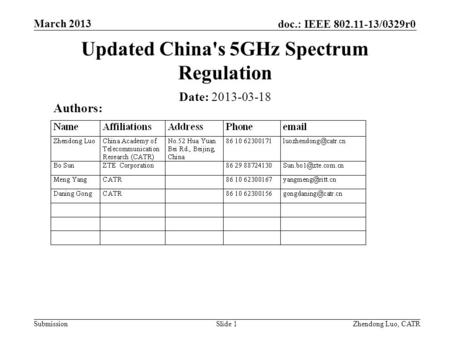 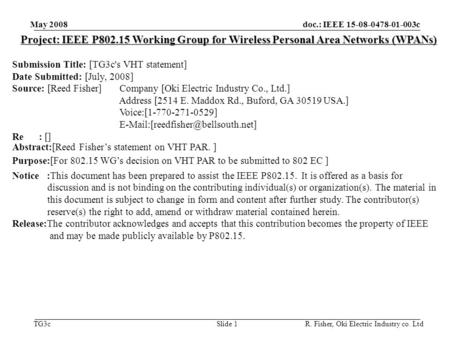 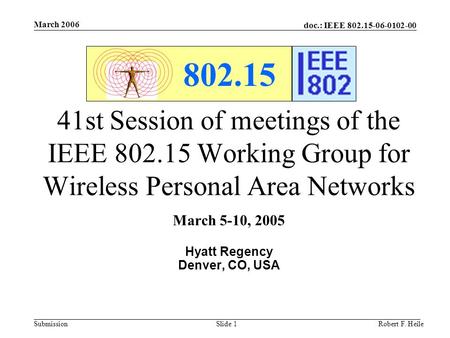 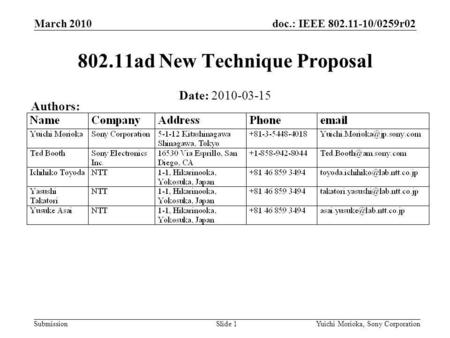