4 Taiga: Temperate Boreal Forest Tundra Desert Temperate Grassland
Tropical Rainforest Savanna Taiga: Temperate Boreal Forest Tundra Desert Temperate Grassland Temperate Deciduous Forest Temperate Evergreen Forest Freshwater Wetlands Estuary Marine …However, there is some disagreement among scientists about how many biomes there should be. Some argue that there are as few as five and others that there are as many as thirteen or more. For our purposes, we will focus only on the terrestrial (land) biomes. If we included aquatic, there would be even more. The eight biomes represented here are pretty standard, but they are relatively generic. It is possible to divide these into smaller biomes. For example, we could break the tundra into arctic tundra and alpine tundra.

5 Tropical Rainforest Typically found near the equator
Receives cm of rain annually Temperatures typically fall between 20oC and 25oC for the entire year As many as 50% of all the world’s animal species may be found here!!!

8 Savanna Grasslands with a few scattered trees
Experience a wet and dry season Hot temperatures from 16-34oC Annual rainfall is between cm More species of grazing mammals than any other biome!

20 Temperate Grassland Because of the dry climate, trees are found only near water sources such as streams Usually receives between cm of rainfall each year Average temperature 0-25oC Summer temperatures can reach up to 38oC, and winter temperatures can fall to –40oC

35 Estuary Area where salt water and fresh water meet
Filter sediment and nutrients, purifying the water that drains off the land 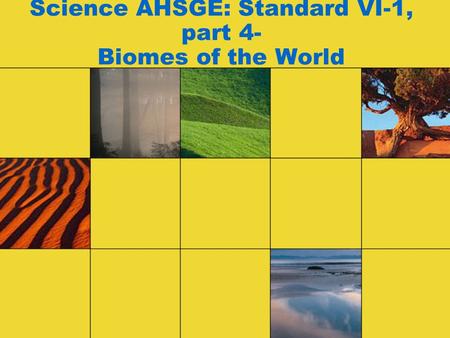 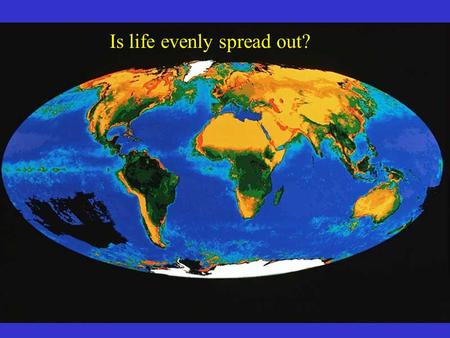 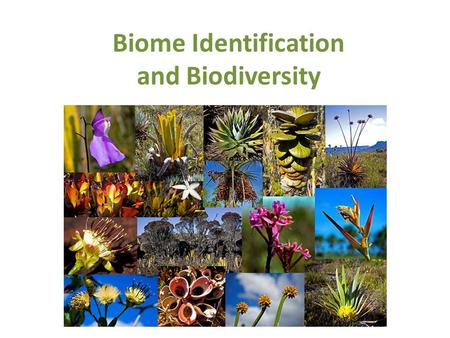 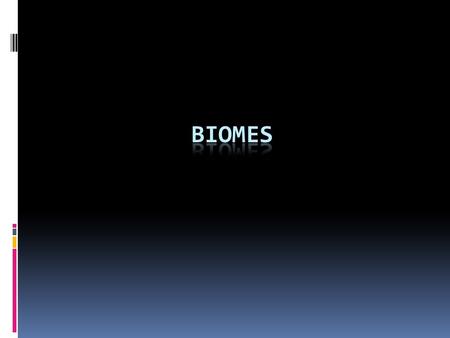 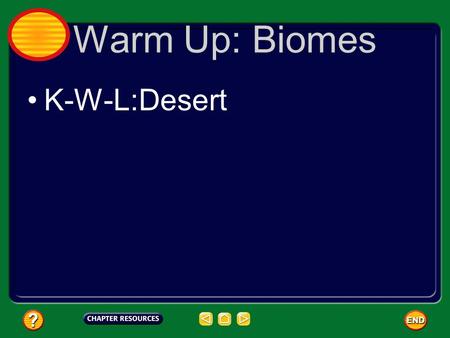