2 © Boardworks Ltd 2010 2 of 11 Teacher’s notes included in the Notes Page Flash activity. These activities are not editable. Web addresses Icons key: For more detailed instructions, see the Getting Started presentation Functional Skills check Student task accompanies this slide Printable activity This lesson will cover: What is meant by a human-computer interface. Common types of interface. WIMP in computing. Other types of interface.

5 © Boardworks Ltd 2010 5 of 11 Command line and menu-based examples CLIs are used in older operating systems, like MS-DOS. Menu-based interfaces are more user-friendly than CLIs. Instead of typing in a command, you choose one from a list on the screen, which leads to another menu, which can lead to another.

6 © Boardworks Ltd 2010 6 of 11 Graphical user interfaces The image on the left of this screen is a graphical user interface that represents a real calculator. When you click on each of the buttons, the interface converts this input into a code. The computer then reads this code and displays the correct output through the GUI. What do you think makes a good GUI?

7 © Boardworks Ltd 2010 7 of 11 WIMP In computing, WIMP stands for Window, Icon, Menu, Pointer (or pointing device). The first GUI was created by Xerox in the 1970s with many WIMP features, but Xerox didn’t develop the idea further. Steve Jobs, co-founder of Apple, recognized the potential of WIMP and incorporated the interface into Apple’s new Macintosh computers. It was a massive commercial success.

9 © Boardworks Ltd 2010 9 of 11 Touch screen technology Many mobile phones now use touch screen technology. The Apple iPhone still has a GUI, but instead of using a mouse to select the icons, the user simply touches them. The iPhone’s multi-touch user interface also allows the user to use their fingers to zoom into pictures and web pages.

10 © Boardworks Ltd 2010 10 of 11 Motion tracking interfaces monitor body movements and translate them into commands. Gesture interfaces accept input from hand gestures or from sketching done with a mouse or stylus. Voice user interfaces accept input from voice commands and provide output in the same way. Other types of interface There are several other types of user interface that are designed to meet the needs of specific users. What type of user might benefit from a different type of interface?

© Boardworks Ltd of 6 Introduction to Hardware.

© Boardworks Ltd of 14 ICT and Disability. 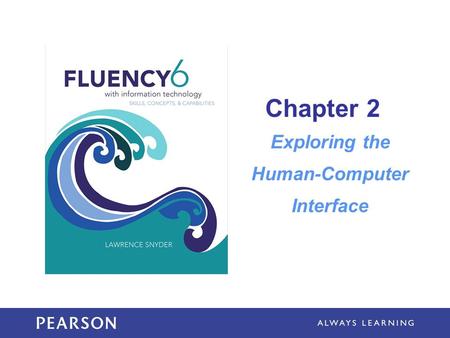 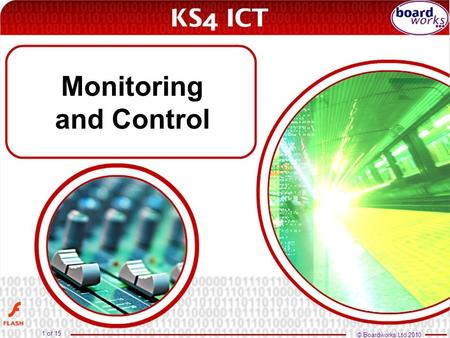 © Boardworks Ltd of 13 ICT and Entertainment. 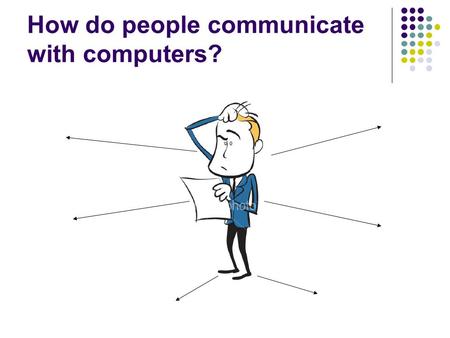 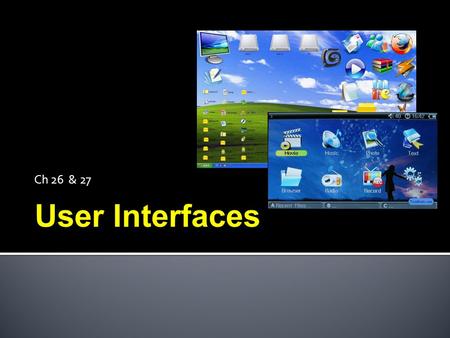 © Boardworks Ltd of 11 The Health and Safety Act. 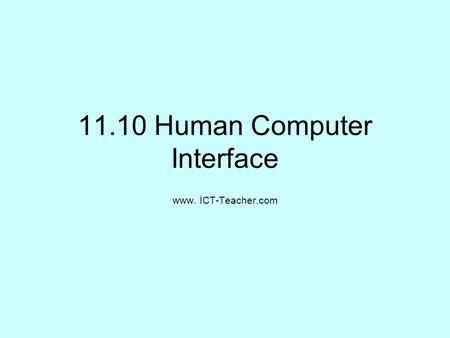 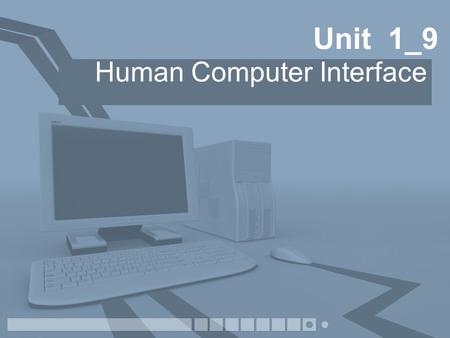 Unit 1_9 Human Computer Interface. Why have an Interface? The user needs to issue instructions Problem diagnosis The Computer needs to tell the user what. 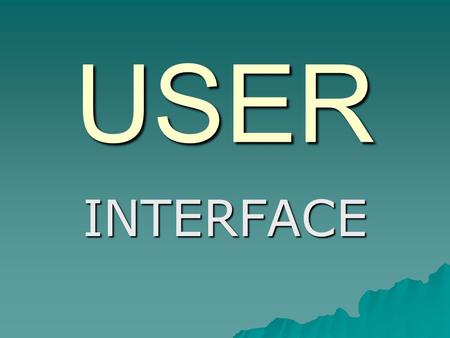