1 Events of the Civil War By: VaShon Williams 2 nd Period

4 Emancipation Proclamation Was signed on January 1, 1863 Addressed on November 19, 1863 Gettysburg, Pennsylvania It was a plan that issued that any African American slave in the Confederacy had to be let free!

8 Assassination of Abraham Lincoln April 14, 1865 Theater in Washington, D.C An actor from the play John Wilkes Booth shot President Lincoln and fled. But got captured on April 26, and killed. 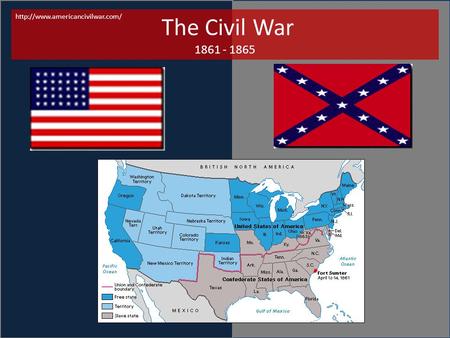 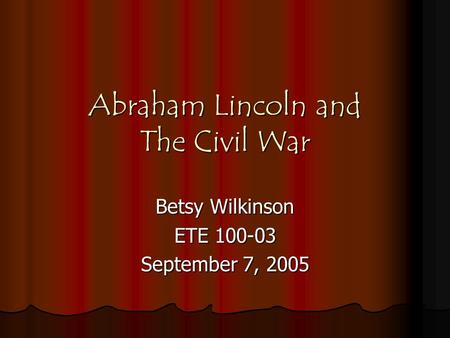 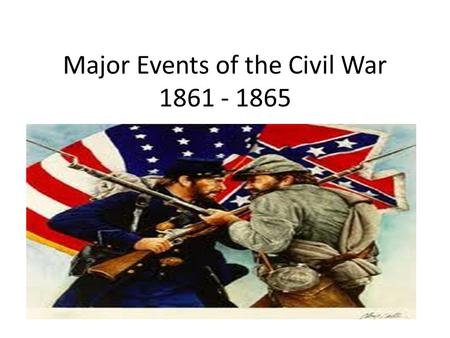 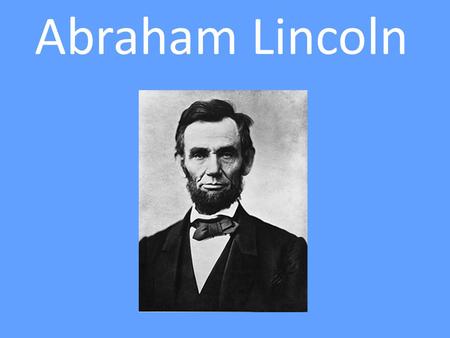 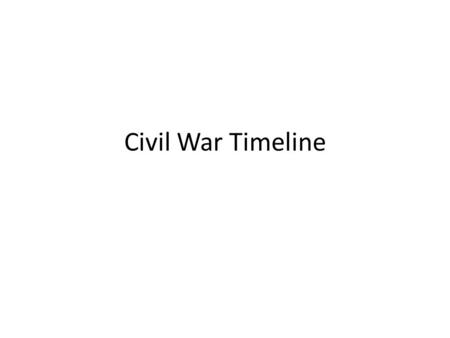 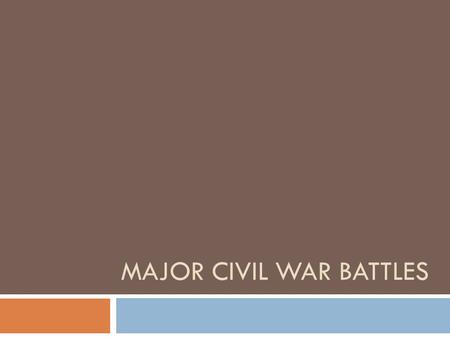 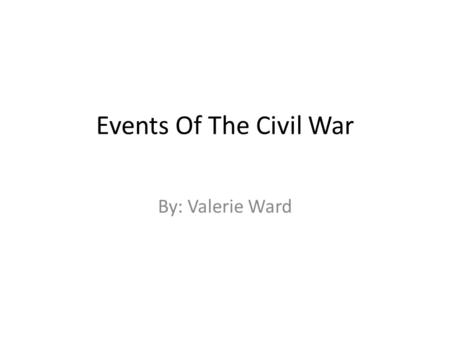 Events Of The Civil War By: Valerie Ward. Firing On Fort Sumter The firing on fort Sumter happened in the year of This event happened in Charleston, 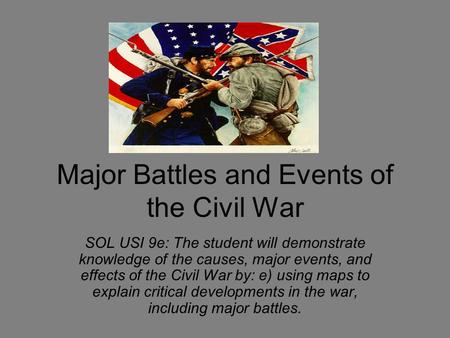 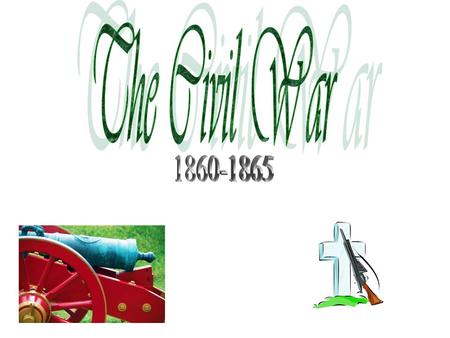 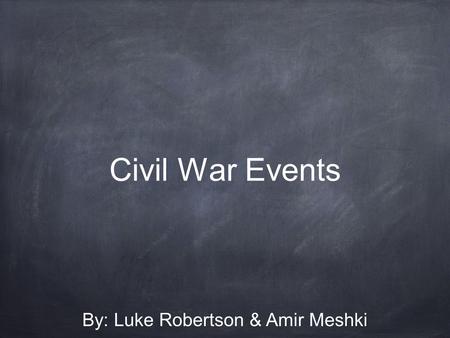 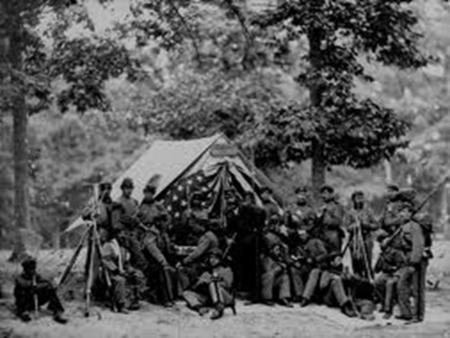