4 Euphrates & Tigris Rivers
Both rivers begin in Turkey and flow south through Iraq. In southern Iraq, the Euphrates River joins with the Tigris River to form one waterway called the Shaat al-Arab. It then flows along the border between Kuwait and Iran and empties into the Persian Gulf. The rivers provide water for both drinking and farming. The countries that share these rivers have had problems over how the water should be shared.

8 Jordan River The Jordan River begins at the southern end of the Sea of Galilee & flows south until it reaches the Dead Sea. This river is a main source of water for Israel, Jordan, parts of Syria, & many of those living in the West Bank & the Gaza Strip. The Jordan River is also important because it is the political boundary between Israel, the West Bank, & Jordan.

12 Suez Canal This is a 120-mile man-made waterway that is used to transport goods to and from all three continents. The French started building it, but it was completed by the British in 1869. It connects the Red Sea with the Mediterranean Sea. At the northern end of the Red Sea, ships can enter the canal and can get to the Mediterranean Sea without having to sail all around the continent of Africa.

16 Persian Gulf This is located between the country of Iran and the Arabian Peninsula. It is one of the main ways oil is shipped from the rich fields of Kuwait, Saudi Arabia, Iran, and other countries that line its shores. All of the countries that produce oil in that region depend on the Persian Gulf as a shipping route.

24 Arabian Sea This is located north of the Indian Ocean.
It forms part of a key shipping route between Europe and India through the Suez Canal.

27 Red Sea This is an inlet of the Indian Ocean that lies between Africa and Asia. Because of its location between Europe, Persian Gulf, and East Asia, heavy shipping traffic takes place here. During the Roman Empire, it was an important route for trade between Rome and China. During the Middle Ages, it was a key part of the Spice Trade.

32 Gaza Strip It is located along the southeastern shore of the Mediterranean Sea. The Gaza Strip is a rectangular territory that is about 25 miles long and 4 to 5 miles wide. It’s one of the world’s most densely populated areas. The Gaza Strip is often politically unstable and there have been many outbreaks of violence over the last 60 years. 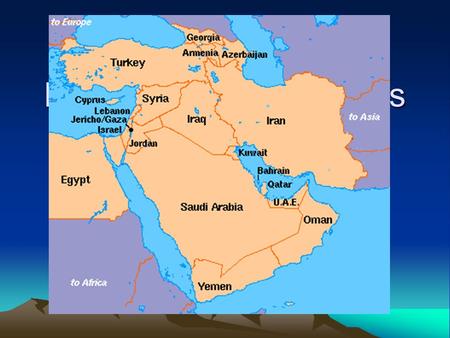 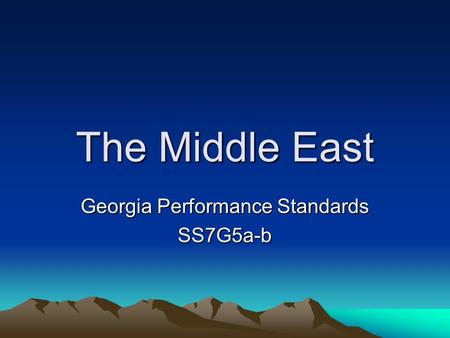 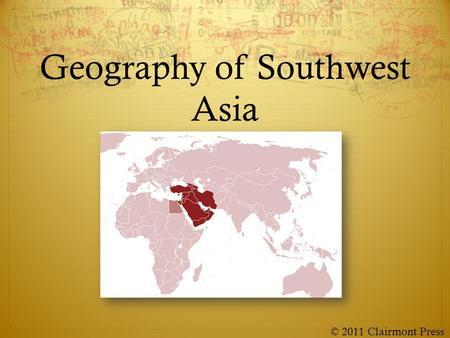 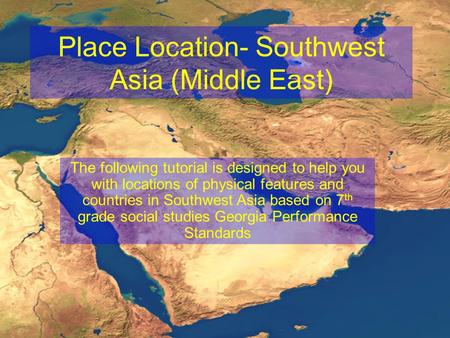 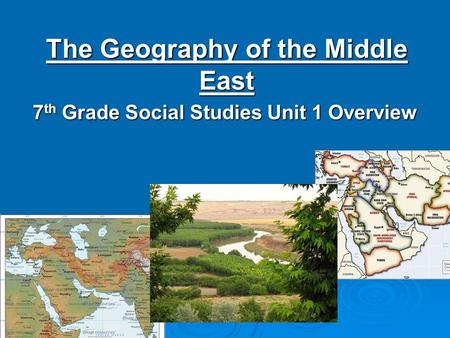 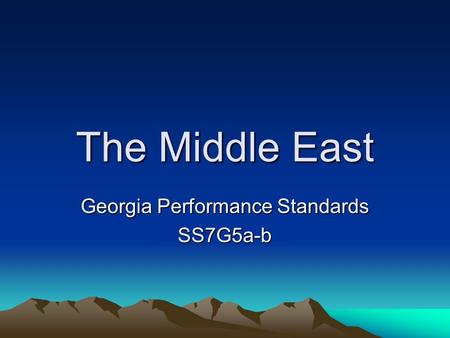 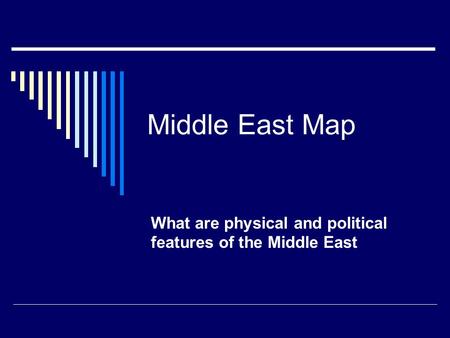