3 3 2. Opportunities and Challenges - 1 1.Modularity: How to Achieve? Incompatibilities? Lattice/poset of theories? 3-D vs. 4-D vs. 3-D/4-D Other? 2.Mapping among the terms/axioms of the relevant upper ontologies Term to term maps Bridging axioms Finding consistent common interpretation subsets Create a reference library of upper ontologies Express in a common language: CLIF or some other CL dialect, IKL? Do we need a common language for expressing commonalities and differences? Identifying an intersecting subset of terms/axioms of the relevant upper ontologies Identifying areas where agreement is easy vs. areas where agreement would be difficult Barriers to agreement, e.g., assumptions on which ontologies are based Scope of these assumptions: do two ontologies based on different assumptions have no points of agreement or are some elements neutral with respect to assumptions? Seek agreement on what needs to defined, rather than reach agreement on definitions? 3.Criteria for evaluating ontologies, including application-based criteria Criteria for evaluating ontologies, including application-based criteria Methods for evaluating ontologies, including protocols and testbeds Certification?

4 4 3. Next Steps? 1.Create a consortium or working group Align with existing standards organization? Independent: New committee under NCOR, ECOR, JCOR: Upper Ontology Reconciliation and Mapping Committee? 2.Identify (or begin to identify) pairs of upper ontologies and/or content elements across upper ontologies where alignment work would be particularly appropriate 3.Seek joint funding to address 2 and 3.1 and 3.2 4.Other? 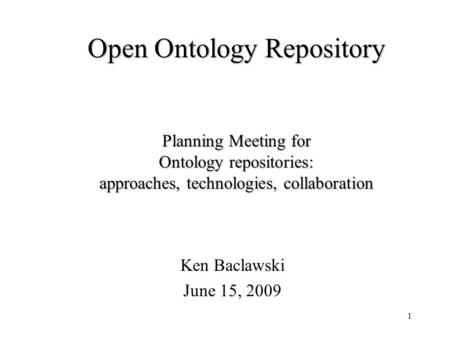 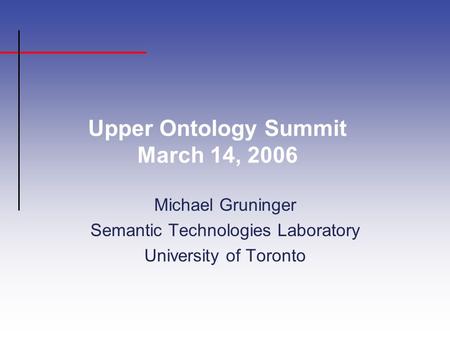 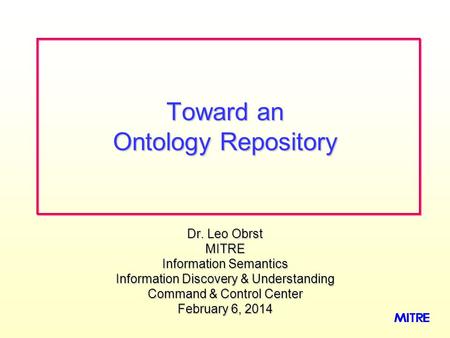 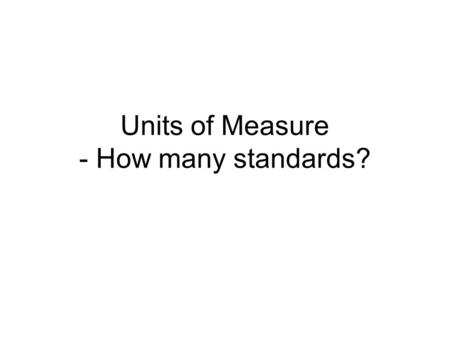 Units of Measure - How many standards?. 2 What is a standard? A standard is nothing more than an agreement across a particular community of interest, 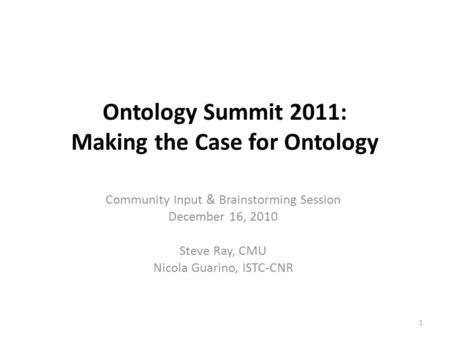 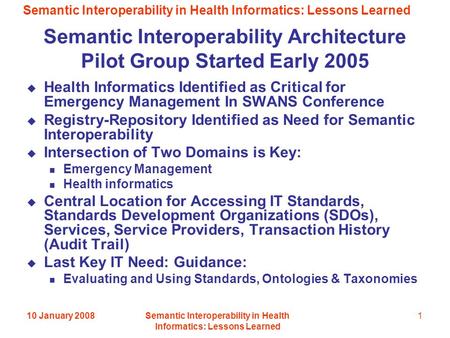 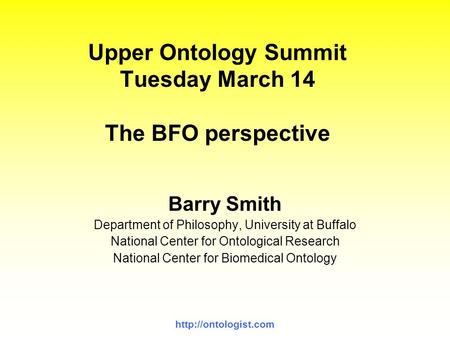 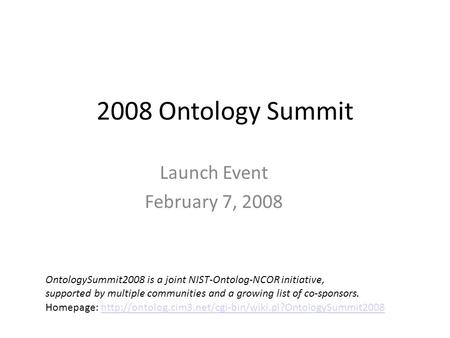 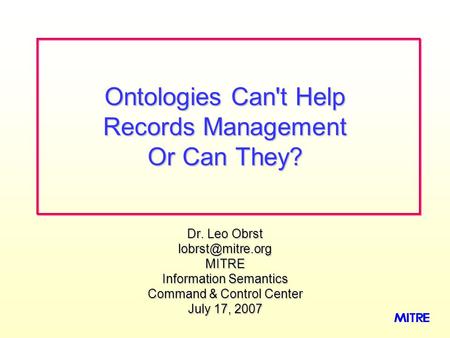 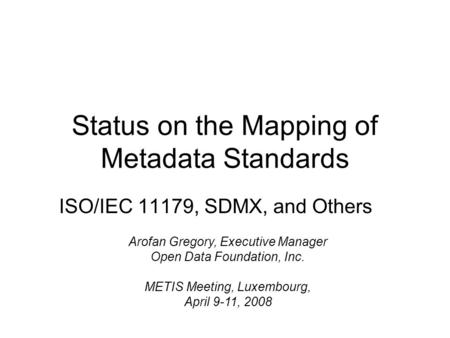 Status on the Mapping of Metadata Standards 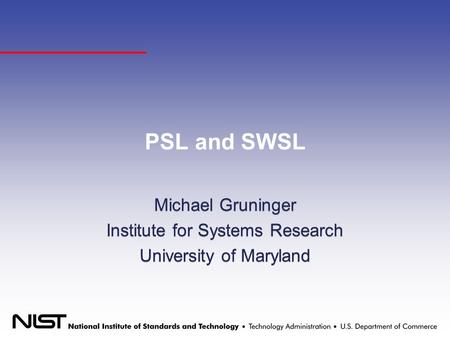 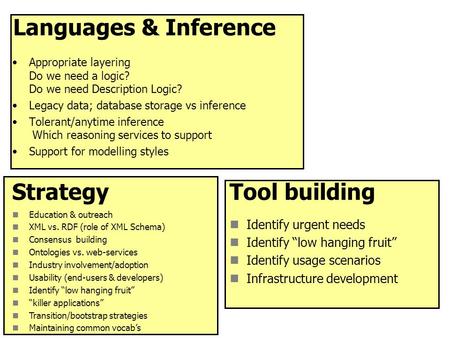 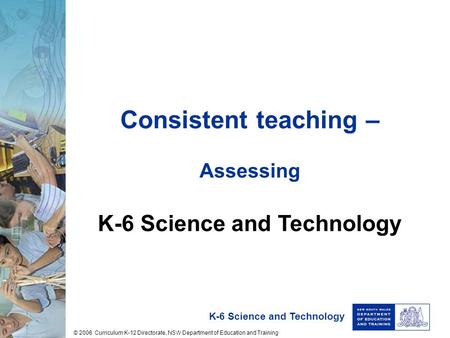 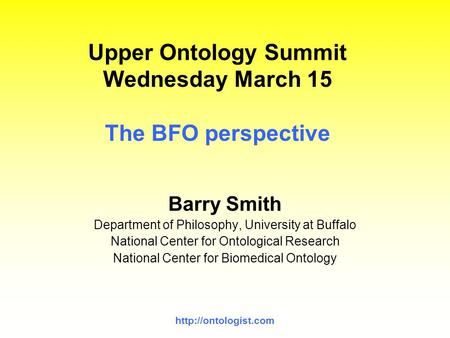 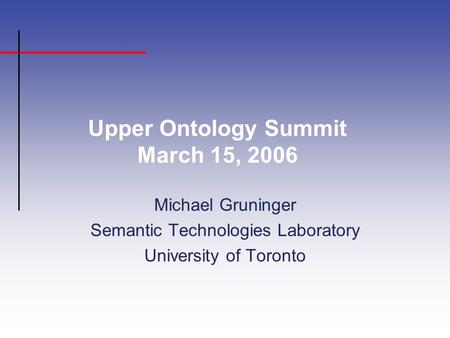 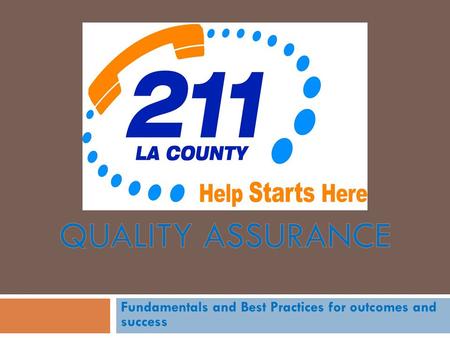 Fundamentals and Best Practices for outcomes and success. 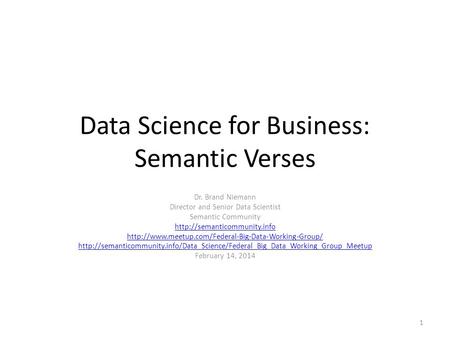 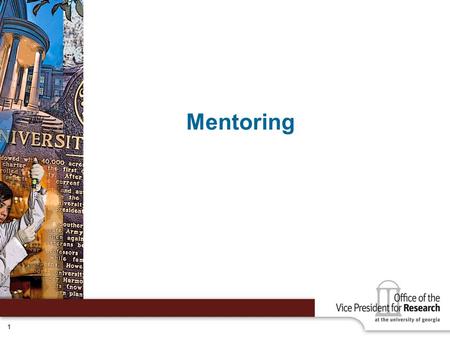 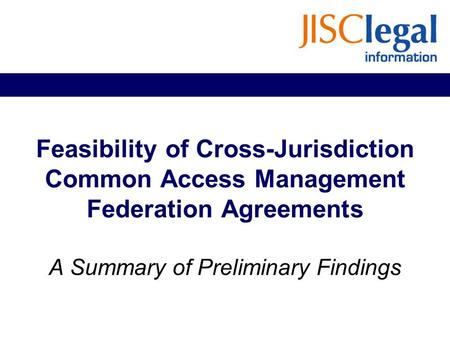 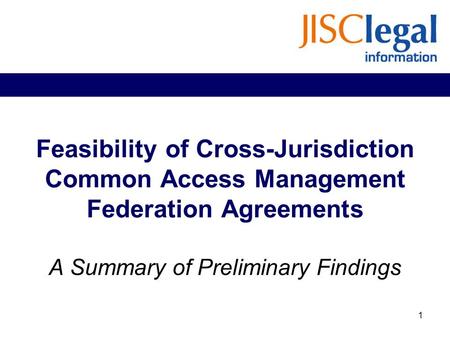