5 4. The pension system, which is going to reach these goals in Armenia:
It is envisaged to create three-level (mixed) system in Armenia including the following elements:  1. State pension security (unfunded pillar financed from the State budget) 2. Mandatory accumulative pension insurance (funded pillar) 3. Voluntary pension insurance (funded pillar)  NOTE: Armenia has already transferred the financial responsibility for social pensions (pension provision with guaranteed minimum benefit level)– what the World Bank now refers to as Pillar 0 -- from the Social Insurance Fund to the State Budget

6 5. Financial arrangements in Pillar II:
1) Citizens from 16 years old entering employment up to 30 or 40 years old will participate only in the II pillar and will no longer pay social contributions to the solidarity system.   2) Citizens over 30 (or 40) years old will have rights to choose and either to participate in the new system or stay in the existing solidarity one.   3) Pension benefits will be calculated based on accumulated mandatory payments and average life expectancy at retirement 4) Existing pensioners will be paid from contributions to the solidarity system (while such contributions continue) and general taxes (State budget). Thus, any financial problems in accumulative system (failure to accumulate enough to pay “minimum pensions”) will be covered by State budget.

7 6. Where to start? Some minimum preconditions are needed for the successful introduction of a funded pillar: A solid core of sound banks and insurance companies; A long-term commitment by government to pursue sound macroeconomic policies; A long-term commitment by the GoA to financial sector reform by establishing a sound regulatory and supervisory framework for pensions and insurance products and providers; A commitment by the GoA to maintain the sustainability and soundness of the unfunded pillar (deficits in the solidarity system may lead to large increases in government borrowing that can disrupt capital markets)

8 7. The GoA has established the following preconditions for the introduction of Pillar II:
The state budget deficit must be less than 1% of GDP Real annual economic growth in the Republic of Armenia must exceed 2% for several years The stock exchange must be a stable and orderly market State institutional structures and the legal framework must be in place to regulate insurance activity The personified account system must be fully implemented and operating smoothly. AND: Armenia will also need to improve its legal framework and capacity to properly regulate   Commercial banks (who will serve as custodians) insurance companies (who will provide annuities)

9 8. Financial markets should be sufficiently developed to ensure:
Diversified investment opportunities and orderly procedures for making investments In Armenia in the early stages of implementing Pillar II, pension assets will be invested in low-risk assets, with the goal of gradually liberating guidelines in the future. Higher risk assets will first include mortgage bonds and then all capital market instruments.  The relatively low per capita income in Armenia imposes some barriers to the scale of the market. In such countries the portfolio of funded pension funds would be composed primarily of: - government bonds; banks’ long-term certificates of deposit; small fractions in shares; foreign securities.  As financial markets develop, investment regulations should allow: - higher investments in shares; foreign securities; corporate bonds; asset-backed securities; small investments in venture capital companies.

11 10. A sound regulatory and supervisory framework for pension system
It is planed that in Armenia: A regulatory body can be established either by creating a new entity or expanding the responsibilities of an existing agency. Before the accumulative system is implemented, the regulator will be a government agency but responsibilities may be transferred to a Self Regulatory Agency. It takes a long time to develop the skills and capacities of regulators. The evolution of the pension system should not develop faster than the capacity of the regulators.

12 11. What is needed for a successful pension reform in Armenia (in addition to other requirements)?
GoA should not underestimate the interdependence of pension reform and financial sector development in Armenia’s Strategy of Pension Reform (due to January 1, 2006). The Financial sector should remember that pension reform must be based on the social justice as well as financial prudence. Pension funds must be managed in the interests of beneficiaries, NOT in the interests of economic growth. The participants of the Pension system should remember that the financial sector must be based on prudent management and market rules to provide with appropriate financial instruments -- even if/when people deserve bigger pensions “immediately”. Politicians should remember that pension funds must be defended against political pressure for inappropriate use. 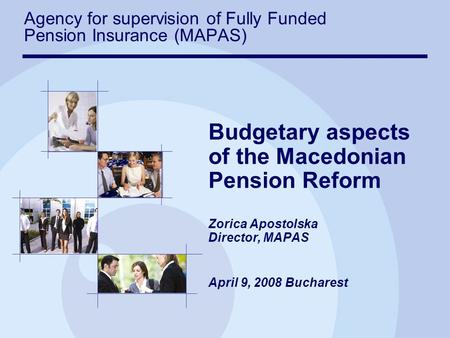 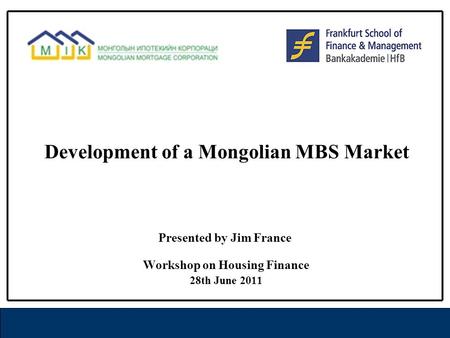 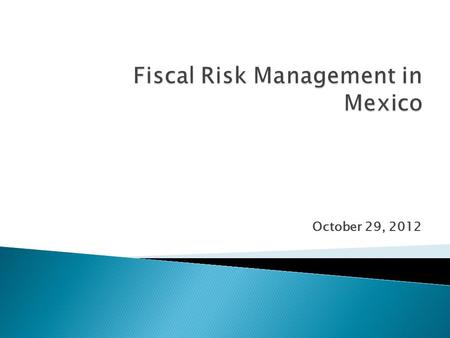 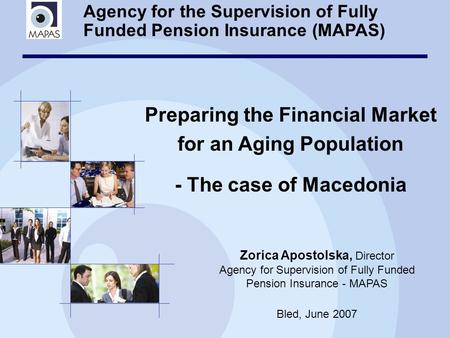 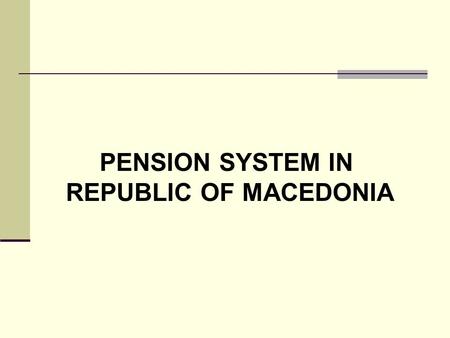 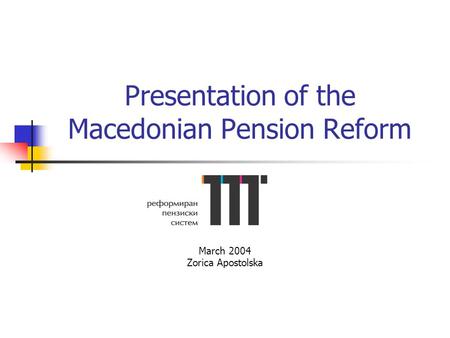 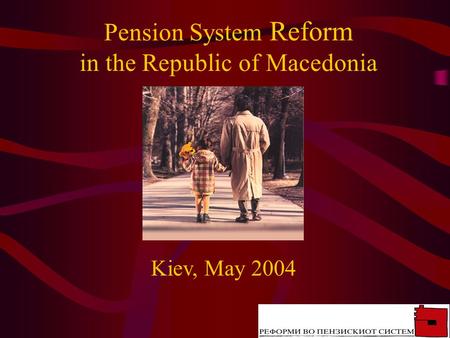 Pension System Reform in the Republic of Macedonia Kiev, May 2004. 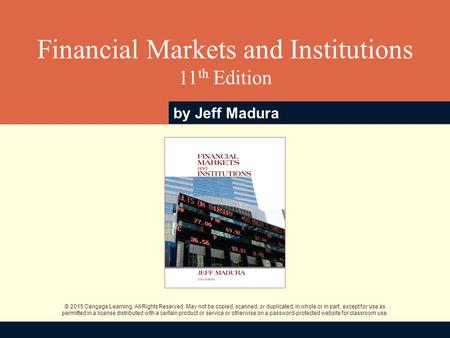 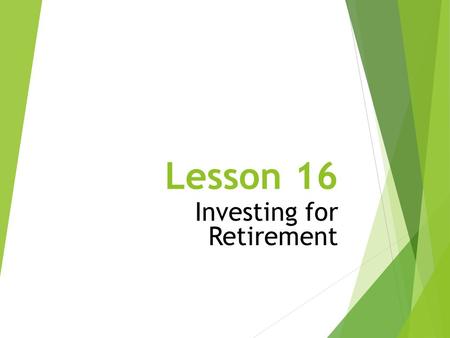 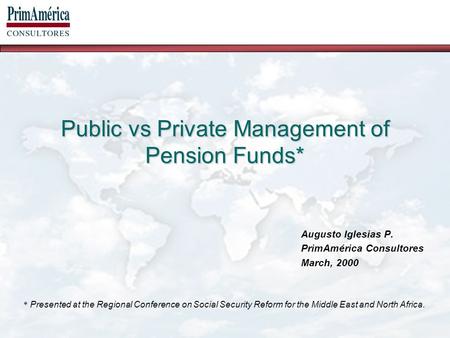 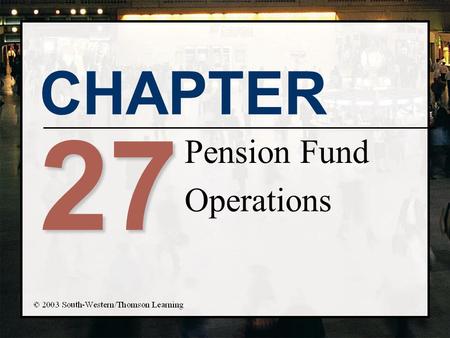 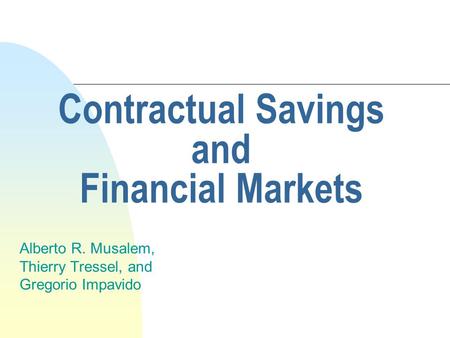 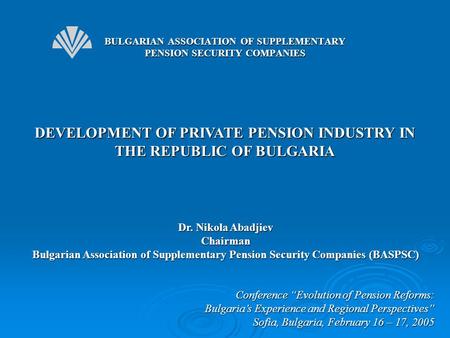 DEVELOPMENT OF PRIVATE PENSION INDUSTRY IN THE REPUBLIC OF BULGARIA Conference “Evolution of Pension Reforms: Bulgaria’s Experience and Regional Perspectives” 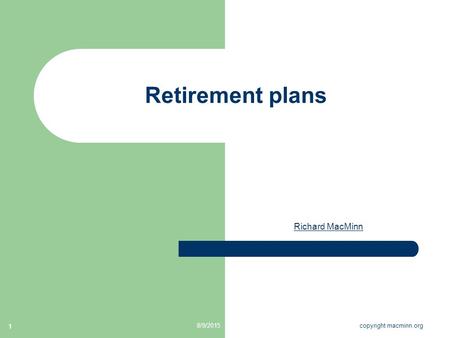 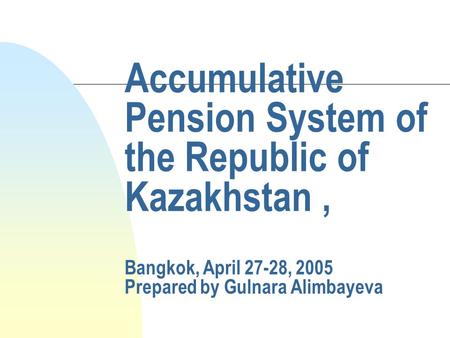 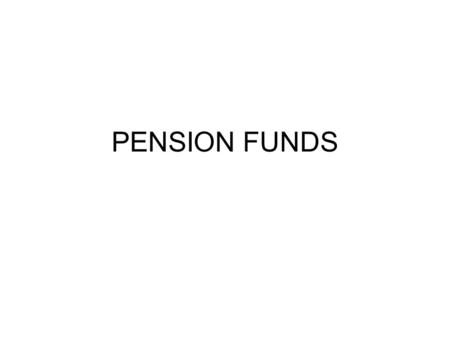 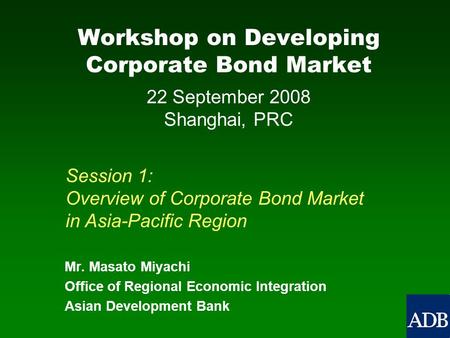 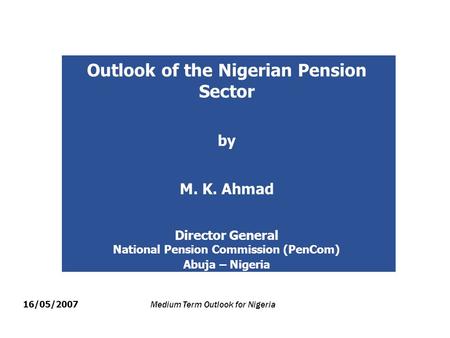 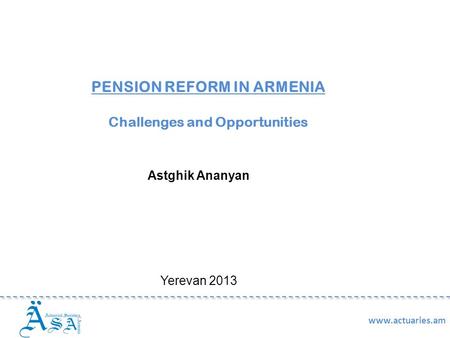