2 The aim of the presentation is to : examine reforms in Estonian higher education (HE) sector in 1989-2005, to describe the developments in the legislative basis for usage of academic credit point system in Estonia, share the experience gained during 15 years of reforms and 10 years in using CP system.

3 Since late 1980s four different “styles” of HE system and qualifications have been in force in Estonia Since 1989 several extensive reforms in the field of HE, reflecting: political and socioeconomic developments, introduction of market economy rules into the HE sector, return to old national HE systems, integration into the structures of the EU, response to higher-educational trends worldwide, Bologna process.

4 Early 1990s: amendments to the Soviet legal acts, HE was considerably decentralised and responsibilities were much devolved from state to education institutions, in 1990 government adopted a decree on the HE qualifications, in 1992 the Law on Education adopted, in 1993 the Law on Private Schools adopted, draft version of the Law on Higher Education discussed for almost four years (1992-1995).

5 Middle 1990s: 1995 adoption of the Law on Universtities and the Law on the University of Tartu, in 1996 (based on Low on Universities) governmental decree on the Standard of Higher Education, specifies general requirements to HE in Estonia and is a fundamental act for granting education licences and for accreditation of study programmes or HE institutions; the Standard introduced a student workload-based, accumulative credit point (CP) system in Estonia since 1996.

6 Standard of Higher Education … specifies the features of academic credit points: 1 CP equals to 40 hrs. of full-time student workload which includes lectures, practical training, independent work, examinations, etc., contact-hours (lectures) may constitute no more than 50% of a total student workload, 40 CP measure the workload of a full-time student during one academic year.

7 amendments to the Higher Education Standard: in the ECTS system the capacity of one academic year is 60 ECTS credits (2003); universities may use both (Natl. and ECTS) systems in parallel, Early 2000s: Following the principles of Bologna Declaration, all relevant legislative acts regulating higher education – the Law on Universities, the Law on Professional Higher Education and the Standard of Higher Education were amended in 2001-2002-2003.

9 form and statute of the diploma and diploma supplement DS in English were established (format of the DS of the EC and UNESCO/CEPES has been complied with), the DS is mandatory in Estonia since 1 January 2004, and is issued automatically, free of charge, when HE qualifications are awarded, DS explains the relationship between national CP and the ECTS credits, also the grading scale, used in Estonian HE. Early 2000s: Decree of the Government on HE diploma and diploma dupplement (DS):

11 Lessons learned legislative acts can not explain all features of credits and grades, much of the necessary/subsidiary regulations should be adopted by the HE institutions: lecturer’s salary conditions vs. lecturing hours, allocation of CPs per cources, modules and programmes, there is no direct link between credits and positive grades, if there is no national CP system in usage, better start with ECTS credit system

12 Lessons learned 2 there is no need to replace the national grading scale with the ECTS grading scale, it is absolutely important to explain national credit system and grading scale in the diploma supplement, international cooperation (eg. student exchange) and the need in issuing internationally understandable HE certificates will help to introduce credit point system. 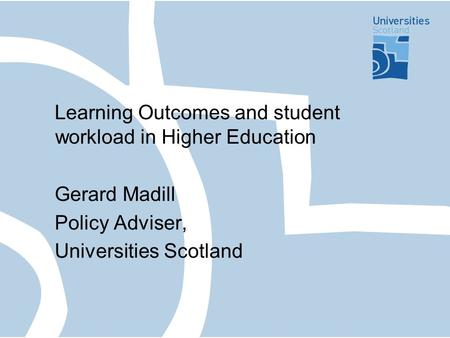 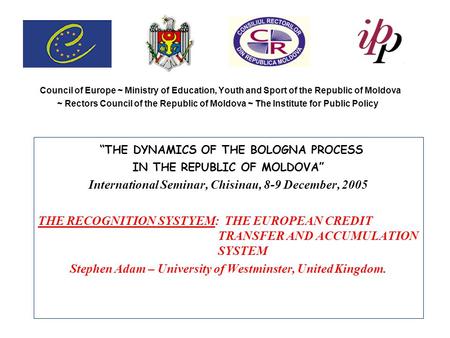 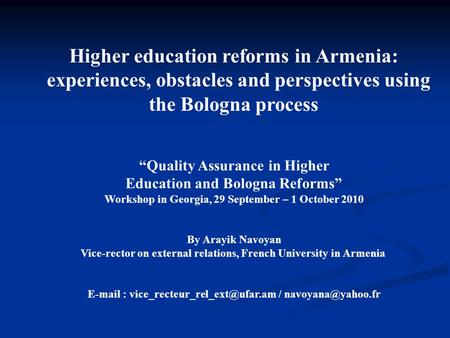 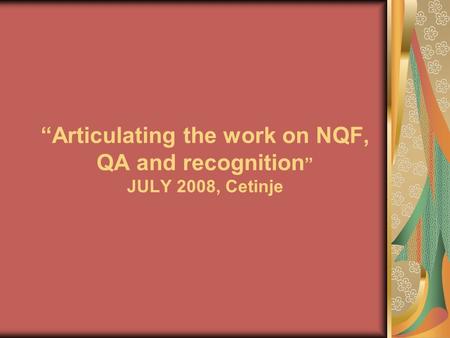 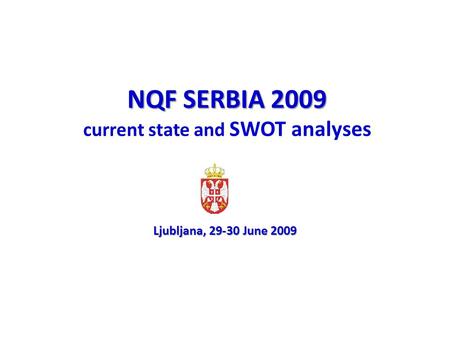 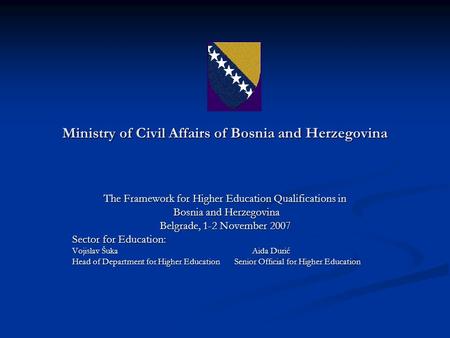 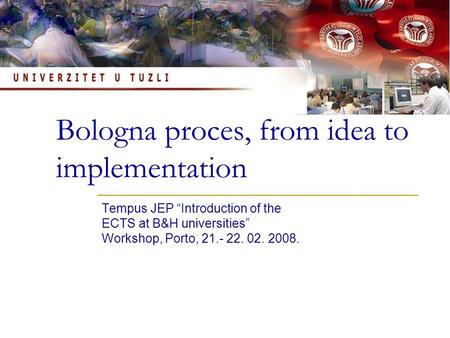 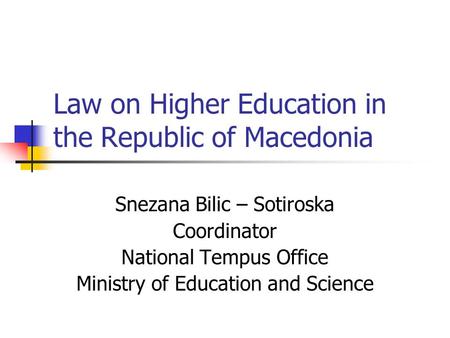 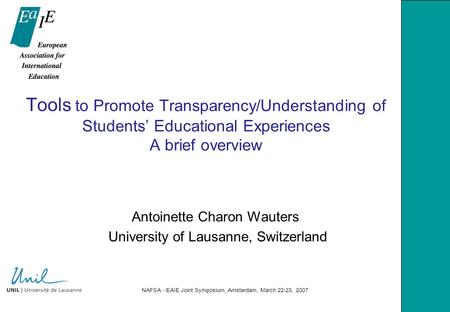 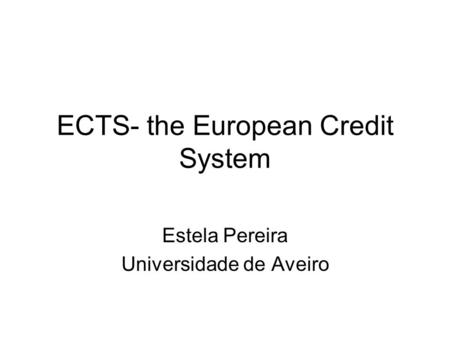 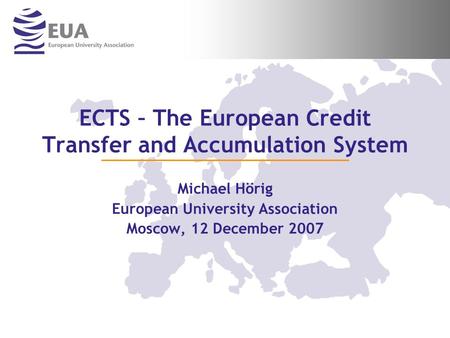 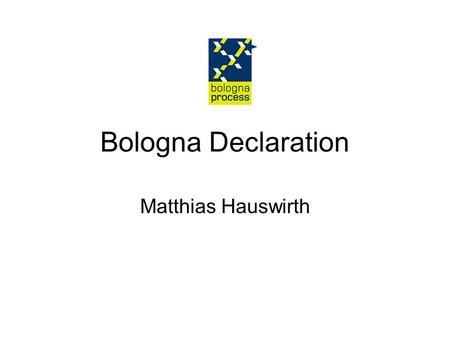 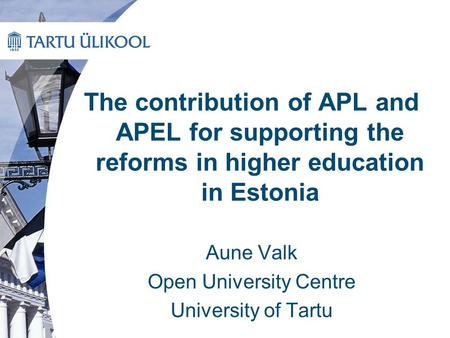 The contribution of APL and APEL for supporting the reforms in higher education in Estonia Aune Valk Open University Centre University of Tartu. 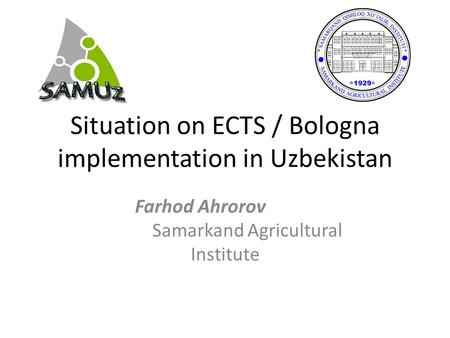 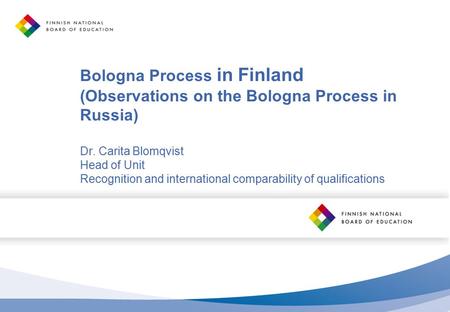 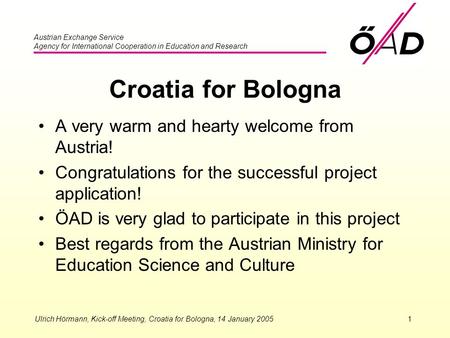 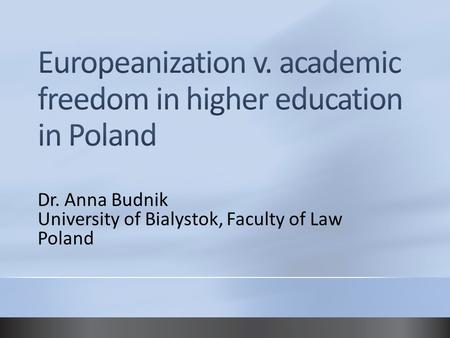 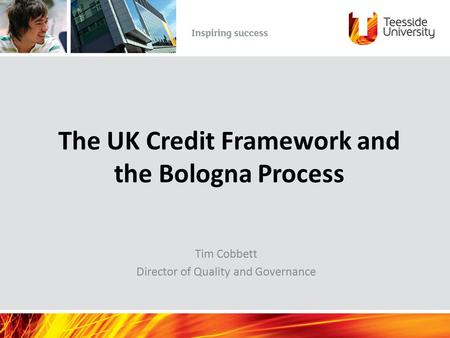 The UK Credit Framework and the Bologna Process Tim Cobbett Director of Quality and Governance. 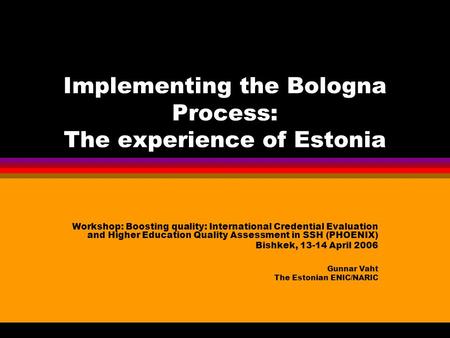