4 Is the study of the economics of a nation. Macro examines the effects of events on the economy in aggregate (in total). It is important to understand how nations/economists measure and evaluate economic activity.

5 SSEMA1 The student will illustrate the means by which economic activity is measured.

6 SSEMA1_a Explain the overall levels of income, employment, and prices are determined by the spending and production decisions of households, businesses, and next exports.

7 Income Total amount of income going to the consumer sector before individual income taxes are paid.

8 Fixed Income Income does not change ….yet the prices of goods and services do change.

9 Employment A job or an occupation held by individuals in the consumer sector which they get paid to do.

10 Net Exports Are the amount of goods or resources a nation is exporting and selling, once one subtracts the amount of total imports from total exports

14 SSEMA1_c Explain how economic growth, inflation, and unemployment are calculated.

24 State of working for less than one hour per week for pay or profit while being available and having made an effort to find a job during the past month.

26 Labor Force To be counted in this calculation a person either has a job or is looking for one.

27 Structural Unemployment Occurs when skills of the labor force do not match those that employers need. (SSEMA1_d)

28 Frictional Unemployment Occurs when people decide not to take a particular job because they are looking for a better job that suits their talents, needs, and desires. (SSEMA1_d)

30 Cyclical Unemployment Occurs because of a downturn in the economy. (SSEMA1_d)

39 Stagflation If prices increase but the economy does not grow

48 Long-Run Aggregate Supply Curve The total amount that any economy can produce (the real GDP) remains fairly constant, because a nation’s real GDP is limited by its resources. For this reason, the ALRSC is a straight vertical line.

50 SSEMA1_e Define the stages of the business cycle, as was recession and depression.

54 Gov’t spending spending programs, corporate tax breaks, increased investments or even a war increased demand for production can lead to a recovery.

55 Peak to prosperity. Production is high, low unemployment, and wages increase. The peak only last for a little while as the economy comes down it enters…….

58 Recession A decline in the nation’s GDP and/or negative economic growth for a period of more than six- eight months. Eventually the economy hits it lowest point…a Trough.

59 Trough High Unemployment Low Economic Production Falling Stock Prices If it continues over a long period of time the economy can slip into a …..

60 Depression Is an extended period of time in which a nation’s economy slows severely, causing hardship for households, businesses and the government.

61 SSEMA1_f Describe the difference between the national debt and government deficits.

62 National Debt Each time the government borrows money it adds to the national debt, the total amount of money owed by the federal government. Is the sum of all past deficits plus interest.

67 SSEMA2a: Describe the Organization of the Federal Reserve System

68 “The Fed” was established in 1914. To set Monetary Policy, in order to promote economic growth and full employment and to limit the impact of inflation and recessions.

69 Make and enforce rules about what banks can and cannot do. Control Reserves: cash available for withdrawals, rather than being invested. Bank reserves are held by the Fed itself and transferred to individual banks as needed.

70 A system of 12 banks in different regions of the nation, each of which prints paper currency called Federal Reserve Notes.

72 The Federal Reserve System is run by a Board of Governors, who are appointed by the U.S. President.

73 Federal Open Market Committee (FOMC) (Decides The Monetary Policy of the Fed) Holds the most power in regards to day to day monetary policy.

78 Price Stability The fed creates policies that help stabilize prices in the market and try to prevent inflation, stagflation results that can lead to a recession

79 Full Employment All individuals that are actively seeking employment have a job or occupation. The fed helps in this process by lower interest rates and the discount rate to help businesses hire more people in the market.

80 Economic Growth If there is more money circulating in the economy by the Fed’s policies, it can help promote growth thoughtout the entire economy.

81 Characteristics of Money Any type of currency must be portable, durable, dividable, and limited in its availability

82 Open-Market Operations (The sale or purchase of U.S. treasury bonds) to control the flow of money…loaning money to the gov’t

83 bonds a.k.a securities Bonds- document issued by the gov’t for which a person pays a certain price now, in exchange for a higher fixed amount, called face value, later. (takes money out of the market).

84 When The Fed sells securities (bonds), it lowers the money supply in hopes to fight inflations. In the event of a recession the Fed will buy treasury bonds on the open market and congress will cut taxes.

85 When the feds sell securities, bank reserves of money decrease as households and businesses purchase bonds rather than save their money in banks.

86 Feds buy securities it is increasing the supply of money back into the economy, This causes interest rates to drop, spending increases, price level with increase, and more money is pumped into the economy.

87 Regulating Money Supply… In a recession the Feds buy government securities and lower the discount rate. –Discount Rate- the interest rate it (gov’t) charges to other banks to lend them money.

88 SSEMA3 The student will explain how the government uses fiscal policy to promote price stability, full employment, and economic growth.

89 A. Define Fiscal Policy B. Explain the government’s taxing and spending decisions

91 A. Fiscal Policy The federal government’s decisions it makes about taxing and spending in order to promote economic growth and stability

96 The Federal Reserve and Congress Both want to correct the economy the best combination in achieving this goal is through increasing government spending, sell treasure bonds, but taxes, and buy treasury bonds. 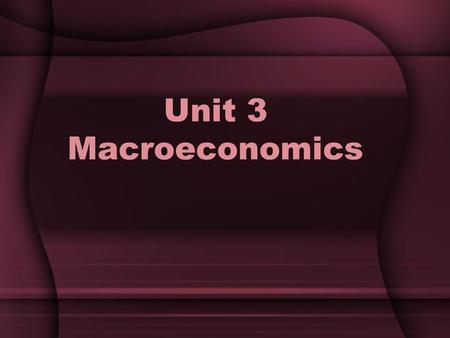 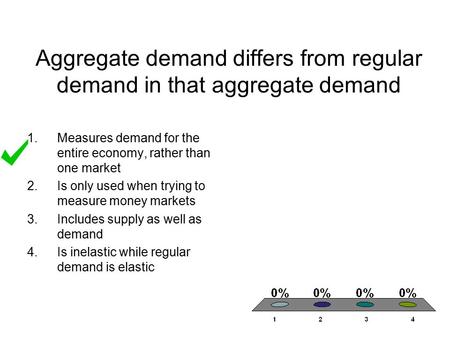 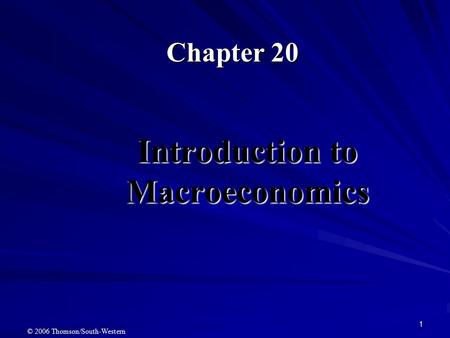 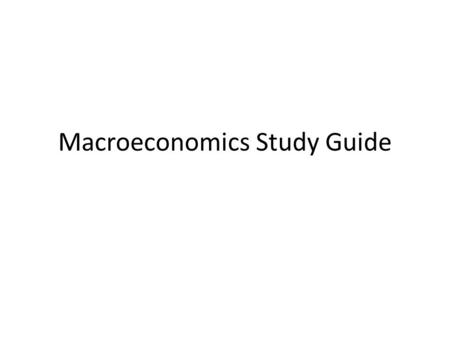 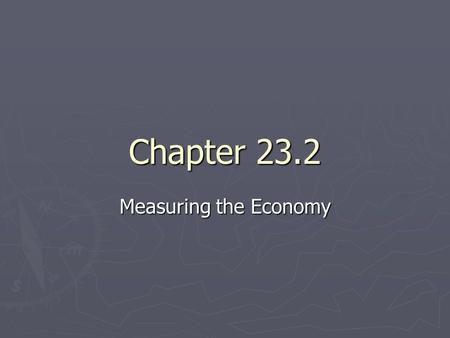 Chapter 23.2 Measuring the Economy. Measuring Growth ► When the economy grows, businesses are producing more goods and services, and they hire more workers. 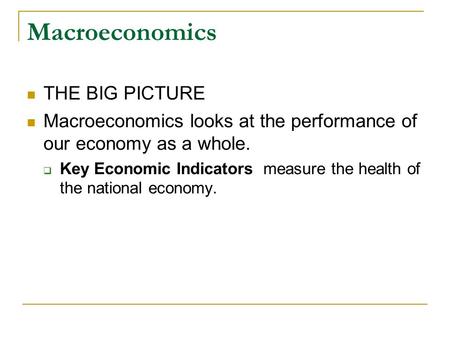 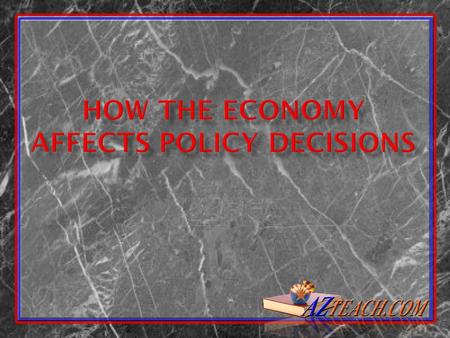 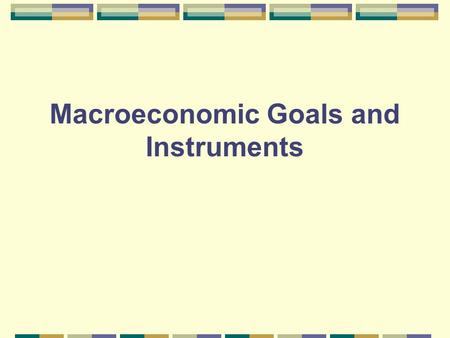