Presentation on theme: "Section 3 Life at the Turn of the Twentieth Century"— Presentation transcript:

3 Old immigrants were mostly from Northern & Western Europe (Britain, Germany, Ireland, and Scandinavia) Chinese immigrants are also part of the “old immigrants” as they arrived for the Gold Rush or to work on the railroads

7 While many immigrants found a better life in the US, they also met many hardships
Many lived in crowded tenements and took low-paying, unskilled jobs Immigrants tended to live near others from their homeland who shared the same language and culture

9 Nativists took part in illegal actions (violence) and legal actions (passing new laws)
In 1882, Congress passed the Chinese Exclusion Act, banning Chinese people from immigrating to the US for 10 years, which marked the first time a specific nationality was banned from entering the country

11 URBAN LIFE IN AMERICA As cities grew, space started to become limited so architects began building up instead of out Elisha Otis invented the mechanized elevator which made taller buildings more practical

12 The wealthy people of the late 1800s had made their money as entrepreneurs in industry and business
The middle class was made up of corporate employees such as accountants and managers, and professionals such as teachers, engineers, lawyers, and doctors

14 Jane Addams founded one of the first settlement houses, called the Hull House, in Chicago
Most settlement house workers were college educated women who believed in the concept of social gospel – the idea that faith should be expressed through good works

15 POLITICAL SCANDAL AND REFORM
By the late 1800s, many American cities had problems such as crime, bad housing, and poor sanitation

17 In return for votes and money, the bosses might provide jobs or order neighborhood improvements
Urban immigrants generally supported local political machines that provided essential services to the immigrants

19 THE POPULIST PARTY Also called the People’s Party which was made up of farmers, labor leaders, and reformers Called for bank regulations, government ownership of railroads, and free unlimited coinage of silver

22 Two different approaches to fighting discrimination emerged:
Booker T. Washington believed African Americans had to accept segregation for the moment, but they could improve their situation best through acquiring farming and vocational skills W.E.B. Du Bois believed that African Americans should strive for equal rights immediately and founded the NAACP

24 Some laws limited or prevented Asian immigration to the US
In the early 1900s, California legislators passed laws prohibiting marriages between whites and Asian Americans 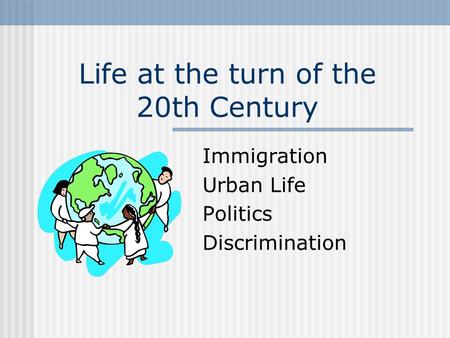 Life at the turn of the 20th Century 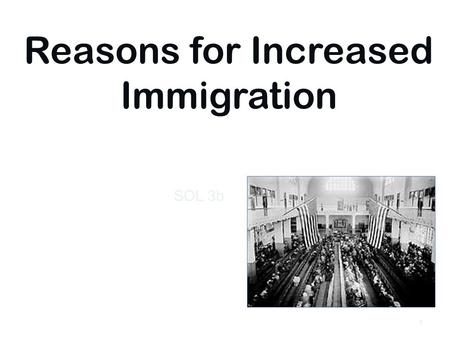 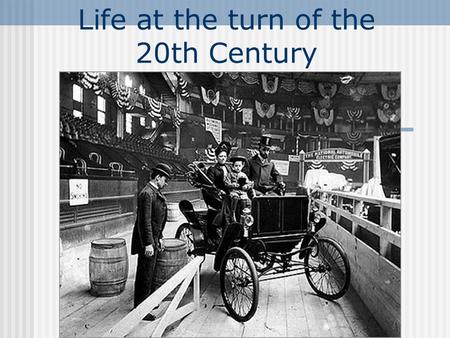 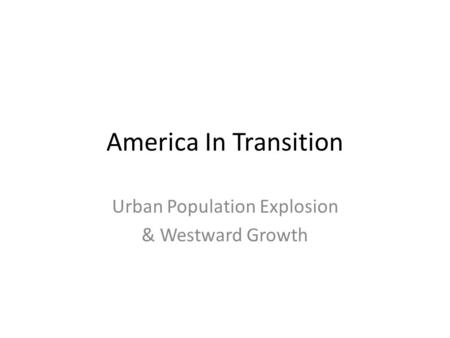 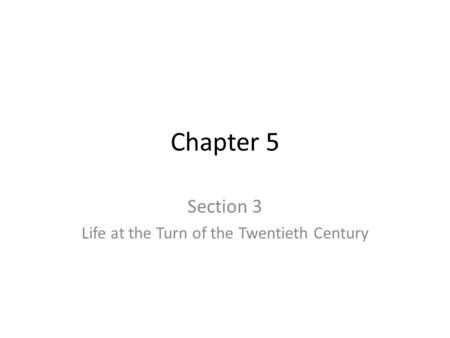 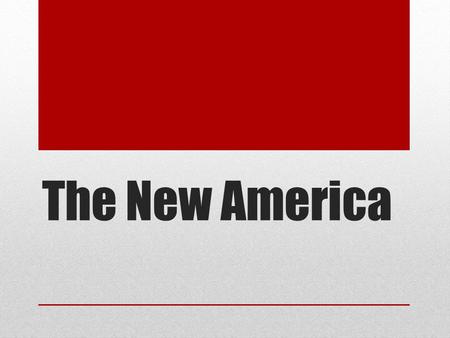 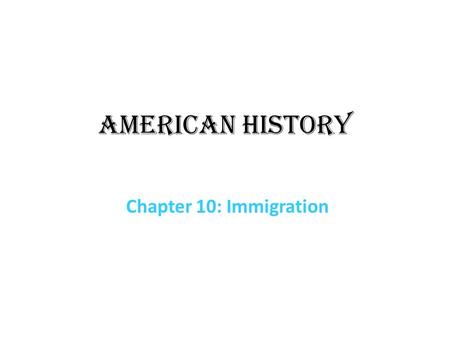 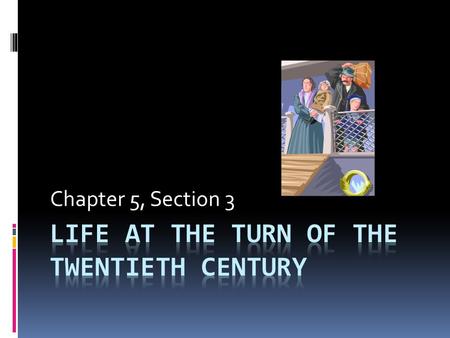 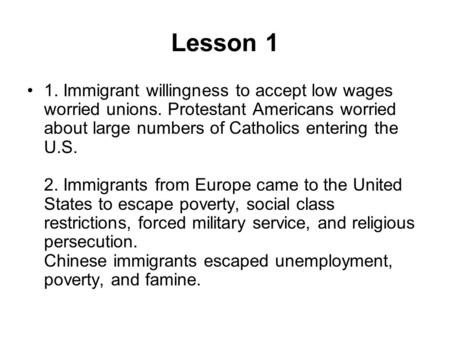 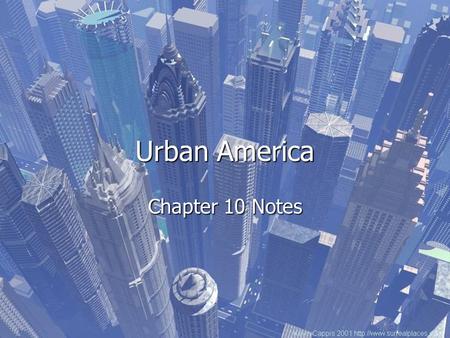