Presentation on theme: "Chinese Schools of Thought During the late Zhou era, scholars sought solutions to the political and social problems that were paralyzing China. The scholars’"— Presentation transcript:

1 Chinese Schools of Thought During the late Zhou era, scholars sought solutions to the political and social problems that were paralyzing China. The scholars’ efforts led to the rise of three major philosophies– Confucianism, Legalism, and Daoism.

2 Confucianism Kongfuzi (Confucius), China’s most influential philosopher. Concerned with ensuring social order & good government. People are naturally good, therefore the best leader rules by a good moral example. He who exercises government by means of his virtue may be compared to the north polar star, which keeps its place and all the stars turn towards it. -Confucius, The Analects

3 Confucianism (continued) Stressed the importance of individual duties & responsibilities. Harmony results when people accept their place in society. All relationships had a superior & an inferior. The Five Relationships: Ruler & Subject Parent & Child Husband & Wife Old & Young Friend & Friend “I know my place. It is time you learned yours!” -Fa Zhou in Mulan

4 Confucianism (continued) Emphasized filial piety- respect for parents. “The strength of a nation derives from the integrity of the home.” His teachings were the basis for the civil service system under the Han dynasty. “Do not impose on others what you yourself do not desire.” In a country well governed, poverty is something to be ashamed of. In a country badly governed, wealth is something to be ashamed of. -Confucius, The Analects

5 Legalism Founder- Han Feizi, opposed to Confucianism. Also concerned with social order, but believed that people were naturally evil. Order achieved through strict laws & harsh punishments to make people attend to their duties. Strength was a leader’s greatest virtue. People are submissive to power, and few of them can be influenced by doctrines of righteousness. -Han Feizi

6 Legalism (continued) Favored by many nobles because of its justification of force & power. Legalist emperors’ laws were so cruel that later generations despised legalism, i.e. Qin dynasty.

7 Daoism Founder- Lao Tzu, concerned with living in harmony with nature. The Dao= “the way”, the universal force that guides all things. People should renounce worldly ambitions & conflict to follow the Dao. The best type of government is the one that governs least.

8 Daoism (continued) Yin & Yang Yin is cool, dark, female, and submissive, whereas Yang is warm, light, male, and aggressive. For harmony, the 2 elements must be in balance. Human life & natural events resulted from the interplay between Yin & Yang.

9 Daoism (continued) “He who knows, does not speak. He who speaks, does not know.” Evolved into a popular religion with spirits & various mystical practices. “Life is a series of natural & spontaneous changes. Don't resist them - that only creates sorrow. Let reality be reality. Let things flow naturally forward in whatever way they like.”

Download ppt "Chinese Schools of Thought During the late Zhou era, scholars sought solutions to the political and social problems that were paralyzing China. The scholars’" 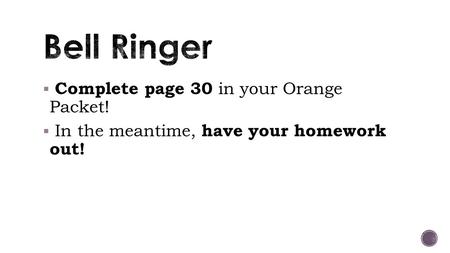 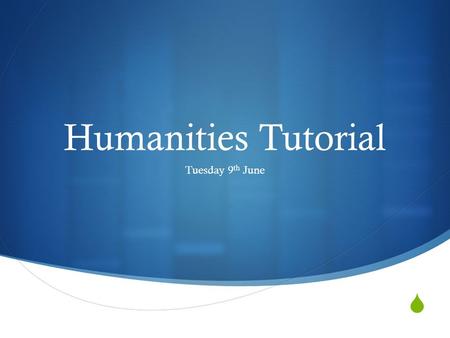 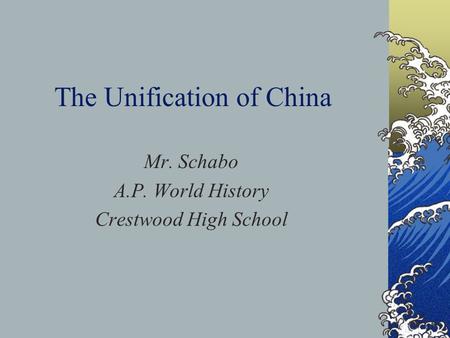 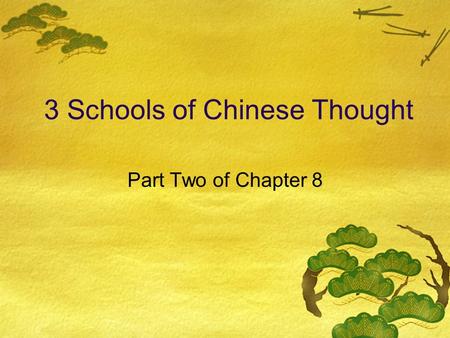