Confucianism, Daoism, and Legalism.  From about 770-453 B.C.E. China fell into a period of chaos with a number of small states fighting for power. 

Presentation on theme: "Confucianism, Daoism, and Legalism.  From about 770-453 B.C.E. China fell into a period of chaos with a number of small states fighting for power. "— Presentation transcript:

2  From about 770-453 B.C.E. China fell into a period of chaos with a number of small states fighting for power.  So much instability led the Chinese to ask important questions about human nature and the best way for rulers to govern.  Rulers hired scholars to advise them on keeping order.  The 3 most influential schools of thought that emerged were Confucianism, Daoism, and Legalism.

3  Confucius was born in 551 BCE during a time of social and political chaos.  His philosophy was concerned with creating a just and peaceful society.  The most important virtue was “ren,” a concern for self-improvement.  Other important features included respect for rank and a strict social order.

5  Comes from a Chinese word meaning “the way”  Lao-tzu is recognized as the greatest teacher in Daoism, but the scripture, the Dao De Jing, was probably written by many authors over time. “There is a thing confusedly formed, born before heaven and earth, silent and void. It stands alone and does not change, goes round and does not weary. It is capable of being mother of the earth. I know not its name, so I call it “the way.” — Dao De Jing, Chapter 25

6  People gain happiness by living in harmony with the way of nature.  True harmony comes from balancing the opposite forces of nature such as good and bad, beautiful and ugly, or pleasure and pain.  These forces are represented by the yin (“shaded”) and yang (“sunlit”).  Daoists also believed that too many rules got in the way, so the best rulers were those who ruled the least.

7  Legalism was based on the teachings of Han-fei-tzu who also wanted to find a way to create order among the people.  Legalism teaches that most people are naturally selfish.  They need strict laws to govern them with rewards for good behavior and harsh punishments for bad.  Rulers should trust no one, not even family.  People were forbidden to criticize the government, and those who did were banished or put to death.

Download ppt "Confucianism, Daoism, and Legalism.  From about 770-453 B.C.E. China fell into a period of chaos with a number of small states fighting for power. " 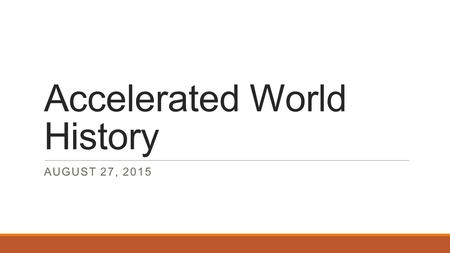 Accelerated World History AUGUST 27, Warm-Up: August 27, 2015 The most sacred writings of the Jewish religion are the first five books of the Hebrew.