3 Streams and Rivers Carry over half of all water that falls on Earth’s surface to the ocean and almost all erosion.

5 Divide – highland that separates one drainage basin from another
Rocky Mountains – the major Western divide for the Mississippi river. Rain falling on the Eastern side flows to the Mississippi; on the Western side to the Pacific

6 Characteristics of Streams and Rivers
Controlled by velocity, gradient and shape of channel Velocity – distance the water travels in a given amount of time Faster it moves the more material it can carry and the larger the size of the material

10 Stream Erosion and Deposition
Running water is the most effective agent of erosion.

11 How streams weather and erode material
Rapidly flowing water can lift, split off and move rock Abrasion is the most effective form of erosion. The stream uses sand, pebbles and boulders as cutting tools. The cut banks and beds of rivers and round themselves in doing so Potholes – sand pebbles and boulders swirl in whirlpools grinding out a hole in the streams bed. Limestone and marble most easily eroded by rock

14 Stream Deposition Deposition (dropping of load) occurs in a stream when its velocity or discharge is decreased The greatest decrease in a rivers velocity occurs when it empties into a sea or lake. All sediment will deposited

17 River Valleys Begins as a gulley which grow in length, width and depth every time it rains When it cuts deep enough to hit the ground water it becomes a stream Headward erosion – stream lengthens above its headwater

18 Canyons and v-shaped valleys
Canyons form – when the river cuts into its bed rapidly or when the rock materials on the side of the canyon are resistant to erosion. Rock type will affect the speed of cutting also V-shaped valleys describe youthful valleys No large bends will exist V-shaped comes from the exposed walls being eroded by longer amount of time

19 Base level – lowest level a stream can erode to
Controlled by what the stream flows into Closer to base level the lower the gradient and sideways erosion occurs Stream Piracy – through headward erosion, one river wears through the divide and captures the headwaters of the other river

24 Floods Deposit minerals and nutrients on flood plains, making the area fertile for agriculture Flash floods occur on small narrow streams during heavy downpours Floods on large rivers occur due to large amounts of rain of long periods of time 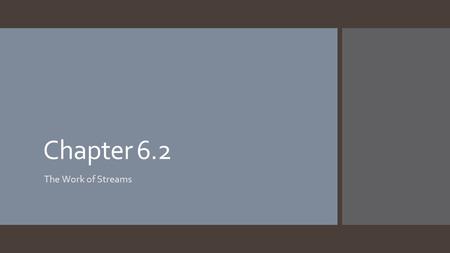 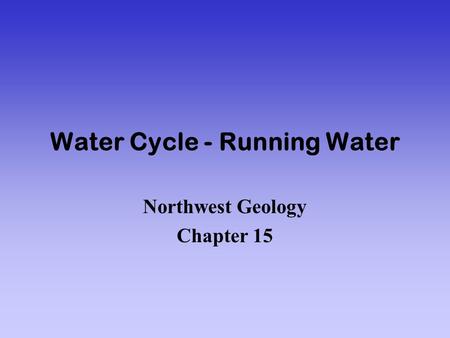 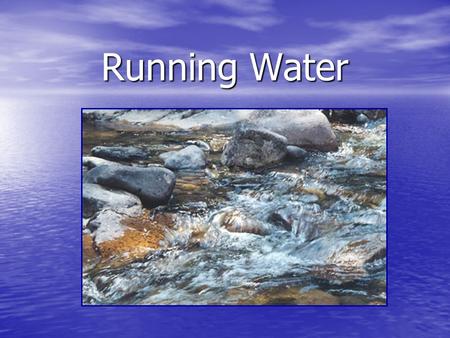