1 THE PARLIAMENT OF CANADA

4 Appointed Senate?  The reason the founders established an appointed Upper House is twofold:  Founders believed “men of wisdom and good stock” would be appointed to the Upper House. (Hand picked rather than elected by an uneducated electorate.)  Thought it would protect provincial rights. Because of Senator allotments less populated provinces would be protected. Same as Quebec.)

6 Parliamentary Executive  Made up of the Prime Minister, the Ministry, and the Cabinet.  The PM and Cabinet are accountable to Parliament and may govern only as long as they have the confidence of the majority in the H of C.  Parliament is the main machine for representative democracy  a place for political leaders to debate major issues of the day.

7 Operations of Parliament  Parliament operates in “sessions”. Here the Governor General will call all Senators and MPs to the Senate where the Speech from the throne will be read.  Sessions end when the PM approached the Gov. Gen and asks him/her to end it. This is called “prorogation”.  If the session ends with an election call the PM will ask the Gov. Gen to dissolve Parliament.

11  The House of Commons is our major law making body.  There are 308 ridings throughout Canada each one having an elected member to represent that riding.  Each riding contains approx. the same amount of constituents (people) with the exception of PEI.

12  Elections are held no more than 5 years apart.  Members are elected on a 1 st Past the Post model.  There is a push to change to a proportional representation system.  PROPORTIONAL REPRESENTATION – an electoral system that attempts to ensure that parties receive representation (number of seats) in parliament equal to their share of the popular vote.

13  Our Parliamentary Executive (PM, Cabinet) is rooted in the H of C  Responsible Government makes it directly answerable to it.  Cabinet and the PM are answerable during the daily question-periods.  Most of the House business is government business, however there are days set aside for opposition business. (Opposition days)  Role of the speaker of the house – to referee and keep order.

15 How much $  Salaries of MPs and reps. MP Salaries

18  The Senate is comprised of 105 seats:  24 Quebec, Ontario, Maritimes, Western Provinces  6 NFLD  1 from each territory  Up to 8 more can be appointed when necessary.

19 Senators  Are appointed rather than elected.  Why might that be?  Before 1965 Senators were appointed for life but now they retire at age 75.  Senators make: Senator salariesSenator salaries  One major difference between Senators and MP’s is they can and do vote across party lines

20 Qualifications of a Senator  Must be 30 yrs old.  Own $4000 dollars in property  Live in the province they represent.  Canadian citizen  Can a Senator be fired?  Yes, if he/she fails to attend two consecutive sessions, if he/she loses Canadian citizenship (sweat allegiance to another country) ceases to meet residence and property qualifications Convicted of a criminal offence.

21  The PM and Cabinet are not directly responsible to the Senate therefore if a government bill is defeated in the Senate the government could remain in power.  The Fathers of Confederation believed the Senate would act as a “sober second thought” on legislation created in the H of C.  Although the Senate can refuse to pass bills they rarely ever exercise this authority.

22 Function of the Senate 1. Review legislation - They often recommend changes to legislation. All legislation passes through both the H of C and the Senate.  The Senate can 1. reject 2. pass a bill 3. pass a bill with amendments (The H of C does not have to accept these amendments. They can still pass it without the amendments.)  (Under Mulroney the Senate was a constant thorn because there was a Liberal majority in the Senate, that is why Mulroney added in 1990.  It can delay passage of a constitutional amendment up to 180 days. 2. Senators can introduce legislation with the exception of money bills. (Raising or spending of money) 3. At times when there is no elected representation of a region in Cabinet a Senator will be named to the Cabinet. 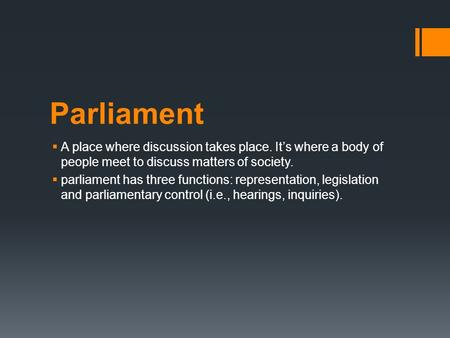 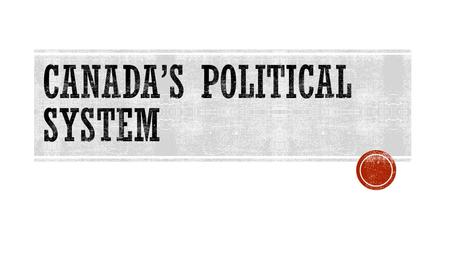 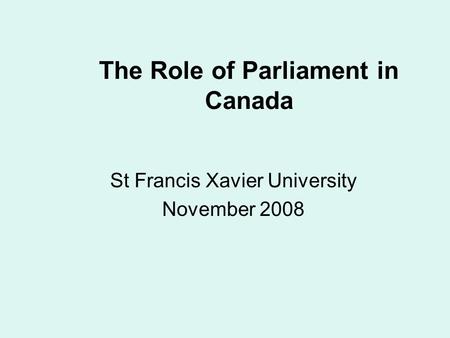 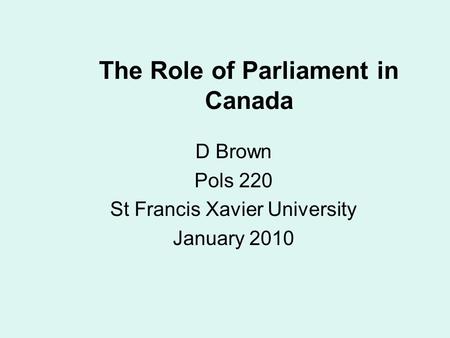 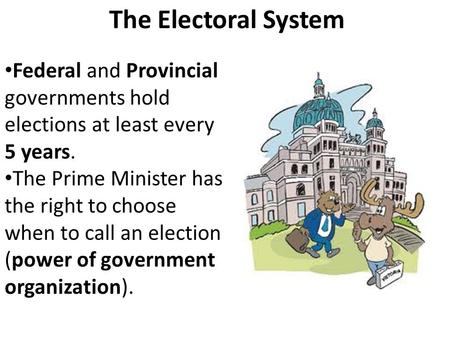 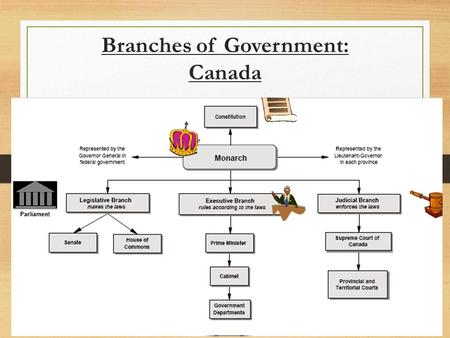 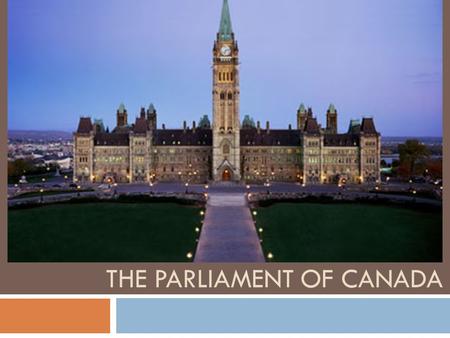 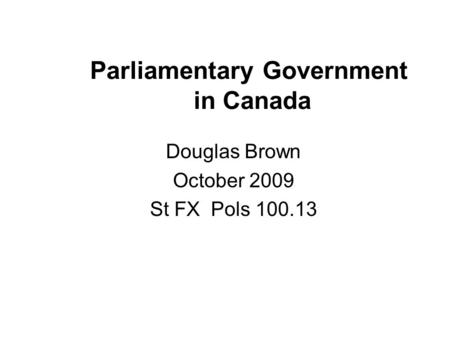 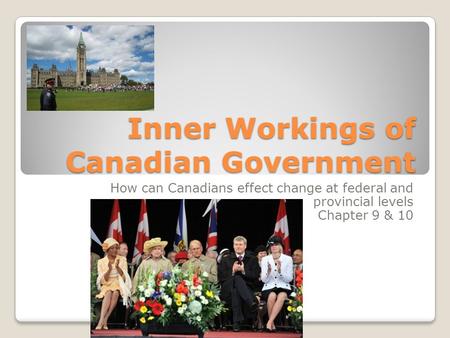 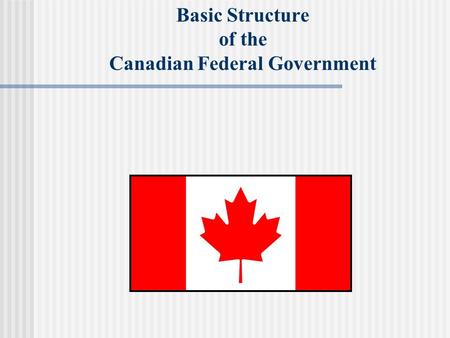 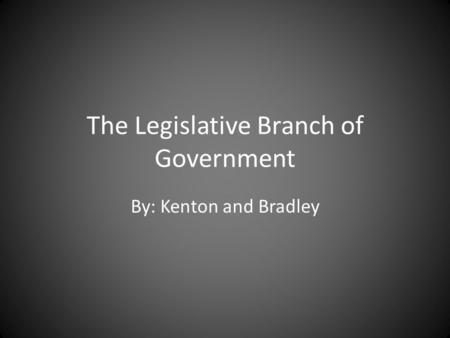 The Legislative Branch of Government By: Kenton and Bradley.