2 Time to take another fantastic tour around the Earth! http://www.GoogleEarth.com

4 Questions to Think About Why are there more people in some areas/regions, than others? Could physical geography have something to do with it? What are some reasons people decide to move or migrate to a different place? What could cause changes in population growth?

5 Terms to Know Population: The total number of people living in a specific area. Population Distribution: The way populations are spread out over a particular area. Demography: The science that analyzes and studies population distribution and related changes.

7 Distribution of World Population in 1994

9 Median Age of Populations Around the World

13 Why do people move, or migrate to other places? What factors explain their decision to migrate? Questions to Think About

21 Urbanization When did this movement begin and why? When industry’s growth occurred in the 1800’s. Many people left their farms for better, more stable and higher-paying jobs in the cities.

24 Suburbanization Suburb: the outlying part of a city or town, smaller community next to the city. Since the 1950’s, this movement of people to the suburbs has increased, especially in Europe and the USA.

27 We have completed our lesson about populations! Goodbye! Let’s let Google Earth carry us around the world and it’s many, many populations! www.GoogleEarth.com 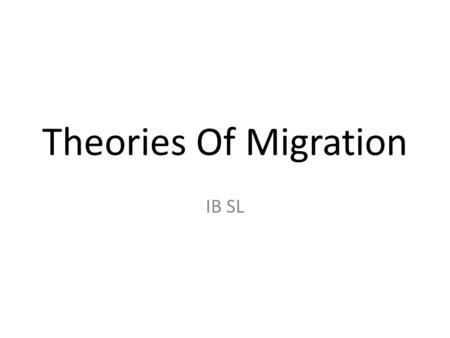 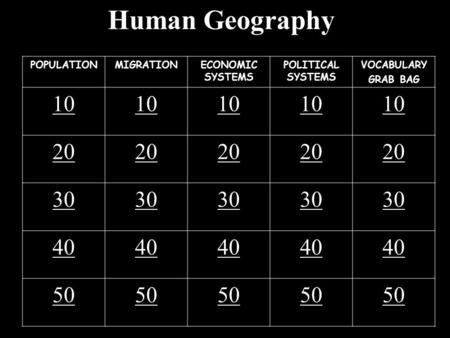 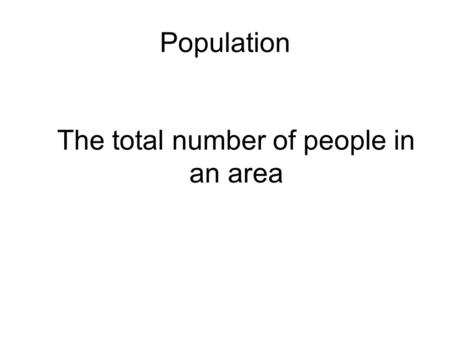