2 District 5340 Assembly Preparation To prepare for their year, incoming club secretaries can – Discuss their role with the incoming president – Meet with the outgoing secretary to review their responsibilities – Arrange for the transfer of club files and records with the outgoing secretary – Meet with the incoming treasurer to discuss their mutual responsibilities (shared roster data) – Review the Club Secretary’s Manual 2015 District Assembly

26 District 5340 Assembly Make-ups There are many ways that a Rotarian can still receive attendance credit if they cannot attend your club meeting.  Attend a meeting of another club  Attend a meeting of a Rotaract or Interact club, Rotary Community Corps, or Rotary Fellowship  Attend certain district or RI meetings  Participate in club-sponsored event or service project  Attend a club board or service committee meeting with authorization of the club board  Participate in an E-club meeting for at least 30 minutes (Article 9, Section 1 of the Club Constitution) 2015 District Assembly

27 District 5340 Assembly 2015 District Assembly Excused Absences Absences will be excused if:  The absence is approved by your club’s board  The sum of the member’s years of membership and age equals 85 or more and the member is at least 65 years old.. (Article 9, Section 3 of the Club Constitution)

32 District 5340 Assembly Thank You Please provide your email address if you wish to receive a copy of this presentation. It will also be on the District Website 2015 District Assembly 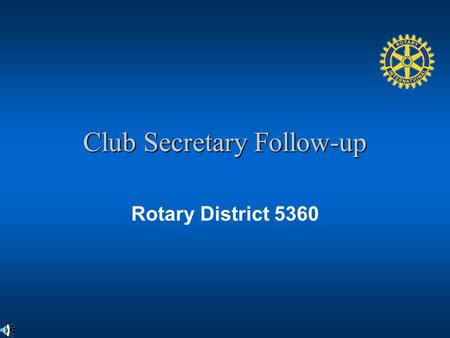 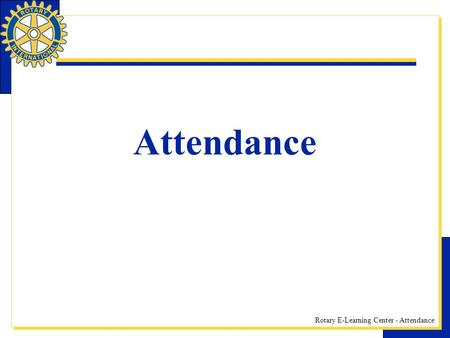 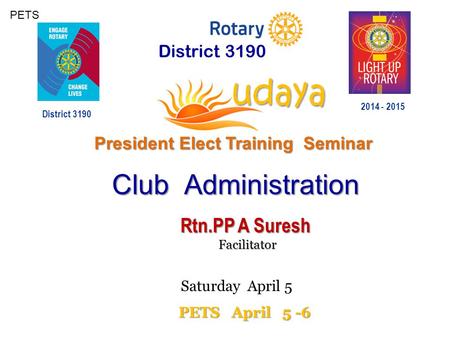 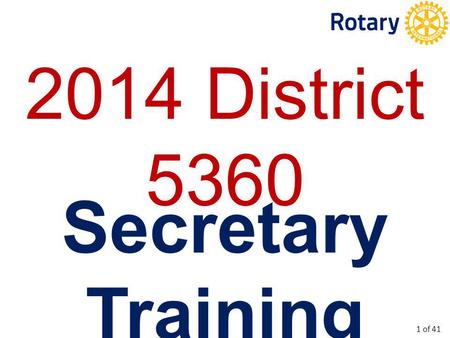 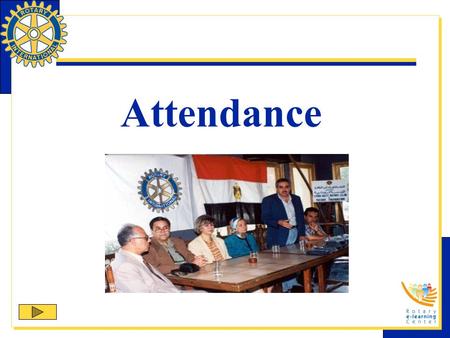 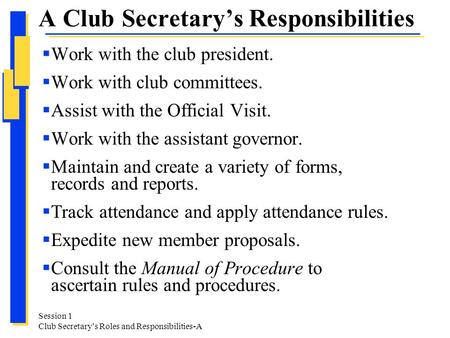 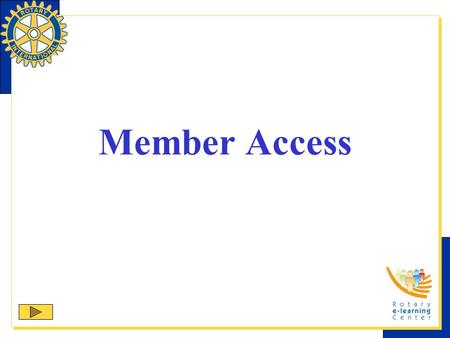 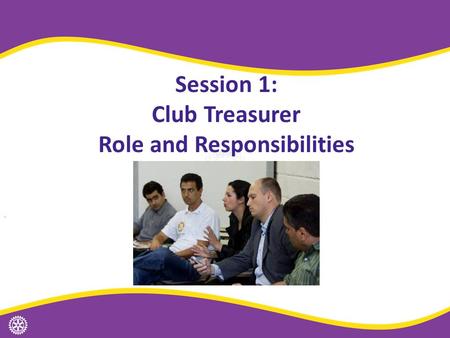 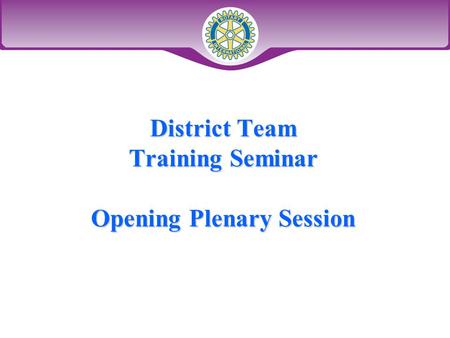 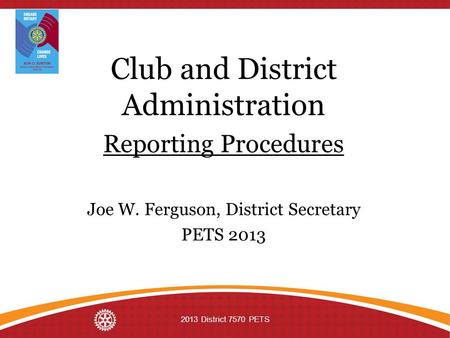 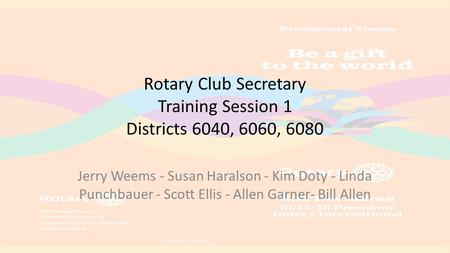 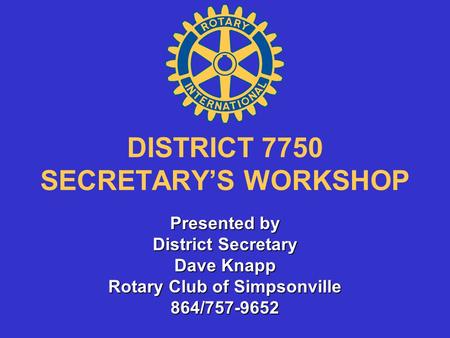 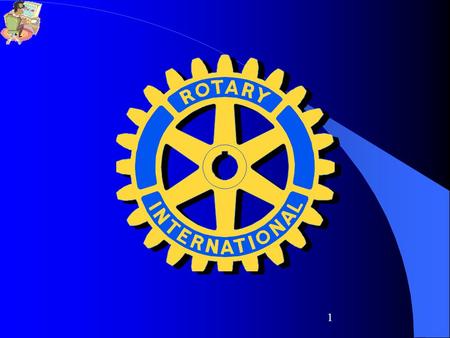 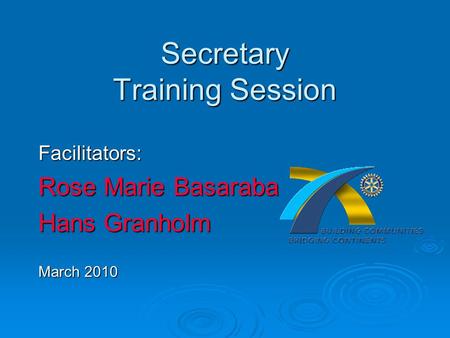 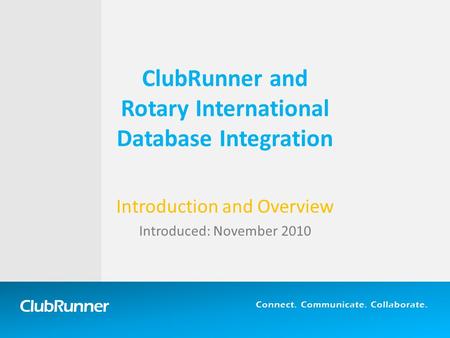 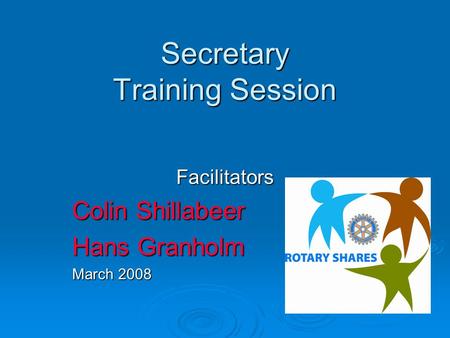 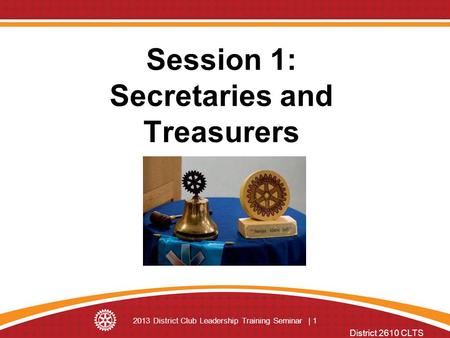 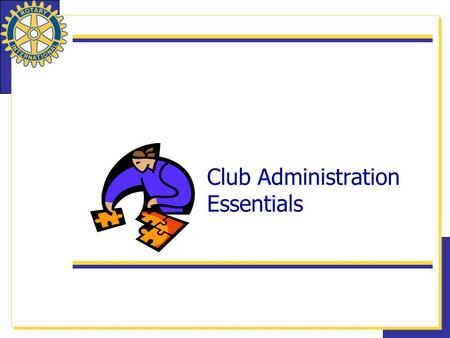 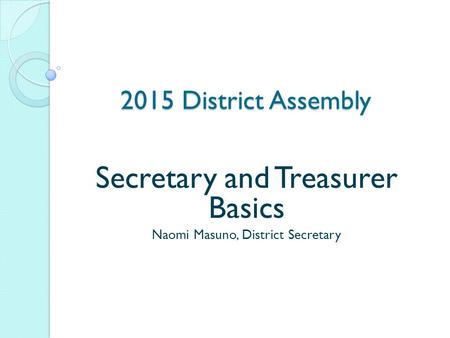 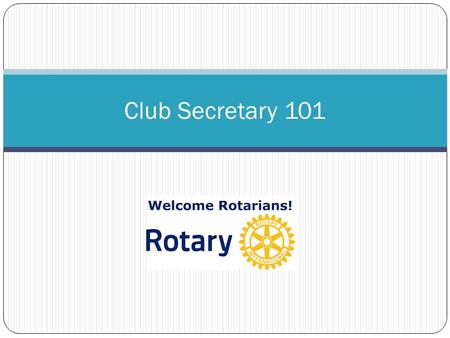