Presentation on theme: "Chapter 9 The Human Population. ...we were doing so good for so long.... what happened?"— Presentation transcript:

5 Earth cannot sustain this human population explosion for much longer.

6 How BIG will human pop get before...? Demographers use: –Age structure diagrams –Survivorship studies –Fertility rate analysis –Migration....predictions are often wrong...human behavior (not to mention nature!) can be capricious!

8 Age structure (population profile) Which countries will have a problem caring for their elderly population? Why is Saudi Arabia’s graph so different from Italy’s?

10 Survivorship “% of group members likely to survive to a given age” Type I: most people live to be very old (wealthy countries) Type II: similar death rate at all ages Type III: many children die (poor countries)

11 Fertility rate: “# of babies born each year per 1000 women in a given pop” Total fertility rate: “average # of children a woman gives birth to in her lifetime”

13 Why did the US pop continue to grow in the ’90s even though the TFR was below the replacement level?

16 Life Expectancy The dramatic increase in Earth’s pop in the last 200 years has happened because death rates have declined more rapidly than birth rates.

Download ppt "Chapter 9 The Human Population. ...we were doing so good for so long.... what happened?" 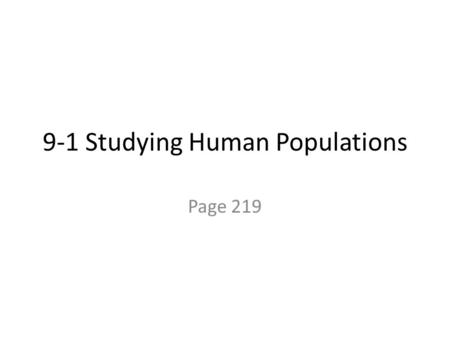 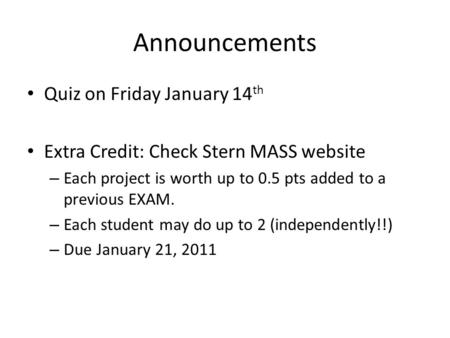 Announcements Quiz on Friday January 14 th Extra Credit: Check Stern MASS website – Each project is worth up to 0.5 pts added to a previous EXAM. – Each. 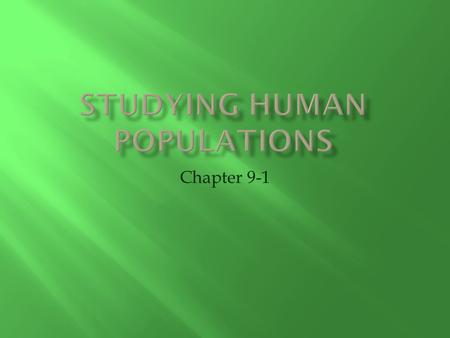