3 Habitats The place where an organism lives and that provides the things the organism needs is called its habitat! Food, water, and shelter. Biotic Factors – The living parts of an ecosystem. Animals, plants, fungi, bacteria. Abiotic Factors – The nonliving parts of an ecosystem. Water, Sunlight, Oxygen, Temperature, and soil.

5 Populations A population is a group of individual organisms of the same species living in a particular area. Herd of Wildebeest

6 Exponential Growth Occurs when the population multiplies by a constant factor at constant time intervals.

7 Limiting Factors A factor that restricts the growth of a population.
Space Food availability Disease

8 Community All of the organisms inhabiting a particular area make up a community.

9 Ecosystem and Biosphere
An ecosystem includes the abiotic and biotic factors in an area. The biosphere is the sum of all Earth’s ecosystems.

11 How do organisms get energy?
Every organism requires energy to carry out life processes such as growing, moving, and reproducing. Producers (autotroph) – synthesize their own food through the process of photosynthesis. Consumers (heterotrophs) – obtain their energy by eating other organisms. Decomposers -

13 Food Chains The pathway of energy transfer form one organism to another is called a food chain. What would happen if one organism is overhunted and removed from the food chain? What is the source of all energy?

14 Food Web A pattern of feeding represented by interconnected and branching food chains is called a food web.

15 Energy Pyramid Emphasizes the energy loss from one organism to the next in a food chain. Only 10 % is passed on to the next level, the rest is lost to the ecosystem in the form of heat.

16 Types of Relationships among species!
Predation – an interaction in which one organism eats another. There are two individuals that participate. Predator and Prey Fox is a predator and the rabbit is the prey.

19 Ecological Succession
The process of community change is called ecological succession. What would happen if you left the field behind Heritage uncut for a couple of years?

20 Primary Succession When a community arises in a lifeless area that has no soil. Pioneer species are the first to colonize barren rock. Climax community takes hold several hundred or thousand years later. The forest has grown to its full capacity.

21 Secondary Succession When a disturbance damages an existing community but leaves the soil intact, the change that follows is called secondary succession. Fires Land cleared for farming, then abandoned.

26 Deforestation The clearing of forest for agriculture, lumber, and other uses also affects the carbon cycle by eliminating plants that absorb CO2 for photosynthesis.

32 Acid Rain Precipitation that carries acid to the Earth’s surface. Smokestacks and automobile exhaust pipes release nitrogen and sulfur compounds into the atmosphere. They then combine with water and form acid rain. Can lower pH of soil and aquatic ecosystems causing species to become extinct. Acid Rain

34 Introduced Species Starlings and house sparrows are introduced species from Europe. They competed with the bluebird population drastically reducing its population.

35 Snakeheads Snakeheads are very aggressive and are outcompeting all native fish populations. Examples include Bass, Pickerel,

36 Overexploitation The practice of overhunting.
Elephants were hunted for their tusks

37 What can Humans do to reduce our negative impact on the environment?
Selective cutting Make our homes more energy efficient Use cars get higher gas mileage Tougher regulations 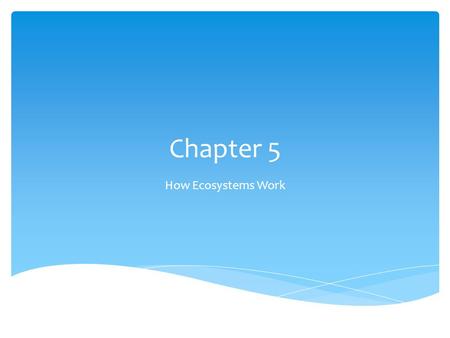 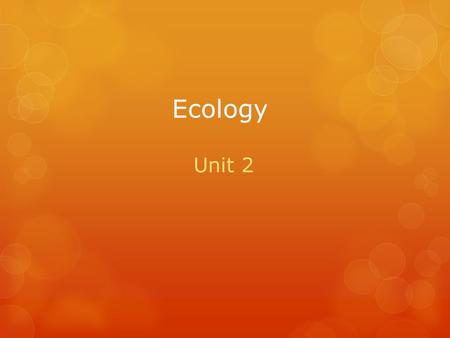 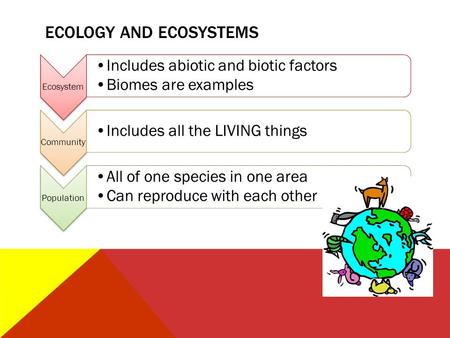 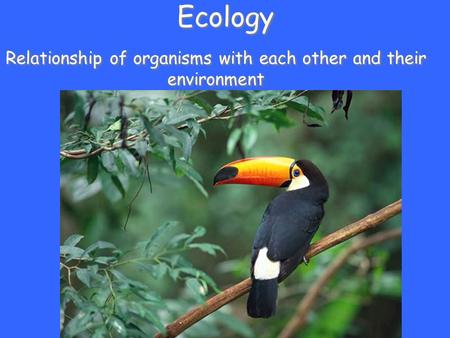 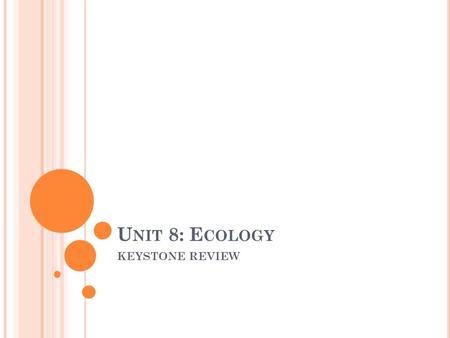 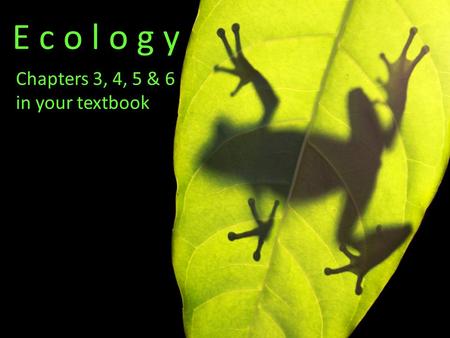 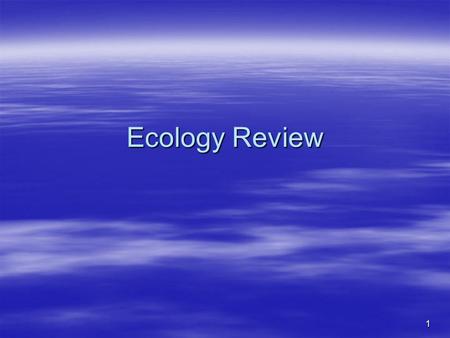 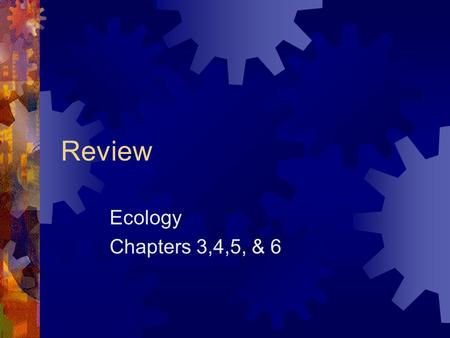 Review Ecology Chapters 3,4,5, & 6.  What is Ecology?  What is an ecosystem?  The study of interactions between organisms and their environment. The.