3 Censoring Censoring occurs when we have some information, but we don’t know the exact time-to-event measure. For example, patients typically enter a clinical study at the time randomization (or the time of diagnosis, or treatment) and are followed up until the event of interest is observed. However, censoring may occur for the following reasons: a person does not experience the event before the study ends; death due to a cause not considered to be the event of interest (traffic accident, adverse drug reaction,…); and loss to follow-up, for example, if the person moves. We say that the survival time is censored. These are examples of right censoring, which is the most common form of censoring in medical studies. For these patients, the complete time-to-event measure is unknown; we only know that the true time-to-event measure is greater than the observed measurement.

4 Example: X means an event occurred; O means that the subject was censored.

8 Creating a Kaplan-Meier curve For each non-censored failure time t j (time-to-event time) evaluate: n j = number at risk before time t j d j = number of deaths from t j-1 to t j Fraction = estimated probability of surviving past t j-1 given that you are at risk at time The Product Limit Formula:

18 Log-Rank test for several groups The null hypothesis is that all the survival curves are the same. Log-rank statistic is given by the sum: This statistic has Chi-square distribution with (# of groups – 1) degrees of freedom.

19 Cox Proportional Hazards Regression Most interesting survival-analysis research examines the relationship between survival — typically in the form of the hazard function — and one or more explanatory variables (or covariates). Most common are linear-like models for the log hazard.  For example, a parametric regression model based on the exponential distribution, Needed to assess effect of multiple covariates on survival Cox-proportional hazards is the most commonly used multivariate survival method  Easy to implement in SPSS, Stata, or SAS  Parametric approaches are an alternative, but they require stronger assumptions about h(t). 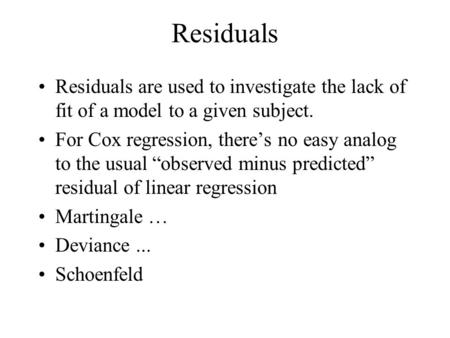 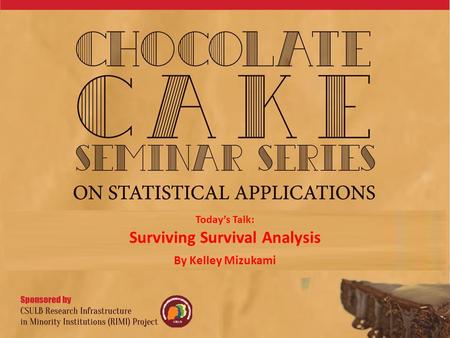 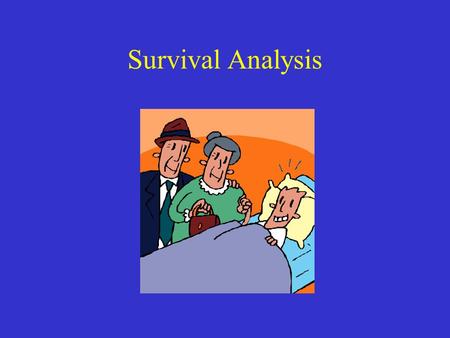 Survival Analysis. Key variable = time until some event time from treatment to death time for a fracture to heal time from surgery to relapse. 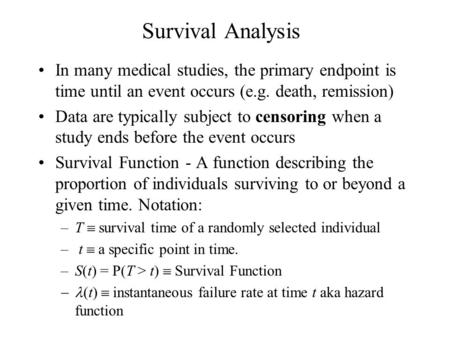 Survival Analysis In many medical studies, the primary endpoint is time until an event occurs (e.g. death, remission) Data are typically subject to censoring. 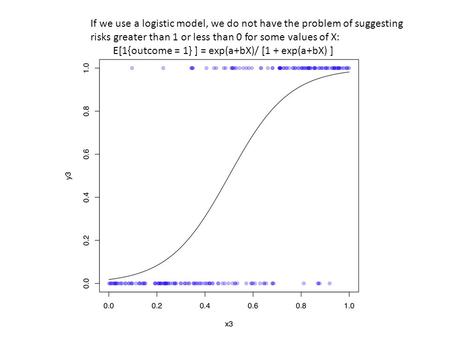 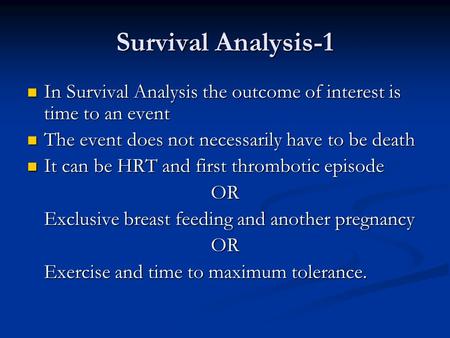 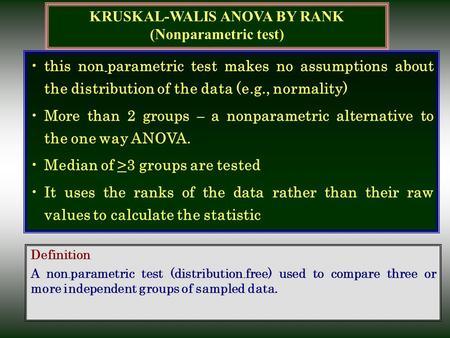 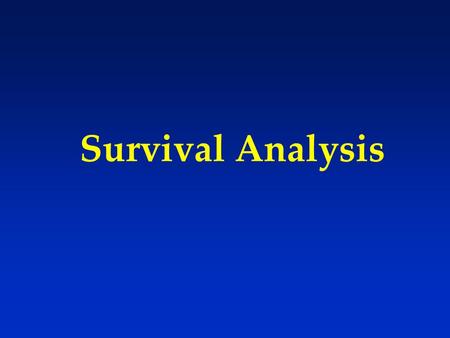 Survival Analysis. Statistical methods for analyzing longitudinal data on the occurrence of events. Events may include death, injury, onset of illness, 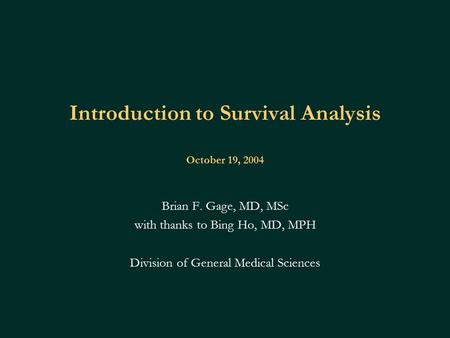 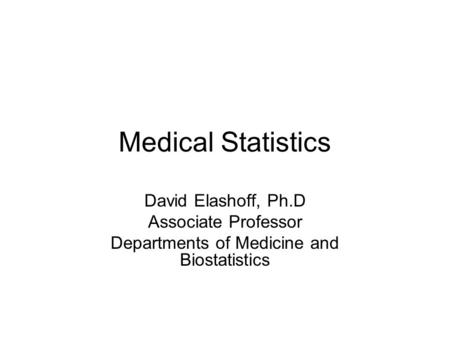 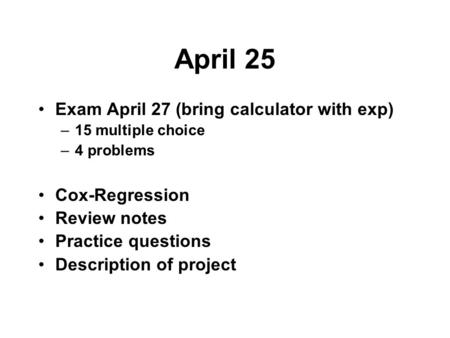 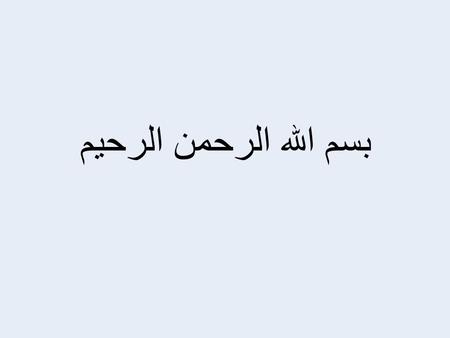 بسم الله الرحمن الرحیم. Generally,survival analysis is a collection of statistical procedures for data analysis for which the outcome variable of. 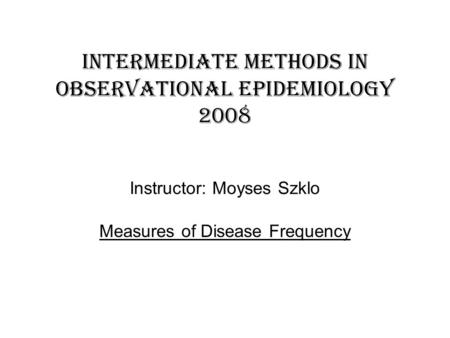 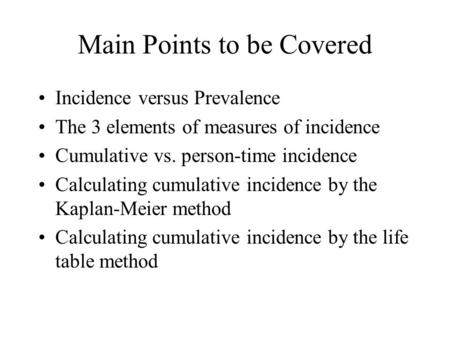 Main Points to be Covered 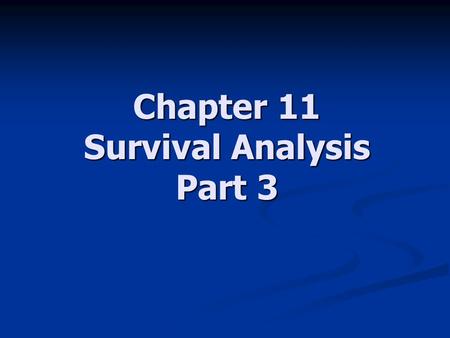 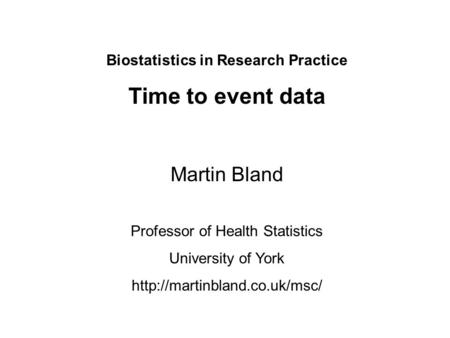 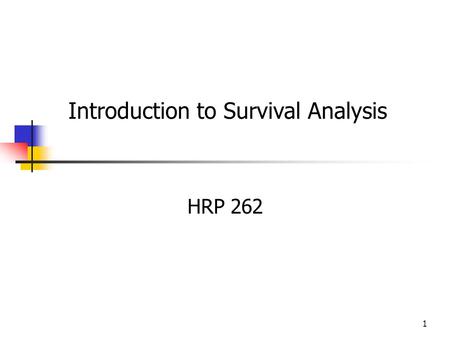 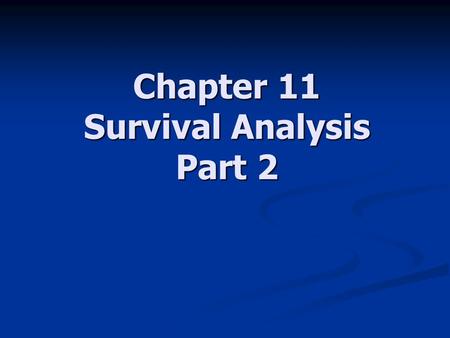 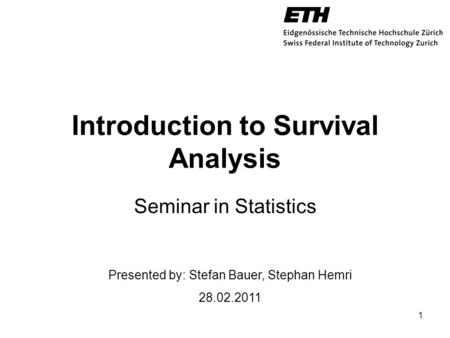