3 T600 electronic racks on top of detector at LNGS ICARUS T600 read-out electronics, designed to provide continuous digitization and waveform recording of signals from each wire of the TPC, has proven to perform quite satisfactorily in the run on CNGS beam at LNGS since May 2010. It consists of an analogue front-end amplifier followed by a multiplexed parallel AD converter (10 bit) and by a digital VME module performing local storage, hit finding and data compression. T600: ~54000 channels. 96 racks host 1720 analog + 1720 digital boards. CERN 16-17 June 2014

4 Critical considerations It is important to remember that DAQ architecture for T600 was conceived in 1997 and front-end dual channel BiCMOS circuits were designed in 1998. The full system was designed and built from 1999 to 2000 and operated first time in 2001. In this scenario it’s very important to make a critical analysis at system level to spot areas where the necessary changes could led to a more efficient structure. Adopting a top down approach one evident limitation of T600 DAQ is due to the choice of the VME standard (8-10 MB/s), perfectly legitimate at that time. CERN 16-17 June 2014

5 The flange of T600 is an opportunity For T600 a very reliable and cost effective flange has been developed. Presently it allows for the connections of 18 twisted pair flat cables, each conveying 32 signals from wire chamber to external electronics. (576 ch’s per flange). It is conceivable with a compact design to host the full electronics on the flanges, using the external side of the flange as a sort of backplane that support both analogue and digital electronics. It requires a minor change of flange design. The overall cost will be drastically reduced. CERN 16-17 June 2014

10 BNL November 2013Slide# : 10 Detail of the local bus for boards interconnection/control and powering Connections and protocol defined in cooperation with CAEN

16 New readout system CERN 16-17 June 2014 Electronics can be hosted in a compact crate(~10 liter volume). One feed-through flange forms a sort of backplane for 8 electronics boards(512 channels) External cables for signals from wires will be eliminated 149 mm 239 mm 262 mm 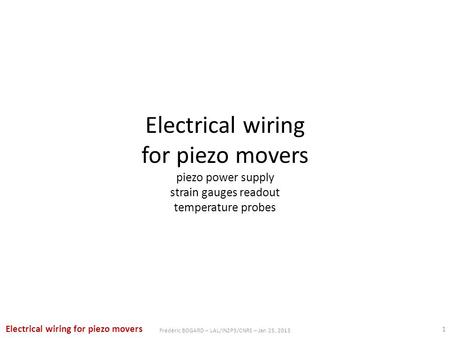 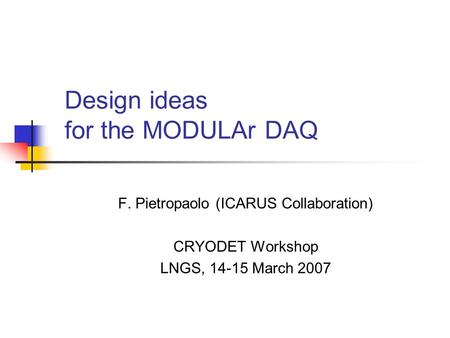 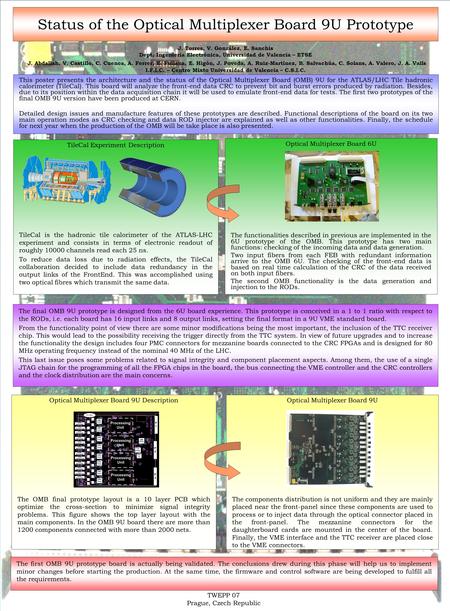 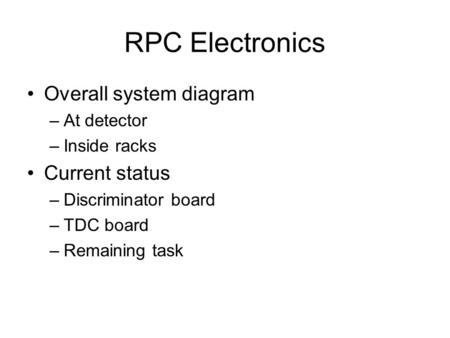 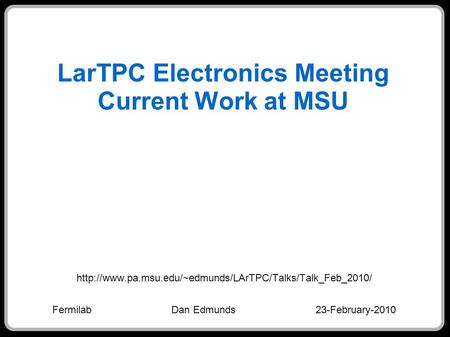 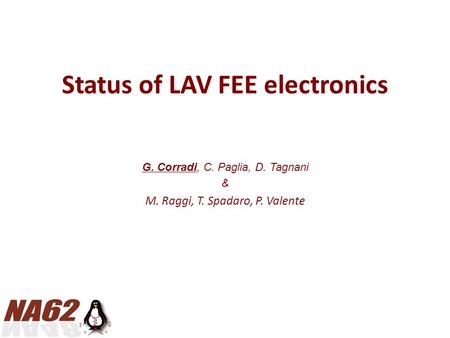 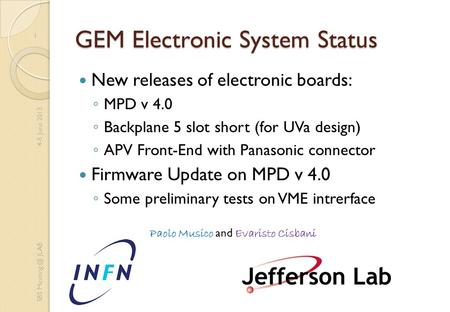 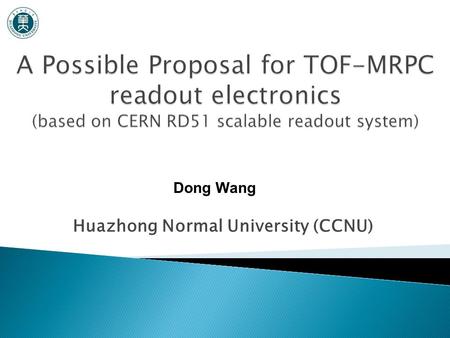 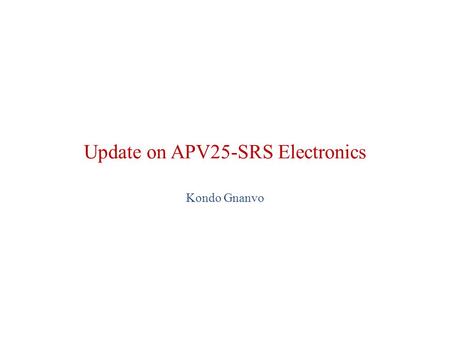 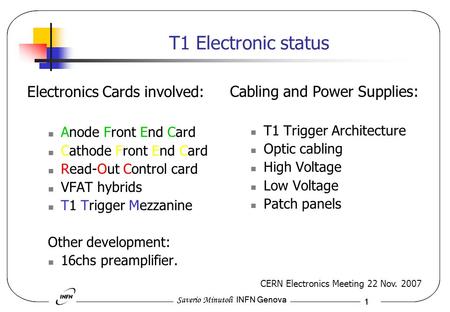 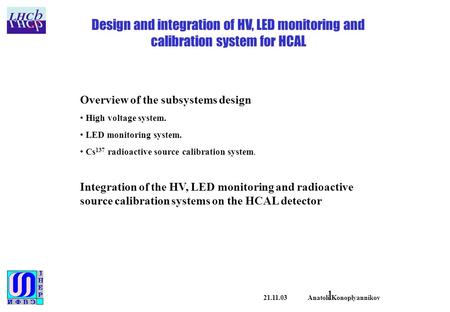 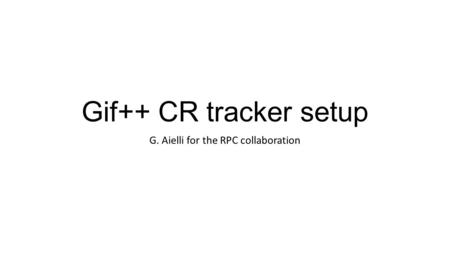 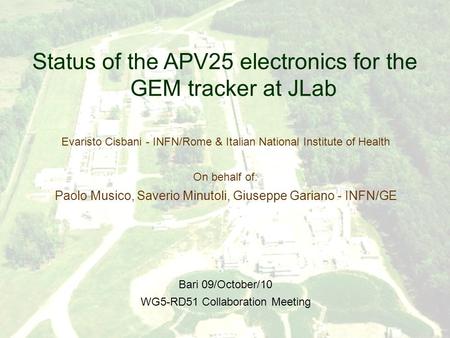 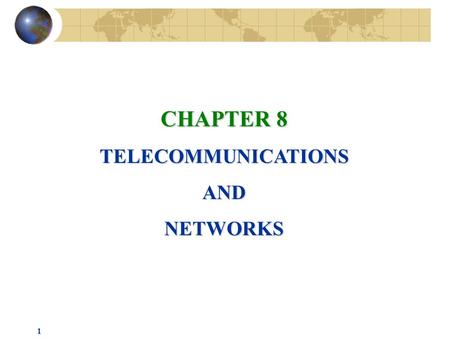 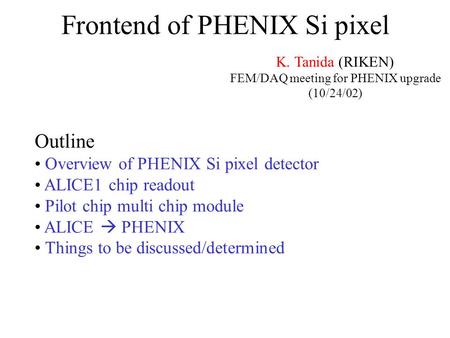 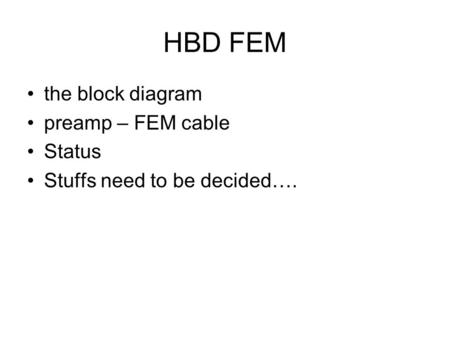 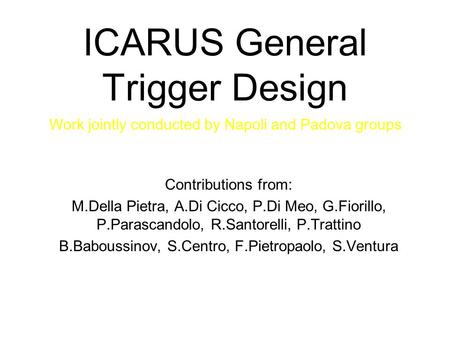