4 Systematic assessment and monitoring of disaster risks, continued research to improve understanding of causes, and awareness of those risks by the public and all levels of governments. Establishment of a culture and incentives that lead to the acceptance of responsibility by communities, including private sector and civil organizations. Long-term planning, investment, and enforcement of mitigating or preventive measures, such as land-use and other zoning and building codes. International cooperation in advanced planning and rapid response, as well as research on the evaluation, mitigation and communication of risk factors. Science Council of Japan (2012) proposed Elements of building resilience:

5 5 Past Protections and a Future Plan for a Tsunami- Resistant City in Sendai, Tohoku Only two temples were damaged among 100 with 1,000 years history in the affected area Before 2011, Sendai coast constructed by Mr.Date, Samura in 1601 The 2011 Tsunami inundated in Sendai (Kyodo, 2011) Cyranoski (Nature, Vol.483, 2011) Green belt Sandy beach Less damage and late arrival by green Canal Rice field

6 Contributions to the post-HFA 2015 process and possible synergies and overlaps with other networks and needs for coordination 6 Proposing the IRIDeS as one of the UNISDR collaborating centres on Science as a multi-disciplinary approach to DRR Conducting a review of the HFA learning from the 11 March 2011 Japan Earthquake and Tsunami and providing inputs for policy making towards the 2015 post-HFA scheme Providing guidance on setting goals and targets in the post-HFA Providing technical expertise in developing a regional disaster statistics in Asia and the Pacific – disaster statistics as a measurement to monitor progress of the goals and targets Developing a strategy to better prepare for low-frequency high-impact disasters Mechanism – providing inputs through: IRDR ISDR and its Scientific and Technical Committee through its member, Prof. Ohnishi, Chair of the Science Council of Japan ESCAP and UNDP (regional disaster statistics) Government of Japan through a preparatory committee for the 2015 WCDR in Sendai APRU --- Chairing the Multi-Hazard Program of the Association of Pacific Rim Universities: 40+ universities in 16 countries and regions

7 Importance of developing sound disaster statistics 7 We do not have global disaster statistics based on official sources even now! It is a governance issue --- between local governments and the central government A minimum standard for the element of statistics need to be agreed – intergovernmental process by the UN – perhaps at the regional level Good national level efforts: UNDP: DisInventar --- a good tool (Latin America and Asia) JICA: assisted developing a white paper in some countries When making efforts at the national level, benefits for local governments need to be identified clearly - Annual white paper based on such statistics submitted to politicians/decision takers/makers would generate new policies on DRR - Useful for insurance scheme - Good basis for cost-benefit analysis - Good basis for development investment (including foreign assistance) Useful for setting global goals and targets on DRR --- post HFA discussion --- baseline data and measures to progress in DRR 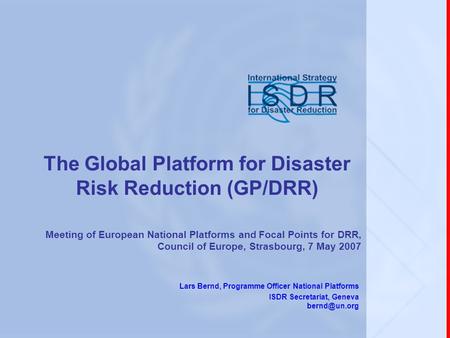 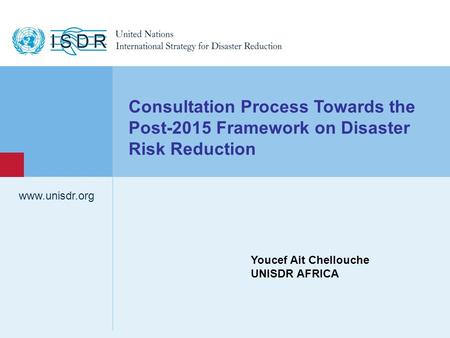 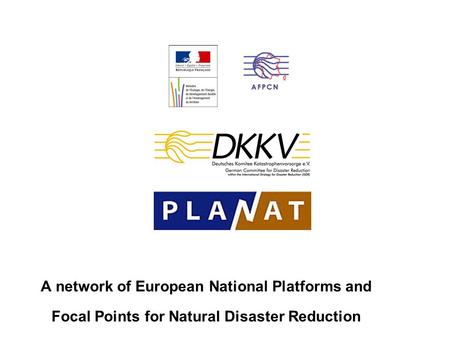 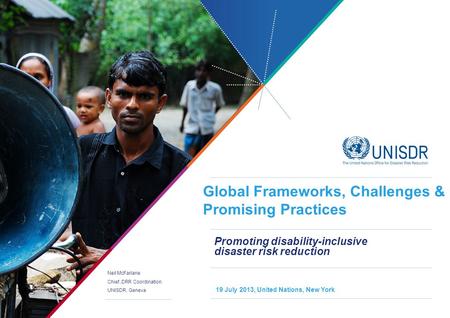 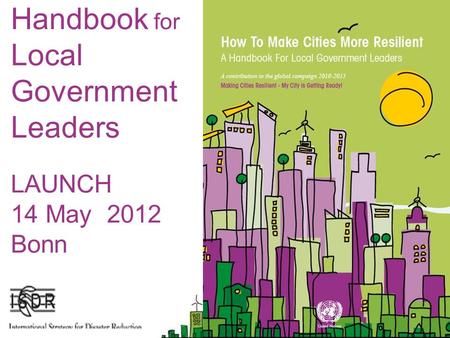 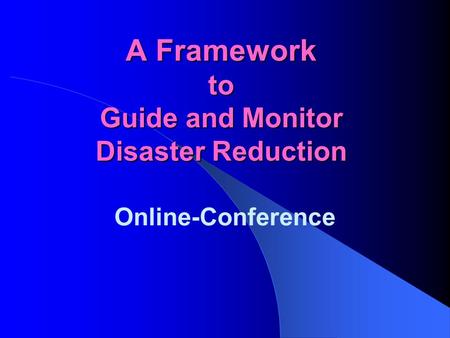 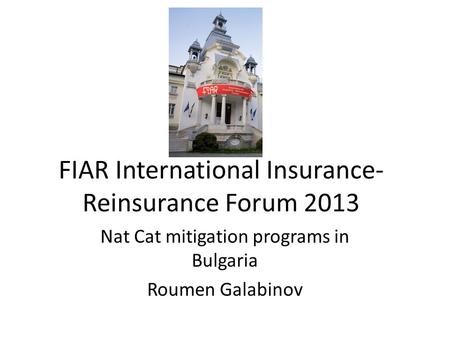 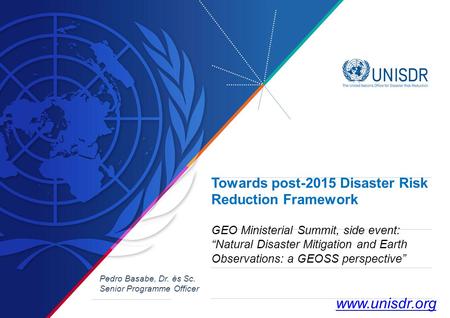 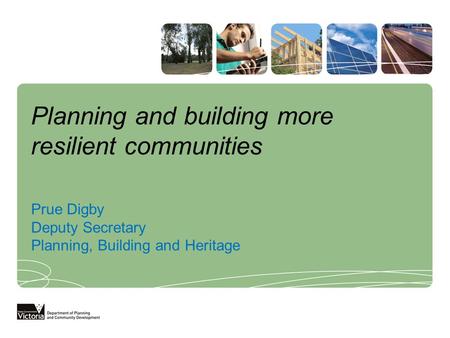