Presentation on theme: "Citizenship. Who are we? What do we look like? Making a single nation out of such diverse people is difficult. What is a citizen, and what does it take."— Presentation transcript:

3 Making a single nation out of such diverse people is difficult. What is a citizen, and what does it take to become an American citizen?

4 Citizenship Describes how government ought to treat residents and how those residents ought to act.

5 Citizenship by Family or Birth Anyone in the U.S. or Puerto Rico, Guam (U.S. territories) automatically become citizens, even if the parents aren’t citizens This does not include children born to foreign diplomats serving in the U.S. or children born on foreign ships in U.S. waters. BORN

6 Child born outside the U.S., whose parents are U.S. citizens, are automatically a U.S. citizen Foreign born children become citizens if American citizens adopt them

7 U.S. is a Nation of Immigrants "Give me your tired, your poor, Your huddled masses yearning to breathe free, The wretched refuse of your teeming shore. Send these, the homeless, tempest-tossed to me. I lift my lamp beside the golden door."

8 Naturalization The process of becoming a citizen

10 Immigrants who serve in the military can more easily gain citizenship.

14 Refugees are expected to return home when it is safe to do so. Refugees who cannot go home may become legal permanent residents after they have lived here continuously for one year. –There are limits on that

15 Temporary Residents Visa – document that allows them to be in the country for a specific purpose and a specific length of time. They are expected to return to their home country –Visitors, students, foreign media

17 Problems with illegal immigration  Children of illegal immigrants must be educated.  Immigrants may be entitled to receive some government services  Many pay taxes, others work unofficially and do not pay taxes

18 What happens if they are caught? Deported – to send home an immigrant who has violated INS rule

20 Why does the U.S. limit immigration? U.S. cannot absorb everyone When the economy is going through hard times, immigration becomes a bitter issue Immigration uses social services and community resources

21 Amnesty  an act of forgiveness for past offenses, esp. to a class of persons as a whole.  How does this apply to immigration? –If you grant illegal immigrants amnesty, you forgive them for entering illegally, and pave a path for citizenship

22 Did you know? It is estimated that by 2050, the nonminority white population will make up barely half of all Americans

Download ppt "Citizenship. Who are we? What do we look like? Making a single nation out of such diverse people is difficult. What is a citizen, and what does it take." 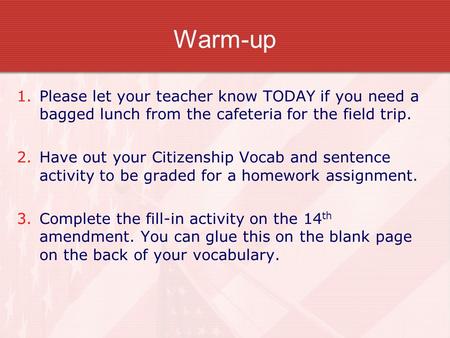 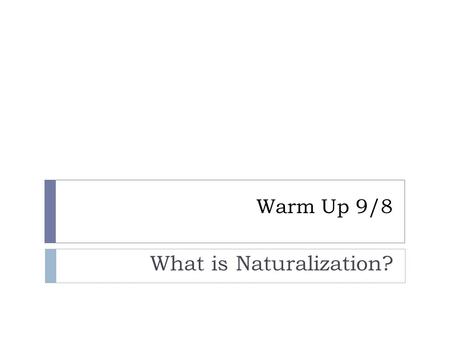 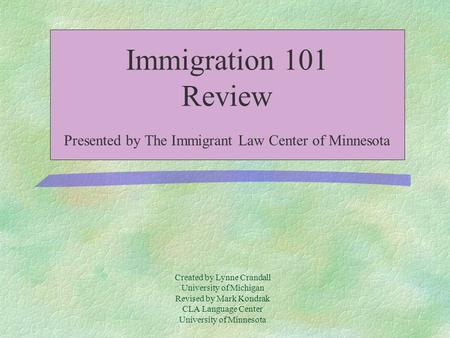 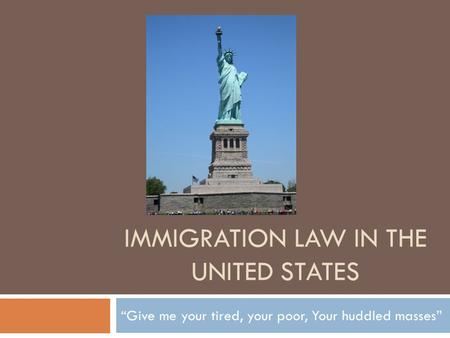 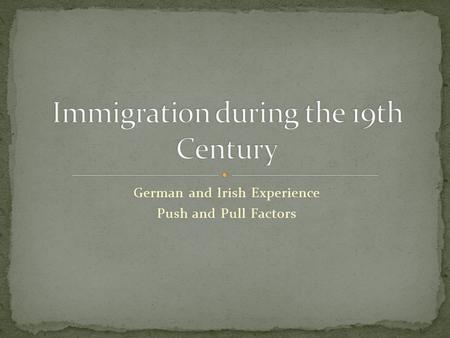