1 The Frontier of Texas

3 Frontier Settlements Conflicts with Native Americans developed and increased over time The Native Americans were pushed farther west. US Soldiers were brought in to help defend the Texans from raids

5 Medicine Lodge Treaty Treaty – a formal agreement between two nations. Native Americans agreed to move onto reservations Agreed to stop raiding white settlements Many Native Americans disagreed with this treaty and peace did not come.

8 Frontier Wars Red River War – Quanah Parker and Lone Wolf led an attack against hunters at Adobe Walls. - Parker eventually surrendered. Buffalo Soldiers- African American soldiers assigned to run the Apaches further West out of Texas to a reservation in Arizona. Many treaties were formed to try and maintain peace, but few held up.

9 The real price of Buffalo hides

11 Effects of Over hunting – only 9 buffalo left in US 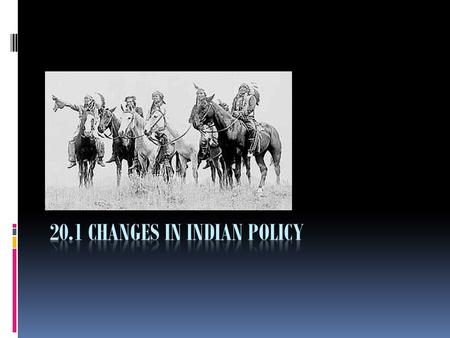 American Indian Relations Indian raids were not unusual events in the early 1860s. Many settlements were open to attack because soldiers and civilian. 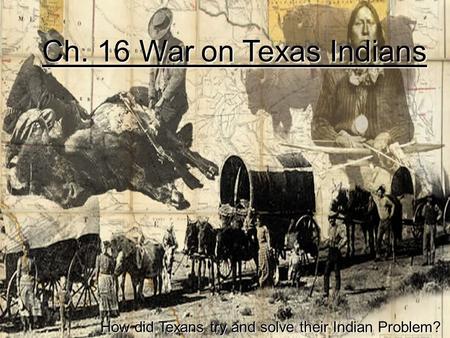 Ch. 16 War on Texas Indians How did Texans try and solve their Indian Problem? 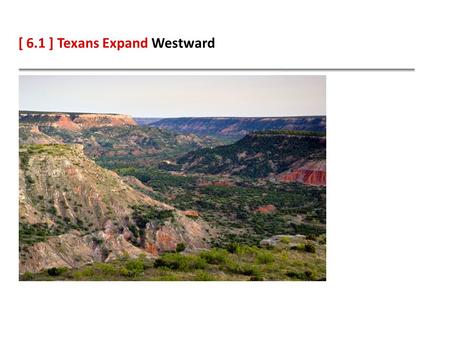 [ 6.1 ] Texans Expand Westward. Learning Objectives Identify the effect of westward expansion on American Indians. Describe the effects of the Frontier. 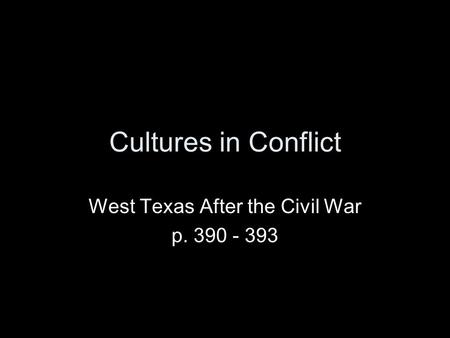 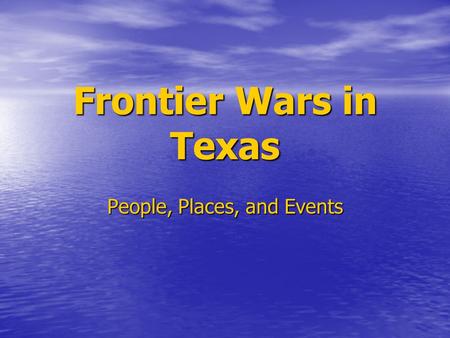 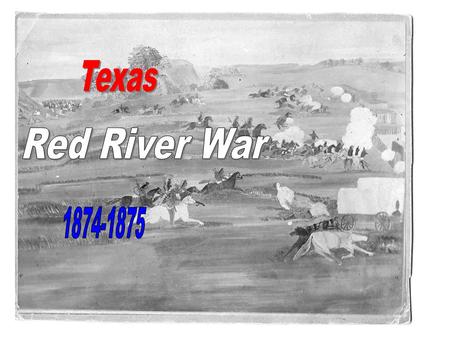 Plight of the Indians Indians were pushed to the East by Europeans –1716 San Francisco de las Tejas * The frontier of Texas 1870 –Red Line –The Indians. 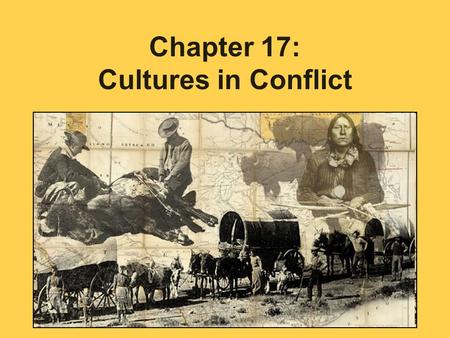 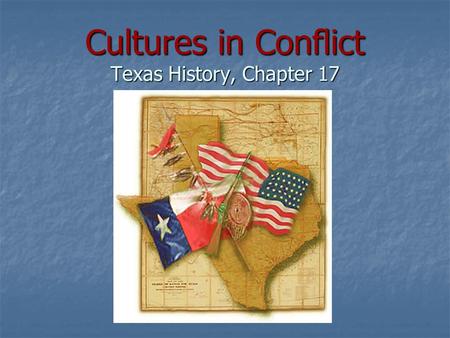 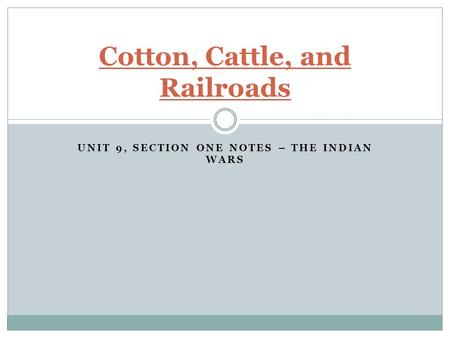 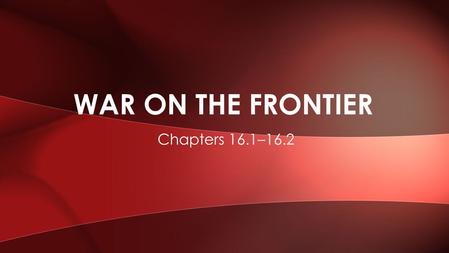 Chapters 16.1–16.2 WAR ON THE FRONTIER. After the Civil War, U.S. troops returned to Texas to assist during Reconstruction. Texans were disappointed when. 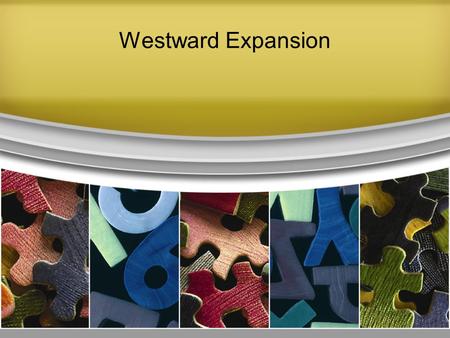 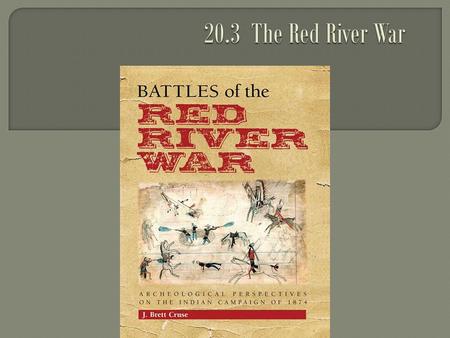  In the spring of 1874, the situation had become desperate for the Plains Indians.  They were starving on the reservations, and the buffalo were being. 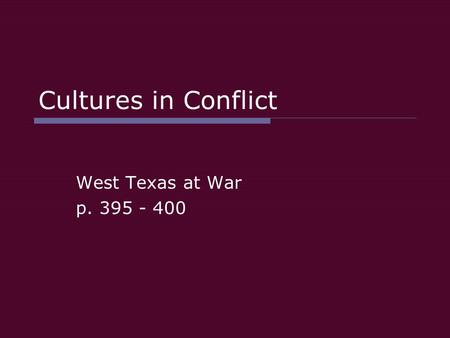 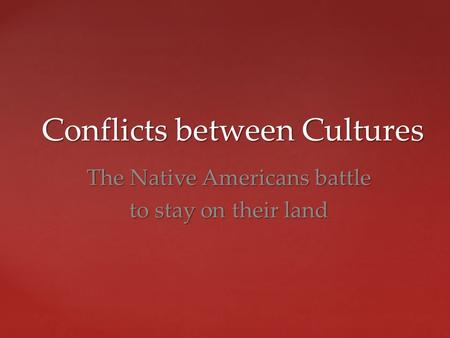 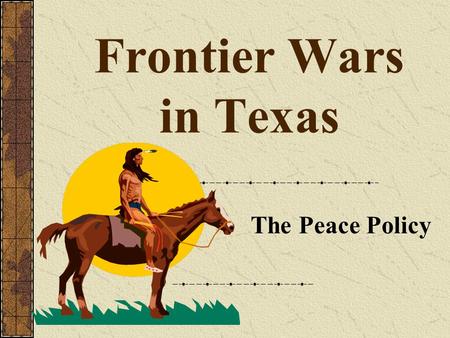 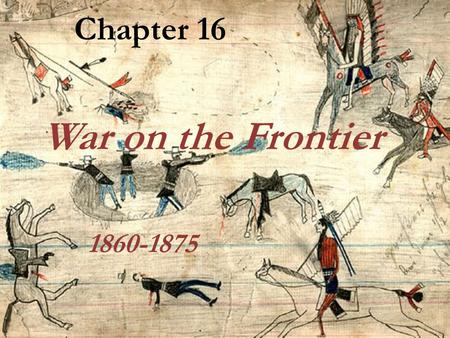 Chapter 16 War on the Frontier 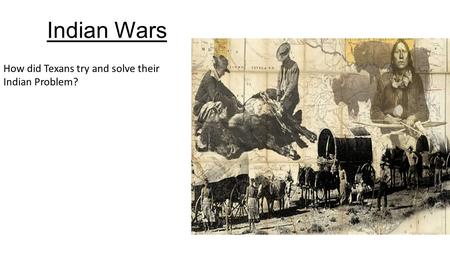 Indian Wars How did Texans try and solve their Indian Problem? 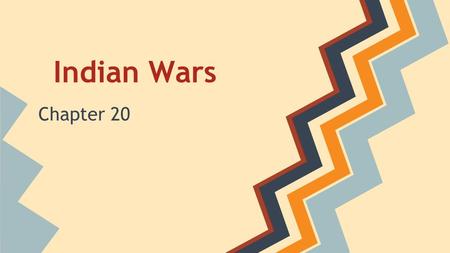 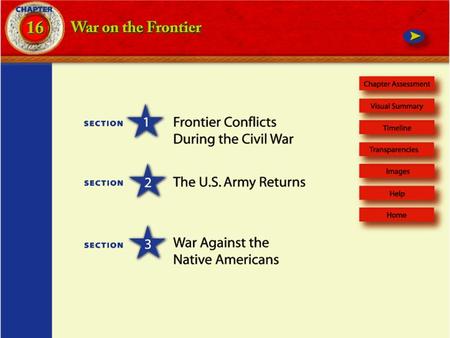 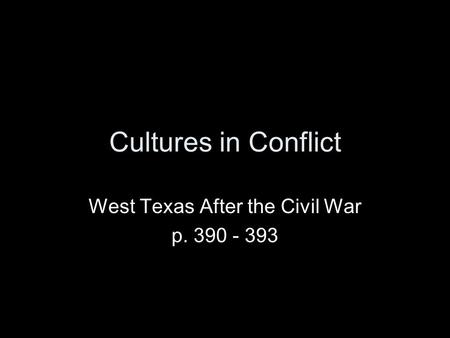 Cultures in Conflict West Texas After the Civil War p