3 Alliance An agreement between nations to defend one another
If one country is attacked, the other members of the alliance promise to help them. For example: France and Italy have an alliance. If France is attacked, Italy will _____________!

5 Who were in the alliances in Europe?

7 What about the United States?
Woodrow Wilson (President of the U.S.) decided isolationism was the best option (we were not going to get involved)

8 However… Germany attacked and sunk the British ship the Lusitania
(The U.S. did not agree with this) Germany sent a telegram to Mexico asking them to join the Central Powers-in return, Germany would help Mexico get back land from the U.S. Germany sank 3 U.S. ships

10 New Technology Trench Warfare-
Soldiers on each side dug a system of trenches that faced each other. Barbed wire fences protected the front of each trench. No-man’s land was the land between the trenches the no one controlled. The soldiers ate and slept in the trenches which were often filled with rats and water Have students draw a picture of trench warfare 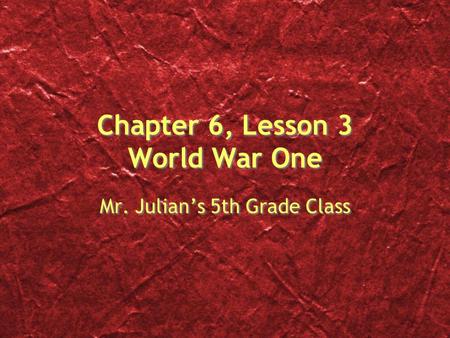 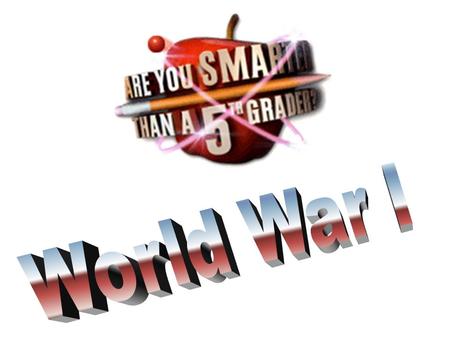 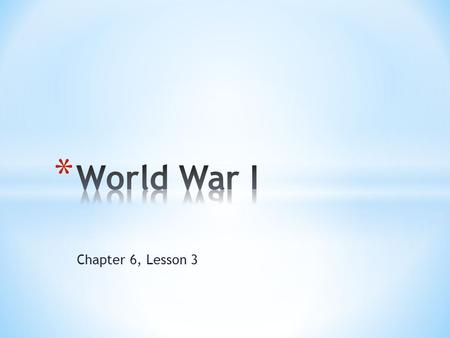 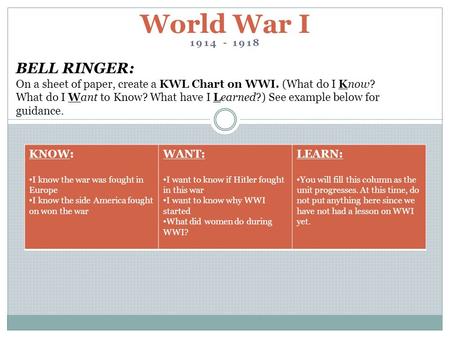