4 2. Sewage Treatment = The reducing of the pollutant level in water
Its purpose: - to remove dangerous materials - to reduce the BOD ( Biological Oxygen Demand) of sewage - to kill microorganisms Stages of Sewage Treatment: a) Primary stage b) Secondary stage c) Tertiary stage Note: The stages have different levels of effectiveness depending on the availability of resources

5 A. Primary stage of Sewage treatment
Stages: 1.) Screens and Taps: These filter out large objects from waste water and remove floating objects (such as grease)‏ 2.) Settling Tank: This allows smaller heavier objects (rocks, stones, etc) to settle down and then to be removed and transferred to landfills 3.) Sedimentation tank: The sewage is again allowed to settle and sludge is removed from the bottom. This can be speeded up by adding chemicals (such as Al2(SO4)3) which allows suspended particles to join and form clumps (Flocculation)‏ 4.) Chlorine and Ozone treatment: These kill pathogenic bacteria

7 B. Secondary stage of Sewage treatment
Stages: 1.) Aeration tank: In this air enriched with oxygen is bubbled (using large blowers) through sewage mixed with bacteria laden sludge Result: Aerobic bacteria break down most of the organic matter in sewage (Activated sludge process)‏ 2.) Sedimentation tank: The water containing decomposed suspended particles is allowed to settle. Large quantities of biologically active sludge collect (part of it is recycled)‏ 3.) Chlorine and Ozone treatment

9 C. Tertiary stage of Sewage treatment
= treatment that involves specialized chemical, biologic and/or physical processes What does it do?: it removes inorganic substances and organic materials not removed by the previous stages of treatment Examples of tertiary treatment processes are: I) The carbon bed method II) The chemical precipitation process III) Biological processes

10 I) The Carbon bed process
= a process which uses adsorption to remove organic chemicals from waste waters Adsorption= attraction of a substance to the surface of a solid substance, in this case of tiny carbon granules with large surface areas (otherwise known as activated carbon black) Effectiveness: it can remove many toxic organic materials ( An every day example is the charcoal filters used to further purify tap water)‏

12 III) Biological processes: Denitrification
= turning of nitrogen in nitrates back into atmospheric nitrogen, N2, through the use of anaerobic organisms ( denitrifying bacteria)‏ Effectiveness: It reduces nitrate contamination in ground water 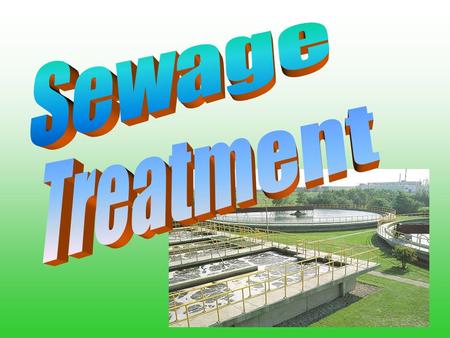 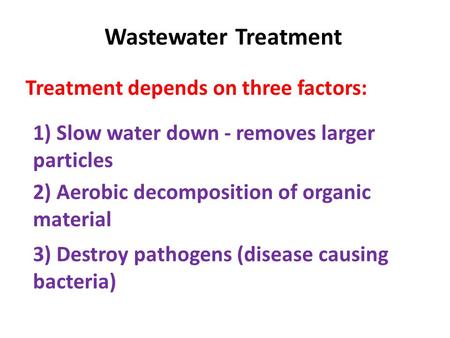 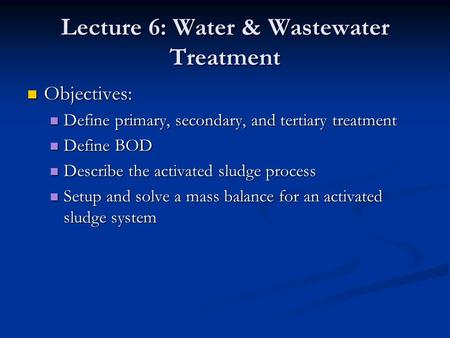 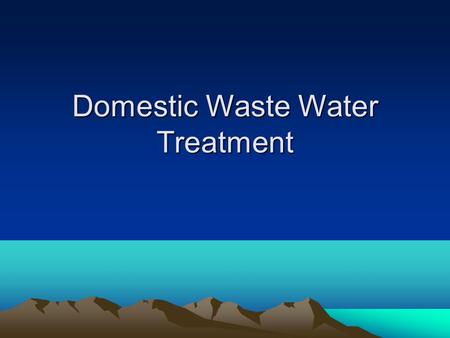 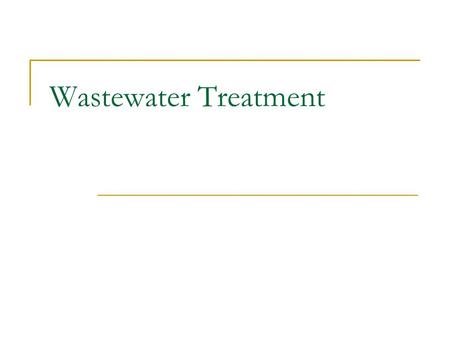 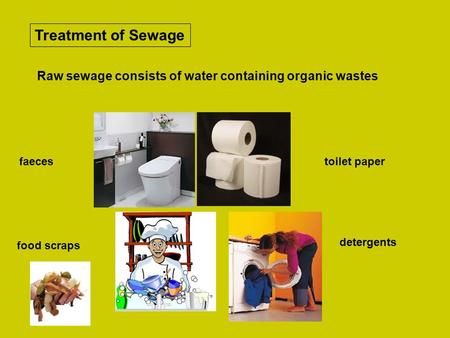 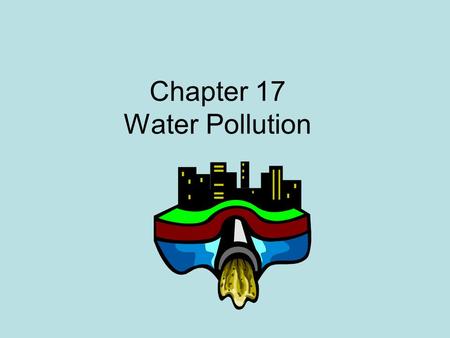 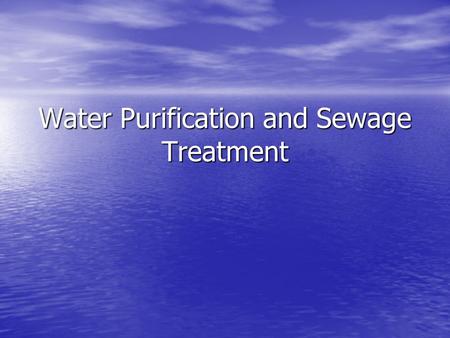 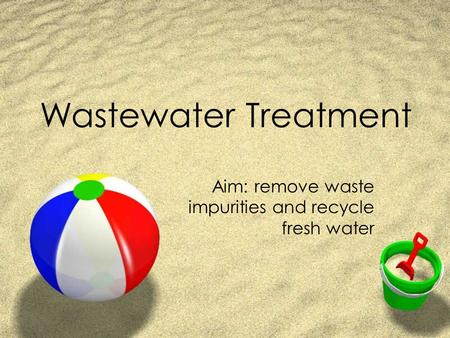 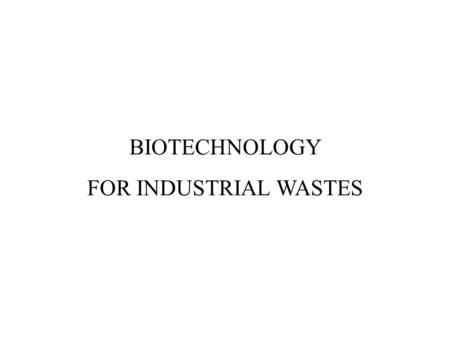 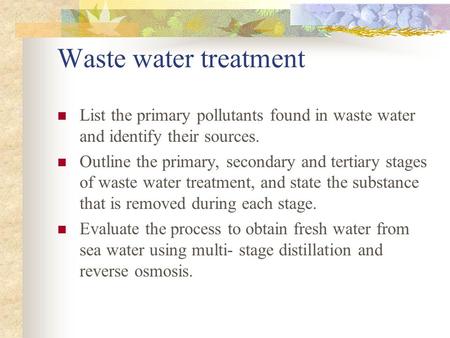 Waste water treatment List the primary pollutants found in waste water and identify their sources. Outline the primary, secondary and tertiary stages of. 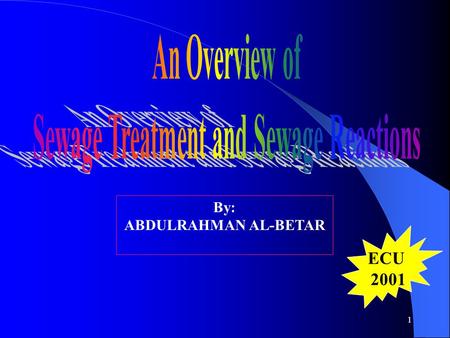 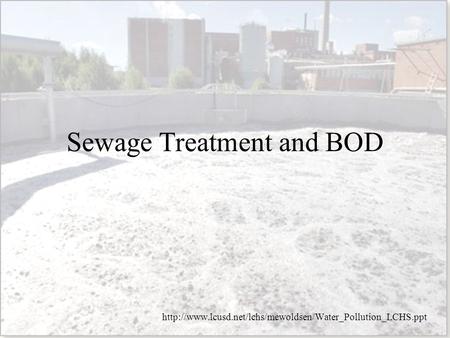 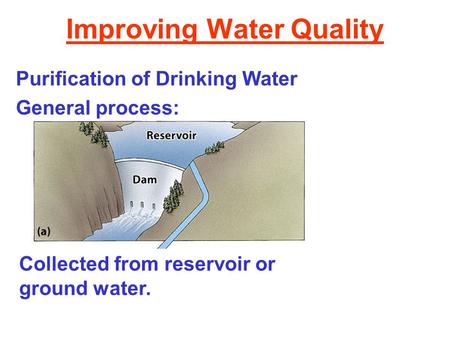 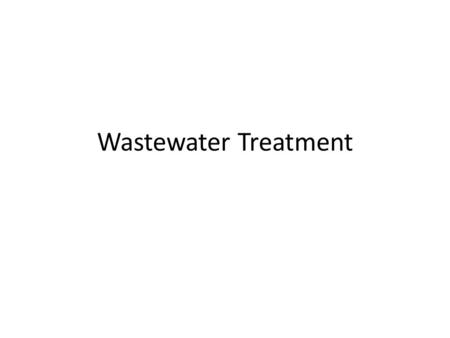