15 15 Biodiversity Hotspots Most of the world's biodiversity concentrations are near the equator (tropical rainforests, coral reefs).

16 16 Part 3: How do we benefit from biodiversity? Food Drugs and medicines Ecological benefits Aesthetic and cultural benefits

19 19 Aesthetic and cultural benefits Bird watching and other wildlife observation contribute more than $29 billion each year to the U.S. economy.

20 20 Part 4: What Threatens Biodiversity? Extinction - the elimination of a species Natural process - one species lost every 10 years Process been accelerated by human impacts on populations and ecosystems E.O. Wilson - we are currently losing thousands of species a year

23 23 About 200 years ago, the American passenger pigeon was probably the world's most abundant bird. Population: 3-5 billion Over hunting and habitat destruction caused its extinction.

24 24 Trade in Products from Endangered Species

25 25 Trade in Wildlife About 75% of all saltwater tropical aquarium fish sold come from coral reefs of the Philippines and Indonesia, where they are commonly caught with dynamite or cyanide. 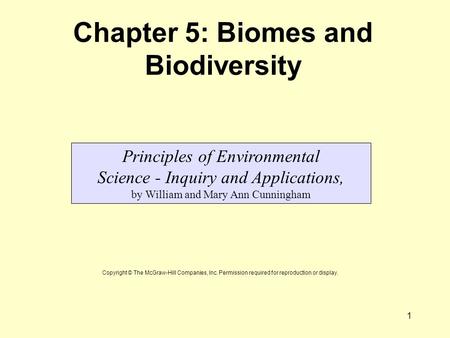 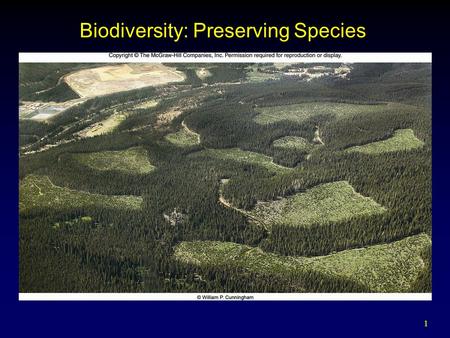 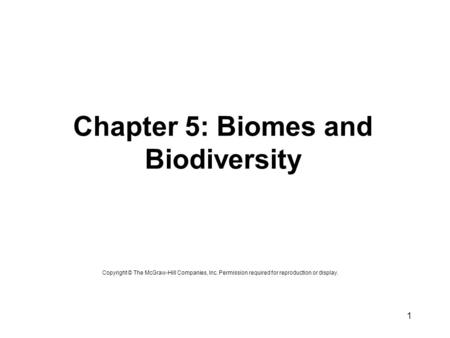 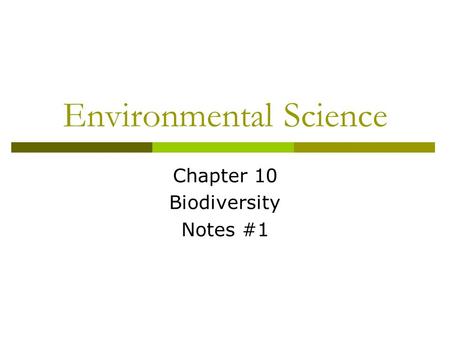 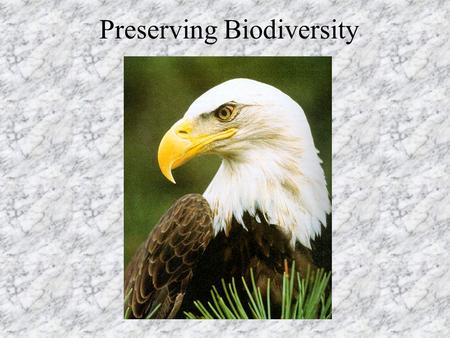 Preserving Biodiversity. How many species are there? 2.1 million currently described probably 3-50 million species –most of those undiscovered are insects, 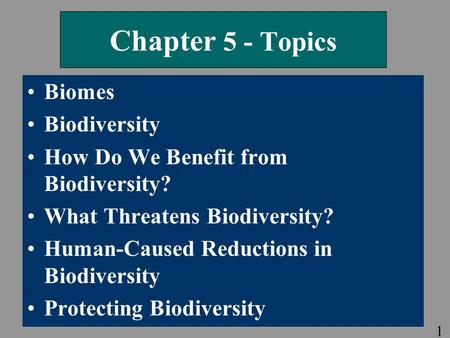 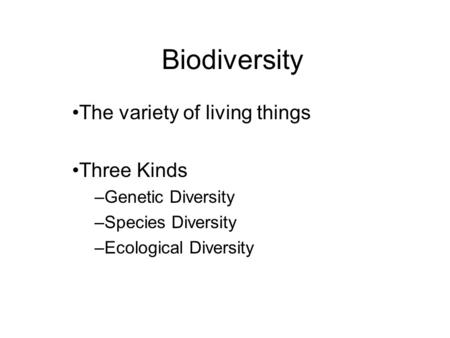 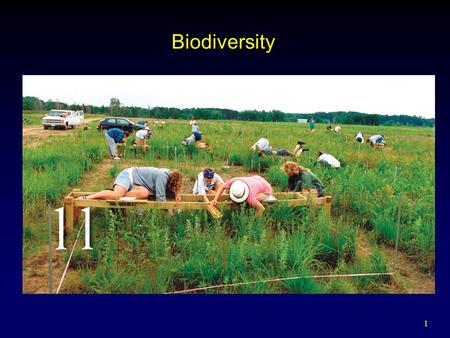 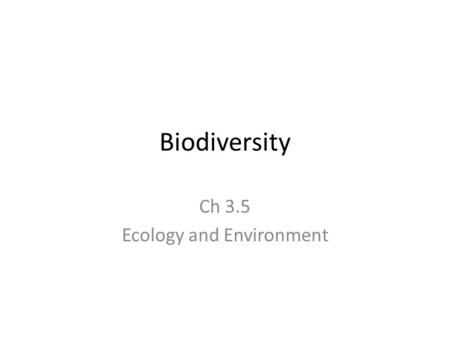 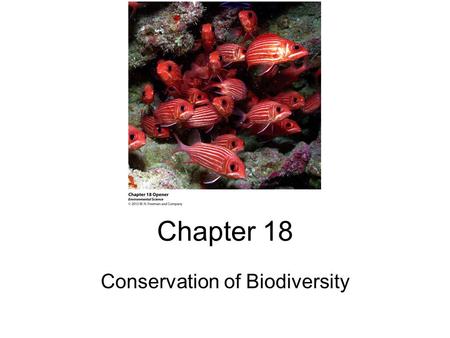 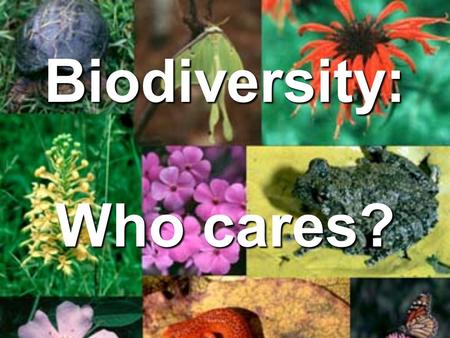