4 Temperature $100 Answer: The Measure of the average kinetic energy of the individual particles in an object What is temperature?

5 Temperature $200 Answer: This is when its called when no more energy can be removed from matter. What is absolute zero?

6 Temperature $300 Answer: Absolute zero is shown as 0 degrees on this scale What is Kelvin?

8 Temperature $500 Answer: The amount of energy required to raise the temperature of 1 kilogram of a substance by 1 Kelvin is called its ___________ ? What is specific heat?

9 Matter $100 Answer: Which state of matter has the LEAST thermal energy? What is a solid?

10 $200 Matter $200 Answer: Which state of matter has a definite volume but NO definite shape? What is a liquid?

11 Matter $300 Answer: Two or more substances that are NOT chemically combined. What is a mixture?

13 Matter $500 Answer:. Name three properties of compounds that make it different from a mixture. What are 1) Specific ratio 2) 2 or more elements 3) Elements are chemically combined 4) Elements combine to have new properties

15 Thermal Energy Vs Heat $200 Answer: This is the movement of energy from a warmer object to a cooler object. What is heat?

18 Thermal Energy Vs Heat $500 Answer: A jar of HOT green water is placed into an aquarium full of COLD water. The HOT green water begins to rise out of the jar to the top of the aquarium, spread out, and fall back down. Name the type of heat transfer. What is convection?

20 Phase Changes $200 Answer: Solid to Gas. What is Sublimation?

21 Phase Changes $300 Answer: Fog on a mirror. What is Condensation?

22 Phase Changes $400 Answer: Two types of vaporization. What are evaporation and boiling?

24 Heat Transfer $100 Answer: Heat is transferred from one particle of matter to another without the movement of matter itself in a process called. What conduction?

25 Heat Transfer $200 Answer: A turtle laying on a rock in the sun. What is radiation?

26 Heat Transfer $300 Answer: This is the transfer of energy by electromagnetic waves. What is radiation?

27 Heat Transfer $400 Answer: This is an object that controls heat flow. What is an insulator?

34 Gas Laws $1000 Answer: What 3 factors affect the density of a gas? What are temperature, volume, and pressure?

35 Heat and Thermal Energy $200 Answer: Which is an example of thermal expansion: A Thermometer, a Refrigerator, or a Toaster? What is a thermometer?

36 Heat and Thermal Energy $400 Answer: What converts thermal energy to mechanical energy? What is a heat engine?

37 Heat and Thermal Energy $600 Answer: The process in which an engine burns fuel to operate is known as _______. What is a combustion?

38 Heat and Thermal Energy $800 Answer: An engine that burns fuel on the outside. What is an external combustion engine?

39 Heat and Thermal Energy $1000 Answer: When particles spread out and a substance expands, it is called _______. What is a thermal expansion?

40 Final Jeopardy! Short Answer: Write your answer on a sheet of paper 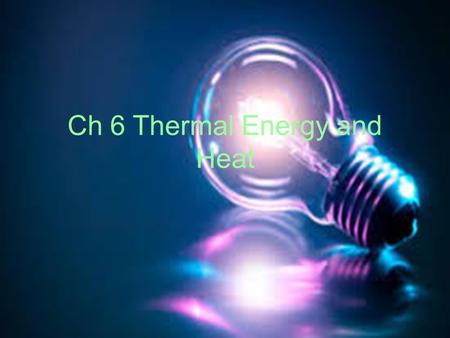 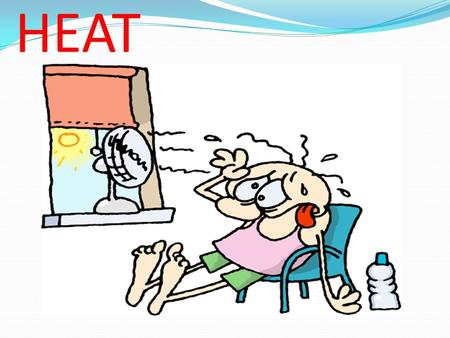 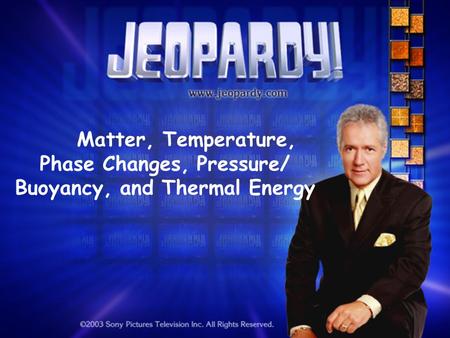 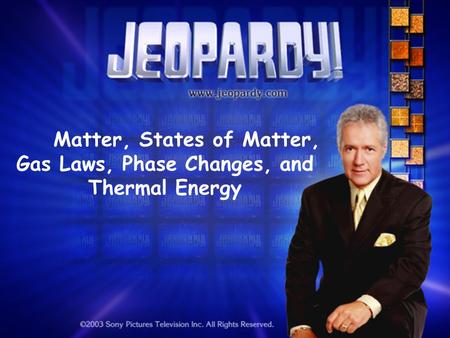 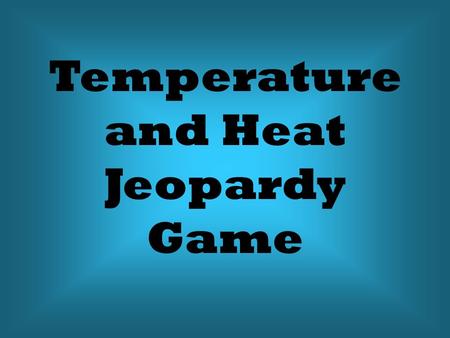 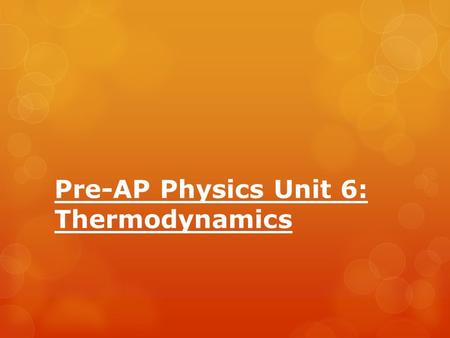 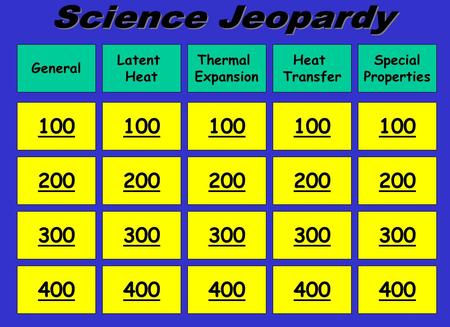