Presentation on theme: "The Single most abundant compound in most living things"— Presentation transcript:

7 Cohesion / Surface Tension
Cohesion is an attraction between molecules of the same substance. Water is extremely cohesive due to H bonding.

9 High Specific Heat Specific heat means the ability of a substance to raise 1 gram of body mass by 1°C. Water has high specific heat because a lot of energy is required to break H bonds Important because water buffers organisms' internal temperatures

10 High Heat of Vaporization
Water evaporates only at a high heat. It resists evaporating because H bonds must be broken to change states from liquid to gas Allows you to cool from sweating

12 Solutions A mixture is composed of two or more elements or compounds that are physically mixed but not chemically combined (salt and pepper) Two types of mixtures can be made with water: Solutions Suspensions

13 Water as a Solvent All of the components of a solution are evenly distributed throughout. In a salt-water solution, salt is the solute – the substance that is dissolved Water is a solvent – the substance in which the solute dissolves. Water’s polarity gives it the ability to dissolve ionic compounds and polar molecules. Water is the greatest solvent on earth.

15 Solutions and Suspensions
Ions break away from the crystal and are surrounded by water molecules. Cl -

16 Solutions and Suspensions
The ions gradually become dispersed in the water, forming a solution.

17 Solutions and Suspensions
Suspensions are mixtures of water and nondissolved materials. Blood that circulates through your body is composed of suspended cells in a liquid plasma matrix

23 Bases A base is a compound that produces OH- ions in solution.
Basic, or alkaline, solutions contain fewer H+ ions that pure water, and have a pH above 7 Basic examples include: baking soda (sodium bicarbonate), ammonia (NH3), lye (NaOH), milk of magnesia

25 Buffers The pH of fluids within most cells of the human body is kept between 6.5 and 7.5 If pH is lower or higher if will affect chemical reactions. Therefore, pH balance is an important part of homeostasis. Buffers are weak acids of bases that react with strong acids or bases to prevent sudden sharp changes in pH.

Download ppt "The Single most abundant compound in most living things" 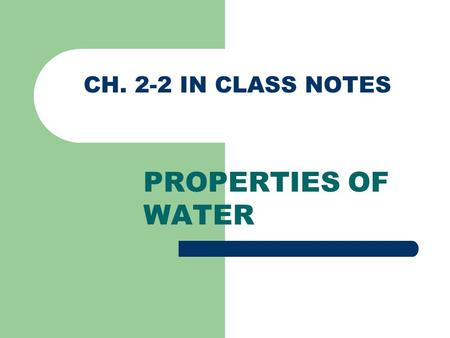 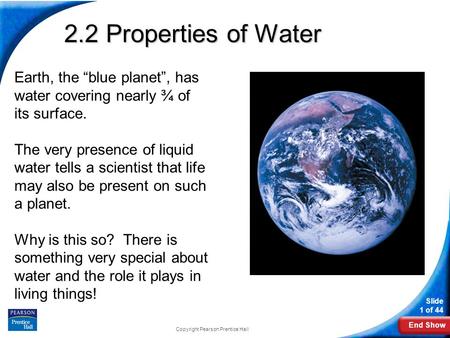 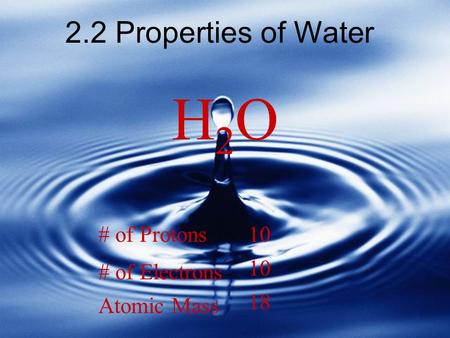 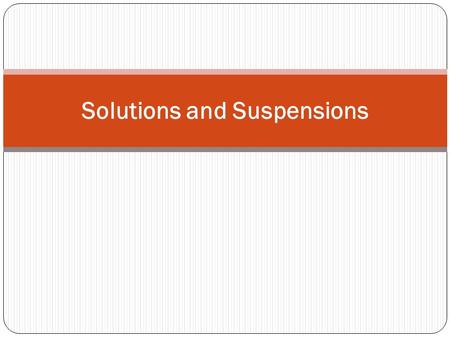 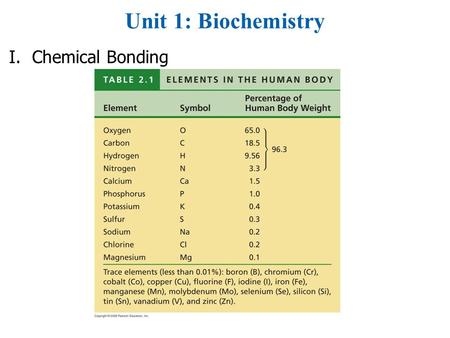 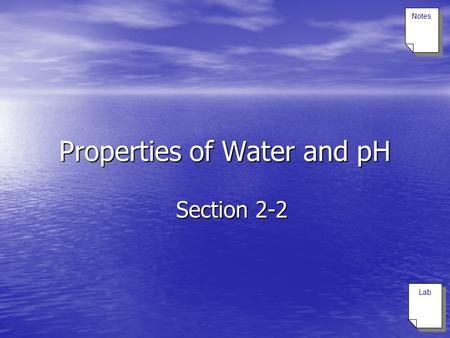 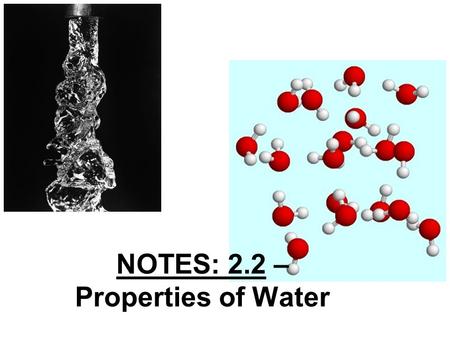