2 The Church of England was fully established (rules were not as rigid) Elizabeth is loved by the people Elizabeth loved the arts. Major art accomplishments during this time. She particularly enjoyed William Shakespeare’s plays. London becomes a leading center of culture and commerce. England becomes the dominant power in the world. Elizabethan England Queen Elizabeth I (1558-1603)

3 Elizabethan Theatre Theatre was for the masses—not just the wealthy Groundlings: poorer people who stood in the front during the performance. Women were not allowed to perform. The Globe Theatre was built by Shakespeare’s company in 1598. The Globe was 3 stories high and seated 3,000 The Globe burned in 1613 when a cannon shot in a performance caught the roof on fire. It was reponed and continued operating until 1642, when the Puritans closed it down

4 The New Globe Theatre The Globe was gone for 352 years. The foundation of the Globe was discovered and a new Globe completed in 1996 A close reproduction to the original

6 Shakespeare introduced nearly 3,000 words into the language His vocabulary was 17,000 words (an average, well- educated person had roughly 4500). His language was accessible to all He is the most quoted writer of all time William Shakespeare "Shakespeare was so facile in employing words that he was able to use over 7,000 of them—more than occur in the whole King James version of the Bible—only once and never again.“ -Louis Marder

8 William Shakespeare The Authorship Debate Suggests that Shakespeare did not write all the plays. The top three men who are claimed as possible candidates: Edward De Vere, 17th Earl of Oxford Francis Bacon Christopher Marlowe

9 William Shakespeare 400 years later, Shakespeare’s influence is still present today Over 250 film adaptations have been made from his 37 plays. Pay attention to the references to Shakespeare in everything from advertisements to entertainment to products. 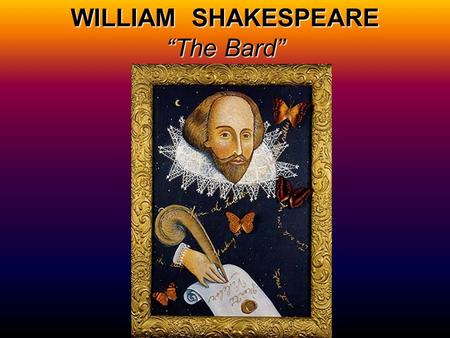 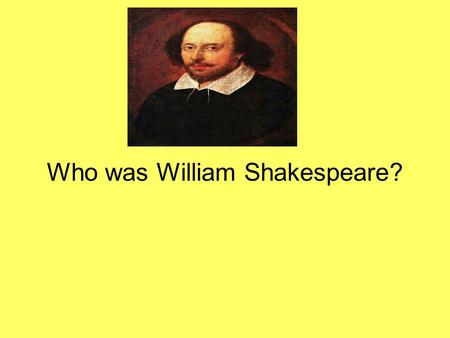 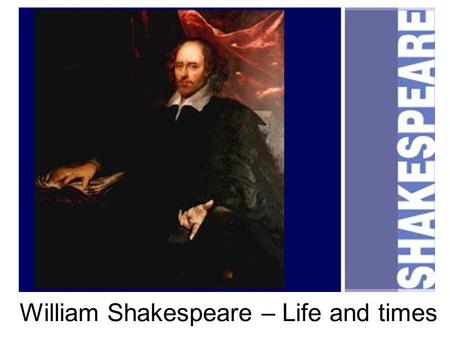 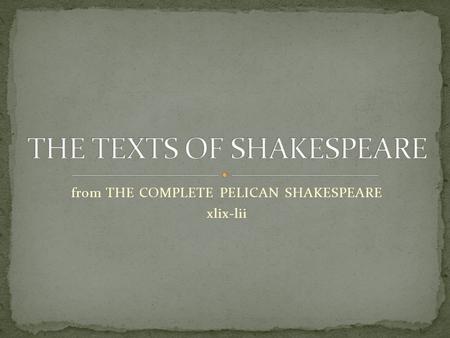 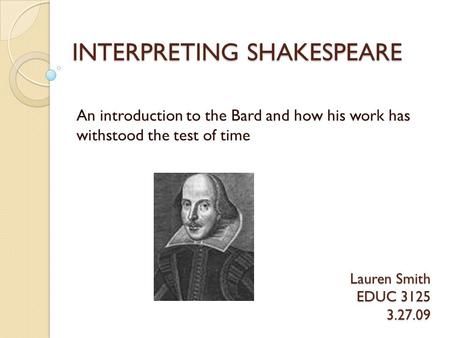 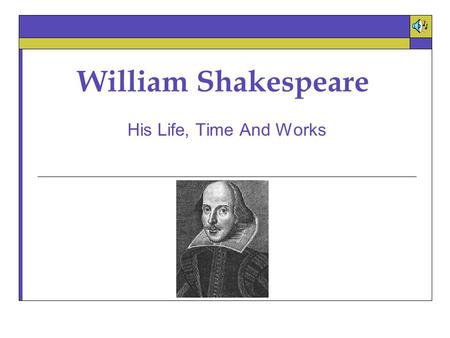