4 Copenhagen Process Initiated by the European Ministers of Vocational Education and Training and the European Commission (Copenhagen, Declaration November 2002) intending to create A single framework for transparency of competences and qualifications (New EUROPASS) A system of credit transfer for VET (ECVET) Common criteria and principles for quality in VET Common principles for the validation of non-formal and informal learning Lifelong guidance enabling citizens to have improved access to lifelong learning eChallenges e-2004Copyright 2004 DEKRA AkademieSession 6h 28 October 2004

6 e-Skills Meta-Framework Priority Action of the e-Skills Forum Preparatory Workshop May 2004 To be set up in the framework of a CEN/ISSS workshop (Start: First Quarter 2005) eChallenges e-2004 Copyright 2004 DEKRA Akademie Session 6h 28 October 2004

8 A Crucial Element of the Whole System to be set up: ECVET Purpose: To promote mobility between various national VET systems throughout Europe for students, trainees and adult learners in VET programmes, apprenticeships and work experience schemas Four operational logics: 1.A curriculum focused on outcomes/outputs combining units 2.A process of a learning pathway based on modules 3.A measurement logic (attributing credits to units and learning pathways) 4.An institutional recognition logic (by certification procedures) eChallenges e-2004 Session 6h 28 October 2004Copyright 2004 DEKRA Akademie

10 Next Steps 25 November: Presentation to the Advisory Committee on Vocational Training 14 December: Explicit reference of the proposed ECVET approach in the Maastricht Communiqué which will be adopted by the Ministers of Vocational Training Final trimester of 2004 and first semester of 2005: Continue the work of the TWG –Definition of the credit points scale –Design of a general framework for the Memoranda of Understanding between VET providers –Design of a manual for VET providers and learners –Design of an experimental framework for ECVET End of first semester 2005: Formal proposal from the Commission on the ECVET system (i.e. the principles, reference framework and the conditions for implementation of ECVET) Second semester 2005 and first semester 2006: Experimental implementation of ECVET Second semester 2006: Extended implementation of ECVET eChallenges e-2004Session 6h 28 October 2004Copyright 2004 DEKRA Akademie 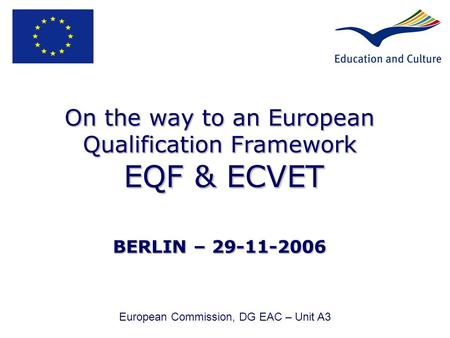 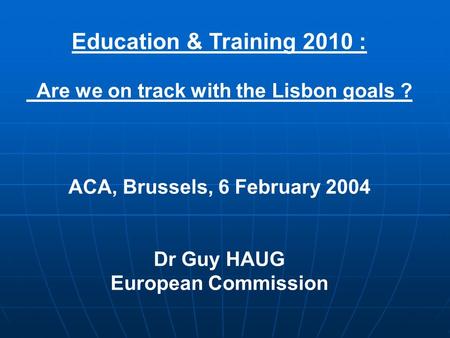 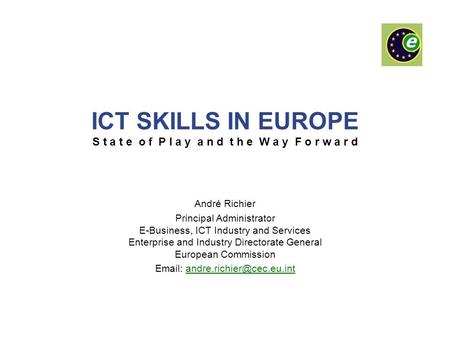 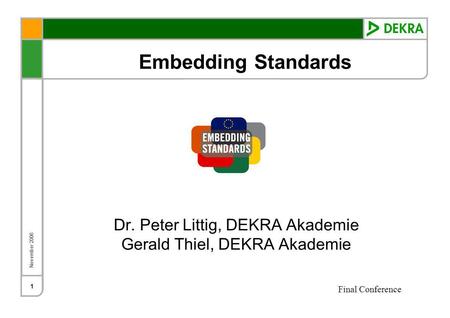 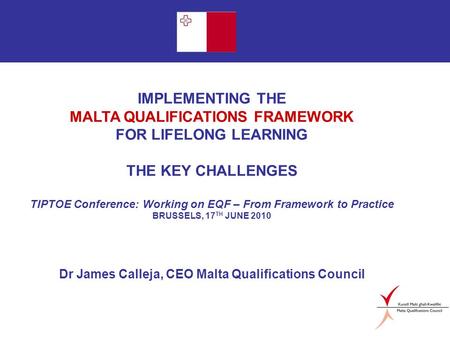 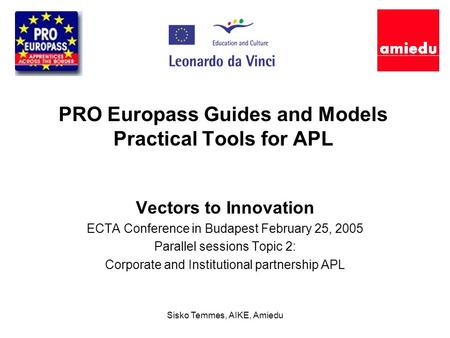 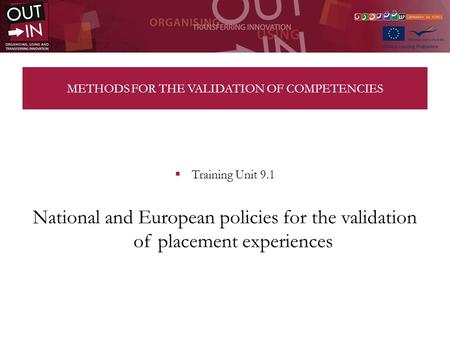 METHODS FOR THE VALIDATION OF COMPETENCIES Training Unit 9.1 National and European policies for the validation of placement experiences. 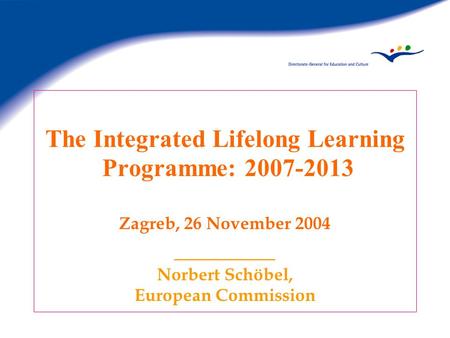 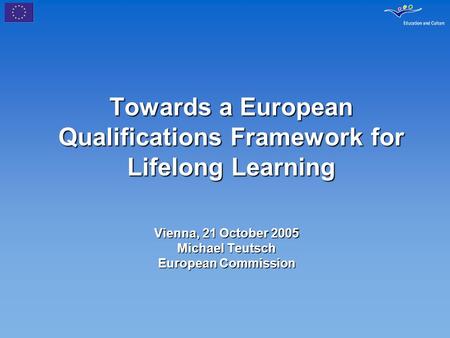 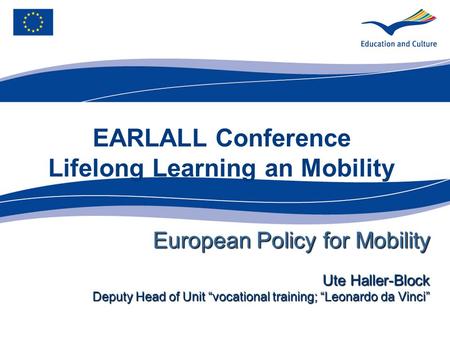 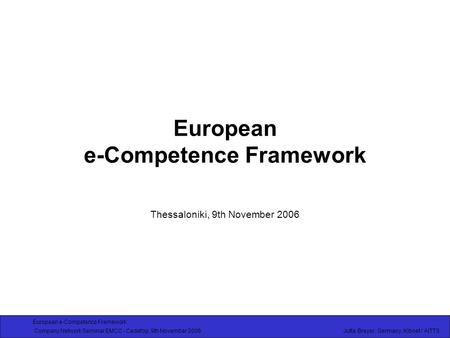 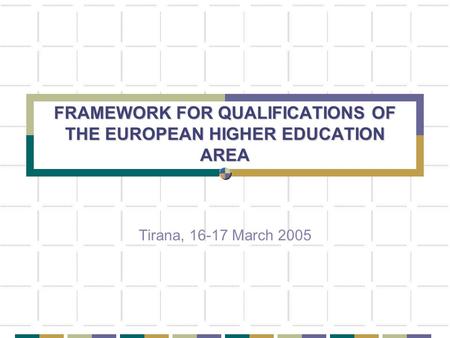 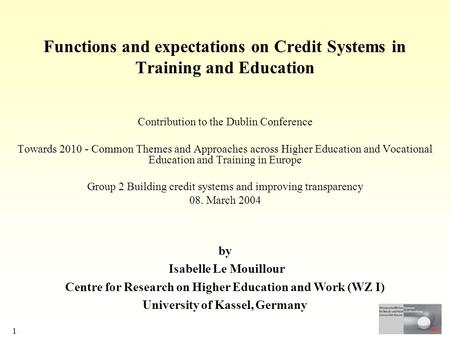 1 Contribution to the Dublin Conference Towards Common Themes and Approaches across Higher Education and Vocational Education and Training in Europe. 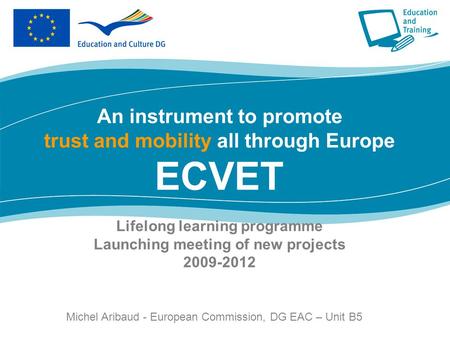 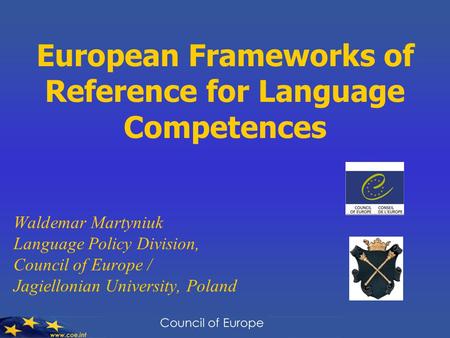 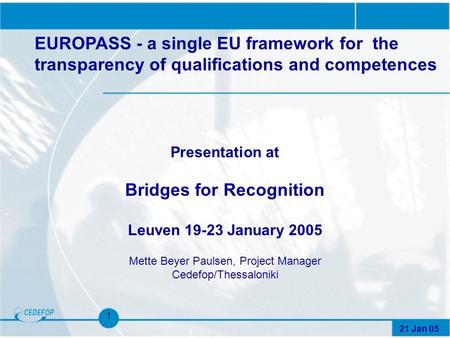 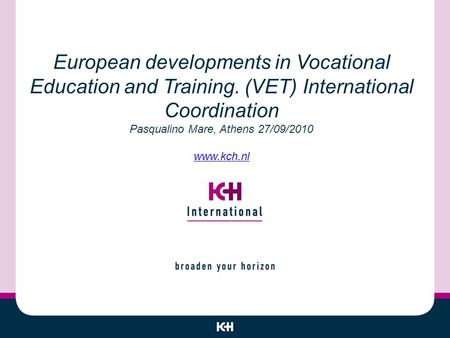